John K. Campbell and his ethnography of the Sarakatsani: a defining moment for social research in Greece

British anthropologist John K. Campbell (1923-2009) is recognized as one of the most important figures in Modern Greek ethnography. His research in the early 1950s among the transhumant shepherds of Northwestern Greece, the Sarakatsani, which led to the publication of the monograph Honour, Family, and Patronage: A Study of Institutions and Moral Values in a Greek Mountain Community, is still considered an inaugural moment for the academic field of Social Anthropology in Greece. Following this ethnographic research, John Campbell did not cease to work on Greek matters from positions in Greece and at the University of Oxford, while moreover helping training new generations of young Anthropology and History scholars that would later go on to hold professorships in Greece and the Anglo-American world. 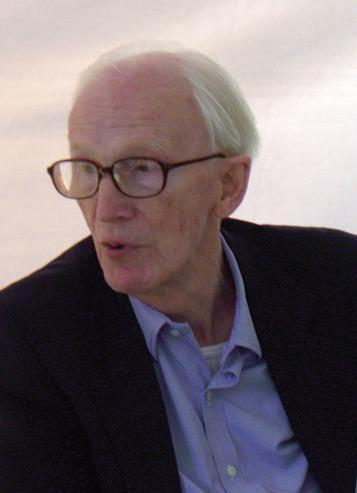 John Campbell at the presentation of his festschrift, June 14 2008.
Courtesy of Michael Herzfeld.

An anthropologist with a varied academic background

Born in London in 1923, John Campbell studied Classics and Latin before being awarded an Ancient History scholarship at the University of Cambridge in 1941; however, Campbell would soon switch to Economics, given the then gloomy situation in world politics (Herzfeld 2010). His studies were in fact interrupted by war, as he served and fought during WWII in Italy. He subsequently found himself in Greece, where he took part as a British soldier in “General Scobie's confrontation with the Greek communist forces (ELAS) in December 1944” (Telegraph 2009). This rather peculiar first experience with Greece also gave Campbell the opportunity to visit Southern and Central Greece after the end of the hostilities. Following his war experience and an illness that led to a year-long stay in Switzerland, he finally switched from Economics to Anthropology and later moved to Oxford where he embarked on his doctoral research under the Cypriot anthropologist JG Peristiany (Clogg 2009, Telegraph 2009). He subsequently chose to focus his ethnographic work on the Sarakatsani.

Campbell’s work among the Sarakatsani

Campbell’s endeavour can be placed in the broader context of the growing interest in Anglo-American academia for European peripheries; Social Anthropology was slowly relocating its focus on countries that until then were not considered par excellence loci of ethnographic research (as were colonial settings in Africa or Asia). At the same time, the geopolitical stakes of the Cold-War, as well as the developmental projects underway (most notably, the Marshall plan in Europe) seemed to create the need for social knowledge among national and foreign policy planners. As Evthymios Papataxiarchis points out, the post-war period saw the rise of the number of foreign social researchers that brought new methods and perspectives to Greek social sciences; in the case of Social Anthropology, this also meant a relative divergence from the more traditional methods and perspectives of the Greek academic field of  folklore studies (or laografia) (Papataxiarchis 2013).

The work of John Campbell stands until today as an exemplary work of Social Anthropology. In detaching himself from orientalist preconceptions and by adopting a balanced approach towards the value system of the Sarakatsani community, John Campbell was able to provide an integrated ethnographic account of a poor Greek community and its relationship with the national political system. Without disregarding the limitations and choices that his overall epistemological framework entailed, we are still faced with an excellent account, in which Campbell avoided essentializing the dominant symbolic value system (especially the so-called ‘original sin’ of the Christian tradition) as transhistoric or overdeterminating, but rather chose to view it as a dynamic framework conditioned by necessities, resource management, and strategies. As Michael Herzfeld points out, one of the ethnography’s strongest points lies in that it was able to bring to the fore the intertwinement of official religious theodicy, folk beliefs and practical rationality – a domain that was up until then limited to analyses of non-European “others” (Herzfeld 2010). At the same time, as Evthymios Papataxiarchis suggests, Campbell’s analysis allowed us to view value systems in their elasticity and their day-to-day functionality, while incorporating an acute perspective on gender relations (Papataxiarchis 2010).

The circumstances of Campbell’s ethnography work in Greece are further telling of the close intertwinement of local politics, geopolitics, and academia at the time. His research in 1954 was facilitated by his close acquaintance with Greek politician Panagiotis Kanellopoulos. Nonetheless, after the latter ceased to be Minister of National Defence, Campbell was expelled from the area in Epirus where he was conducting fieldwork, given the then tensions in Greek-British relations – Campbell’s presence often leading to suspicions of spying. In this sense, given also the particular introvert nature of the Sarakatsani communities at the time and the harsh living conditions in post-war rural Greece, Campbell’s ethnography, which was accomplished with the help and the continuous presence of his wife Sheila Methven, was not an easy task even in simple practical terms (Clogg 2009, Telegraph 2009). 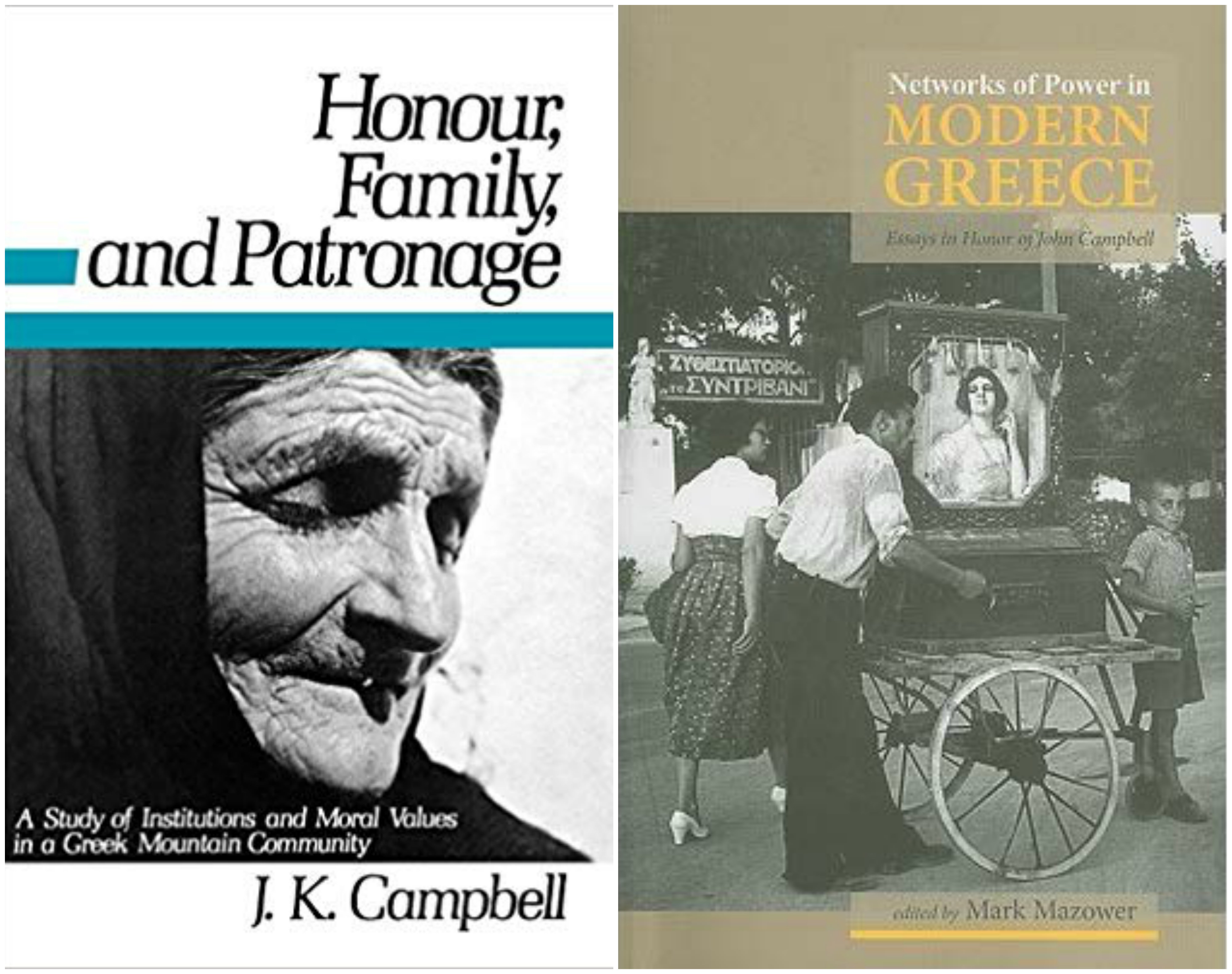 John Campbell would continue to write and publish on Greece for several years, while holding teaching and administrative positions at the University of Oxford (including St Antony’s College) , which he helped turn into one of the most important research centres for Modern Greek History in Britain (Llewellyn-Smith 2008). Moreover, he had the opportunity to work for one year as temporary director of the then Athens Centre for Social Sciences in 1962, where he collaborated among others with economist and future Greek PM Andreas Papandreou. Throughout his career, he supervised more than 30 doctoral theses, mostly in relation to Greek topics, while he was awarded an honorary doctorate degree by the Aristotle University of Thessaloniki in 2000 (Llewellyn-Smith 2008). A year before he passed away he saw a festschrift published in his honor, Networks of Power in Modern Greece: Essays in Honor of John Campbell. 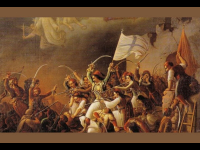 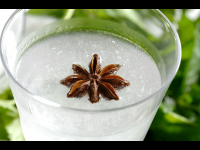 All about “Ouzo”, Greece’s national drink
If there is ever a drink that symbolizes Greece, it is ouzo. Considered the country’s ...
Read more 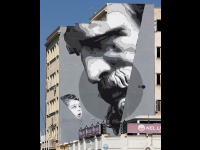 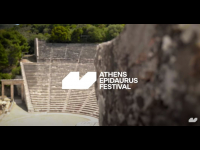 Athens & Epidaurus Festival enters a new era
Greece’s biggest cultural festival and one of the oldest in Europe, the Athens & ...
Read more 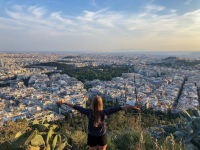 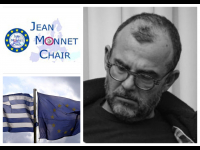 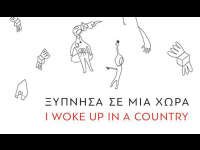 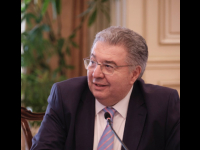 Which are the main challenges when transcribing #poetry in Braille? Which initiatives are necessary to enable acce… https://t.co/DLJnuvPy1V
Follow Greek News Agenda on Twitter