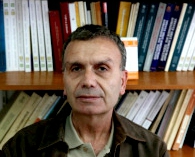 Dionisis Balourdos, demographist and economist at EKKE (National Centre for Social Research), recently directed a study on the aging population problem in Greece on behalf of diaNEOSIS. As things stand, Greece has recorded an extremely low fertility rate over the last thirty years, a trend that’s been further reinforced by the recent economic crisis. Greek News Agenda and its sister publication Grèce Hebdo* spoke with Dionisis Balourdos on the relationship between the economic crisis and demographic trends, as well as fertility policies in Greece and Europe.

For the last few years, Greece has had one of the lowest fertility rates in the world - 1.35 children per woman in 2017. Can you explain to us the causes and consequences of this phenomenon?

The financial recession -usually linked with higher unemployment rates, job instability, increased financial and job insecurity for young adults and decreased real income- directly affects family income and the opportunity cost associated with childcare, thus likely resulting in a significant decrease in birth rates. Many couples postpone having children waiting for the economy to improve and this, in some cases, eventually takes a toll on fertility. Continuing population aging and inversion of the population pyramid are a direct result of this development which, among other things, leads to an increase in health and long-term care costs. 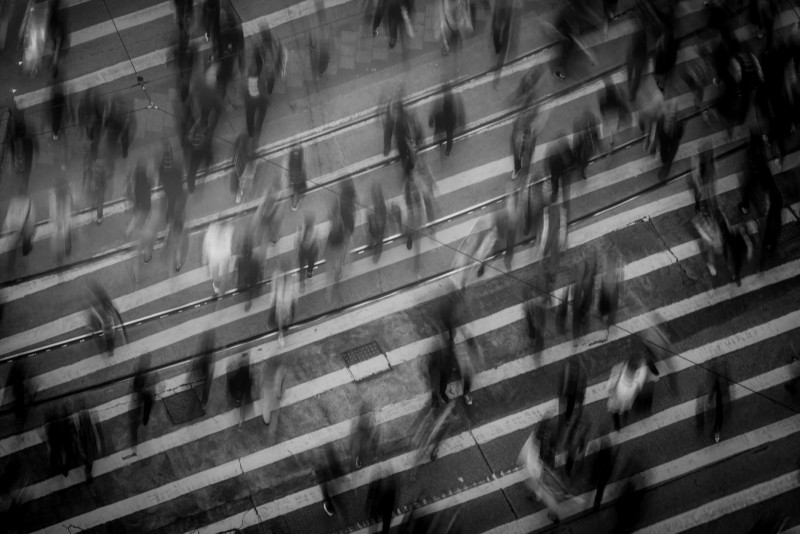 Do recent demographic changes in Greece reflect shifts in the structure of the Greek family? To what extent does the Greek case reflect wider trends in Europe?

In most European countries, families are not stable, their average size is shrinking, and there are more late marriages and more divorces. There is an increase in cohabitation outside marriage as well as a rise in the number of people from all age groups living alone. There is also an impressive increase in the number of children living with a single parent (the overwhelming majority of these parents are women) and a decrease in the number of couples with children. It is indicative that women have children at an older age. In general, these developments are observed in all European countries, with variations in pace and intensity. It is however worth noticing two major differences or "extremes" in our country. The first has to do with out-of-wedlock births, which accounted for 10.3% of all births in Greece in 2017 – the lowest rate in the EU-28. In other European countries it was over 50% (Netherlands, Denmark, Sweden, Portugal, Norway, Estonia, Slovenia, Bulgaria, France, and Iceland). The second has to do with "final childlessness" for women. Things look worrying. This is a rapidly growing phenomenon. Looking at women born in 1965, we see that 16.3% did not have children, while the percentage was relatively smaller (10.3%) in women born in 1960. The increase in childlessness in Greece is associated with a smaller percentage of women with only one child. It is very likely that among women born in the 1970s and 1980s, final childlessness will increase due to bad financial circumstances and other factors associated, for instance, with gender equality, barriers to labour market absorption etc. 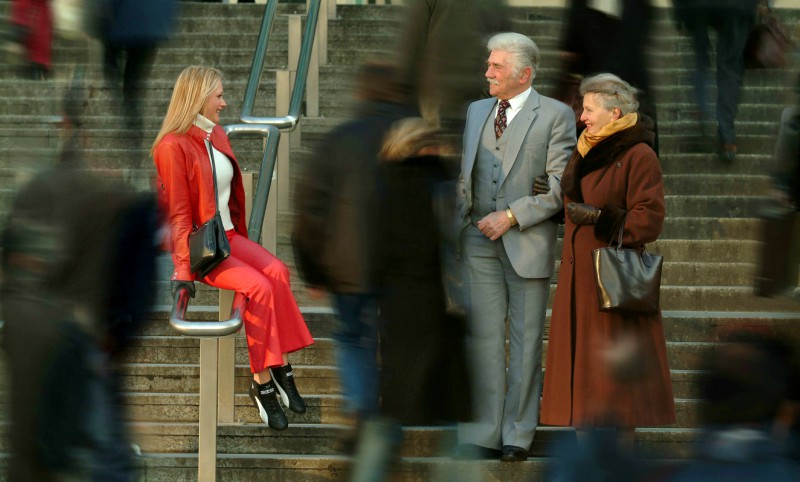 The recent study by diaNEOsis examines the correlation between low fertility rates and the economic crisis. To what extent do recent changes in fertility resemble those taking place in past crises?

Periods of economic crisis usually go hand in hand with periods of constraint and fertility decline. However, each period must be examined taking into account the specific financial and social-demographic conditions of the time. For example, the Great Depression in 1930s USA has had a strong negative effect on fertility. There was a postponement and low birth rates that lasted quite some time. In addition, it took place at a time when, on the one hand, fertility was high (over 2.5 children per woman) and, on the other hand, its decline was already underway for two decades due to the wider access to contraception.

In Europe, the effects are mitigated and depend on the generosity of social welfare systems and the responses in each country. The relative increase in births in the early 2000s came to a halt when the economic and financial crisis began. Increased inequality and high unemployment rates among young people and women are among the main factors behind birth decline. In this context, fertility began to decline drastically and to range below 1.5 children per woman in countries like Greece.

Your research makes extensive reference the "Low-Fertility Trap" hypothesis. What are the main mechanisms defining this phenomenon?

The demographic situation in Greece as well as in most of the countries of the European Union is described as a "Second Demographic Transition". This is an approach which perceives sub-replacement fertility levels (below 2.1 children per woman) as an irreversible fact. At the same time, it provides a conceptual framework for interpreting new demographic behaviours (i.e. cohabitation outside marriage and out-of-wedlock births). It is in fact argued that once fertility falls below a certain level (1.5 children per woman) and stays that way for a prolonged period of time, as is the case in our country, a self-reinforcing demographic regime (Low-Fertility Trap) is established, from which it is hard to escape, and goes like that: due to past low fertility there will be fewer potential mothers in the future. It is obvious that fewer women will give birth to ever-fewer children. This leads to changes in social values ​​and creates new family models (i.e. a smaller real and, consequently, ideal family size). At the same time, young people, particularly in the period of financial recession, are unable to fulfill their expectations from a financial-consuming point of view and resort to the postponement of childbearing for a later stage. This precisely is the main reason for low fertility (including in Greece), i.e. postponing having children until the economy improves.

Low fertility levels lead to a cumulative acceleration of the above-mentioned mechanisms, creating a trap making recovery very difficult. Let's not forget that Greece has been in this trap since 1987/88 (about 30 years). 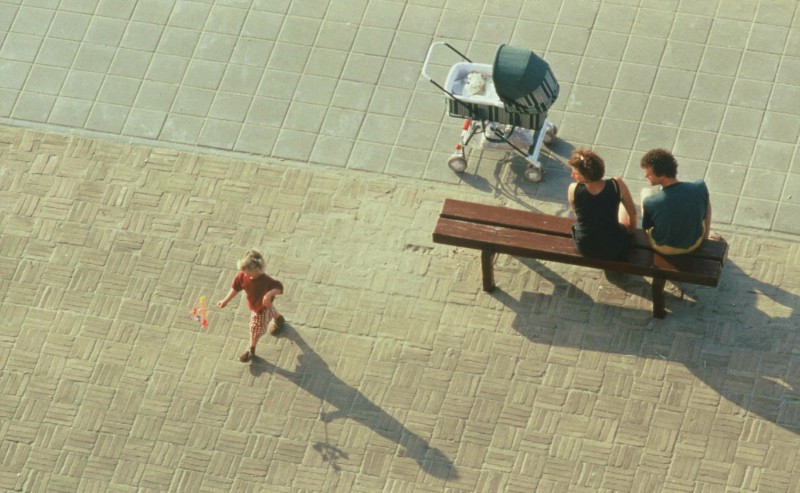 A society’s demographic situation is directly associated to women’s position and their rights. In what ways are fertility policies required to take into account women’s physical burden, but also their reproductive rights?

Although the answer could be much more intricate, I will focus on the approach which uses as its point of reference the issue of gender equality and the shift in women’s roles in society and institutions within a Second Demographic Transition. Although in some countries women are presented with better options and opportunities, gender inequalities in the labour market still exist and are caused by childbirth and time off work. In other words, women suffer a kind of "motherhood penalty". In other cases, however, the increase in education level amongst women has led to a demand for more equality within the small family nucleus. The current institutional framework can, nevertheless, form a key component of positive upward trends in fertility, as in the example of France and the Nordic countries. We’re talking about places where families are entitled to a high level of state aid, especially in the form of childcare services and “mandatory” paternal leave (particularly in Nordic countries) and where the general policy formula supports equality and employment for women. As a result, women's economic activity rates in these countries are high, and so is fertility. Equality also covers other important matters such as efficient protection against and condemnation of violence against women, their reproductive rights, etc.

By contrast, in countries like Greece for example, where family support is essential (in matters of childrearing), while policies supporting more traditional gender roles are backed by institutions and values, the conflict between new roles, opportunities and possibilities for women, on the one hand, and the “motherhood maternity" and intra-household gender inequality, on the other, is forcing women to delay and / or completely renounce childbearing. 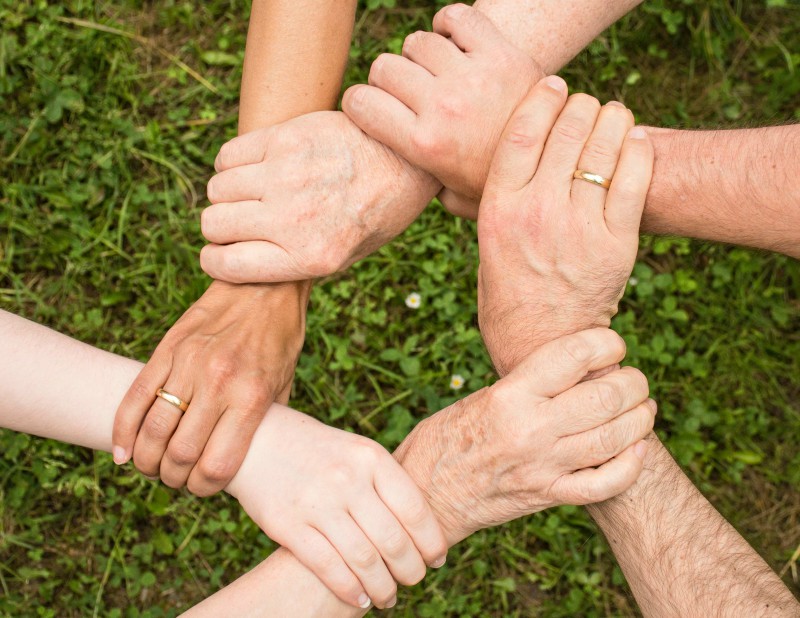 Do child benefit policies constitute a comprehensive response to the problem of low fertility in Greece?

Modern policies have moved away from the one-dimensional benefit programme, which is considered inefficient and clientelist. A widespread trend in the countries of Europe is the use of a combination of measures with an emphasis on reconciling career and family life and inciting people to work. This targeting is a special type of family policy, in the sense that both parents are increasingly encouraged to be economically active, by facing fewer burdens linked with childcare. This may be the best long-term strategy to boost fertility levels. The examples of France and some Nordic countries demonstrate that this is not impossible. It requires a combination of policies and incentives provided by the state and statutory regulations allowing mothers to remain a part of the workforce and have their own income.

Policy also values the father’s role. For example, Germany's traditional child support model (single allowance) was customarily given to mothers, who were the caregivers – often because they had lower wages. Now, the parental leave system allows both parents to be entitled to two-thirds of their previous earnings while on parental leave. This policy forms part of a groundbreaking (favourable) legislation that gives families more flexibility in the distribution of responsibilities concerning newborn care. This is particularly important in the process of deciding to have a first or second child, especially when it comes to two working parents and / or middle-class parents. At the same time, there is improved access to services oriented to children's social rights (i.e. pre-school and other educational services as well as healthcare services) and an emphasis on parents' responsibilities, particularly fathers’ financial obligations. As a result, the fertility rate in Germany in 2016 rose to 1.59 children per woman (a figure that hadn’t reappeared since 1982).

In Greece, we need a comprehensive and effective policy. It should not be one-dimensional (based on allowances or patronage) but, instead, founded on a package of measures on the basis of gender equality, with clear objectives, not simply assessed by cost but also evaluated and with their effects continuously monitored. After all, what matters eventually, apart from the evaluation and the extent of the impact of those policies, is their symbolic effect and how it is perceived by parents.

Read more via Greek News Agenda: Maria Petmesidou on the past and the future of the Greek welfare state