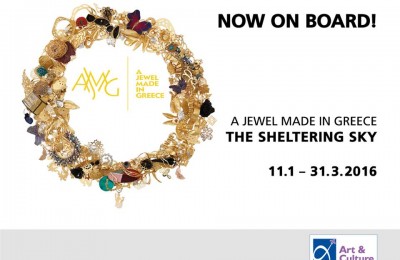 Travelers and visitors οf Athens International Airport Eleftherios Venizelos will have the opportunity to admire the exceptional work of Greek jewelry designers, at the new exhibition, under the title: “The Sheltering Sky”, in collaboration with the platform “A jewel made in Greece”.

From January 11 to March 30 the exhibition will present an impressive mosaic of Hellenic civilization and modern art through the creations of 33 Greek jewelry designers and known brands. Moreover, on the occasion of the anniversary of 150 years of the foundation of the National Archaeological Museum, a short film will guide the exhibition's visitors to the halls of the National Archaeological Museum, revealing the panorama of the ancient Greek art of jewelry and the treasures of the historic, monumental Athenian building, with the actress and High Priestess at the lightning ceremony of the Olympic Flame, Katerina Didaskalou, in the leading role.

At the same time, visitors will have the opportunity to vote for their favorite jewel, through a special voting that will be carried out both through digitally and through a ballot box, placed in the exhibition area. The jewel with the most votes will be titled “The Jewel Made in Greece” in an award ceremony that will be held at Athens International Airport. 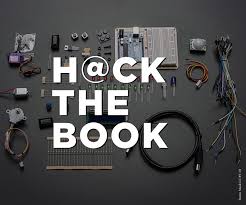 The Onassis Cultural Centre in collaboration with the Europeana Space Network, invites designers, artists, publishers, programmers, authors, poets, hackers and entrepreneurs to a marathon which will redefine the book. The marathon will revolve around programming, design and entrepreneurial innovation.

Hack the Book is a Festival for entrepreneurs, designers, developers, publishers, content curators and creators, who will have the opportunity to rethink the book. The festival will include workshops, talks and a 2-day hackathon that will focus on creating a ‘phygital’ (physical + digital) book from scratch using infrastructure offered by Europeana Space by remixing and building upon Europeana content. 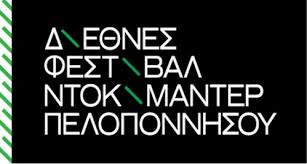 The “2nd International Documentary Festival Peloponnese-Kalamata” includes a Panorama of 76 Greek and foreign film productions of the last 5 years.

Amongst the foreign guests will be attending Frode Storaas from Norway and Martin Gruber from Germany both ethnologists-directors on the grounds of tribute to Norwegian Ethnographic documentary and visual anthropology, as well as Manolo Sarmiento from Equador and Hugo Marta from Salvador on the grounds of tribute to Iberian-American documentary. There will also be a tribute to George Kolozis with a screening of six of his films 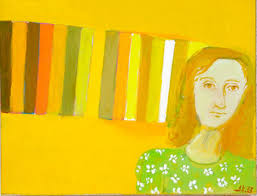 The Benaki Museum's Pireos Street annex presents “Dimosthenis Kokkinidis: Unrecalled Rolled Canvases 1952-1974,” an exhibition of works that had remained stacked in the artist's studio for over 30 years. The show includes 40 artworks, including two recently rediscovered diptychs, covering a creative period stretching from 1952 to 1974.

The exhibition is enriched with drawings and printed material which contribute to the implementation of the exhibited works. Alongside audiovisual material presents the artist’s commentary during the art finding and framing, as well as his present intervention at an earlier composition from the series "Neighborhoods".