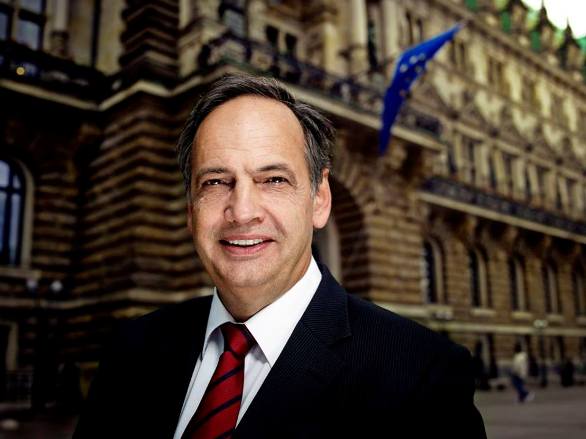 Knut Fleckenstein is Member of the SPD (Sozialdemokratische Partei Deutschlands/ Social Democratic Party of Germany) and Foreign Affairs Coordinator of the Group of the Progressive Alliance of Socialists and Democrats in the European Parliament. Fleckenstein spoke to Angeliki Spanou in an interview with Nea Selida newspaper about the impact of the German election on the EU and Greece, stressing that SPD concentrates on bringing back social justice to Europe, securing stable growth and overcome austerity driven policies.

The election in Germany will influence all of the Eurozone and the EU, isn’t that so?

Yes, the elections in Germany will have an impact on the Eurozone and the EU: in the case of a change of government, we would not concentrate on austerity policies but bring back social justice to Europe.

Is the result of your elections important for Greece? We are talking too much about the political landscape in your country...

There won’t be a revolution either way. However, a victory for Martin Schulz would mean a German chancellor who really aims to boost investment, e.g. in education, infrastructure and innovation. To promote jobs, secure stable growth and overcome austerity-driven policies is more important to us than it is to Merkel’s conservatives.

What is the secret of Angela Merkel? How does she still manage to persuade the majority of German society (according to polls)?

In turbulent and uncertain times, people tend to prefer what they already know. Germany has weathered the crises of recent years relatively well, albeit sometimes at the expense of third parties. It is not usually easy for citizens to realize and fully understand these complex relations.

Is there any possibility that Mr Schauble will not return as Minister for Finance in the next German government?

I assure you that I will do my best until Election Day.

In Greece we were talking about the "Schultz effect" some months ago. What went wrong with SPD?

It is difficult to answer this question before the German Election. But if the polls are correct, I can think of three reasons: First of all, generally speaking, people tend to prefer “what they already know”. Secondly, Angela Merkel systematically refuses a public debate with Martin Schulz. That makes it difficult for us to clearly present our position. In addition, and probably understandably so, the media still focuses on Merkel; she was the one who, for example, attended the G7 summit. In contrast, Schulz doesn’t have such a public and media-effective mandate. However, I think it is more important to analyse the result after the election - nothing is decided yet.

Will the SPD be part of the next government? Is this related to the percentage you will gain?

If Martin Schulz will be the next German chancellor, of course; if Angela Merkel remains chancellor, I seriously hope that she will build a government with the liberals. Our campaign shows how difficult it could be to win an election if you are part of the government. I believe that Germany absolutely needs a strong opposition.

Some analysts say that SYRIZA is ready to make a turn towards the social-democratic parties of Europe. Others maintain that it is stuck in the political contradictions of a party that used to identify itself as part of the "radical left” and yet has governed Greece by submitting to the demands of the country’s lenders. Where do you think SYRIZA belongs or should find itself in the future?

I do not want to and I should not interfere in SYRIZA’s internal discussions. They should figure out their positions and define where this will lead them in the future. However, I personally welcome a rapprochement with the social democrats.