BOOK OF THE MONTH: ‘The Great Chimera’ by M. Karagatsis

Renowned among Greek-speakers all around the world and read today as widely as when first published, The Great Chimera, together with Colonel Liapkin  and Junkermann, compose M. Karagatsis’ trilogy of novels, which explore how foreigners fare on the rough and dramatic land that is Greece, full of conflicts between its ancient traditions and its war-torn modern history. 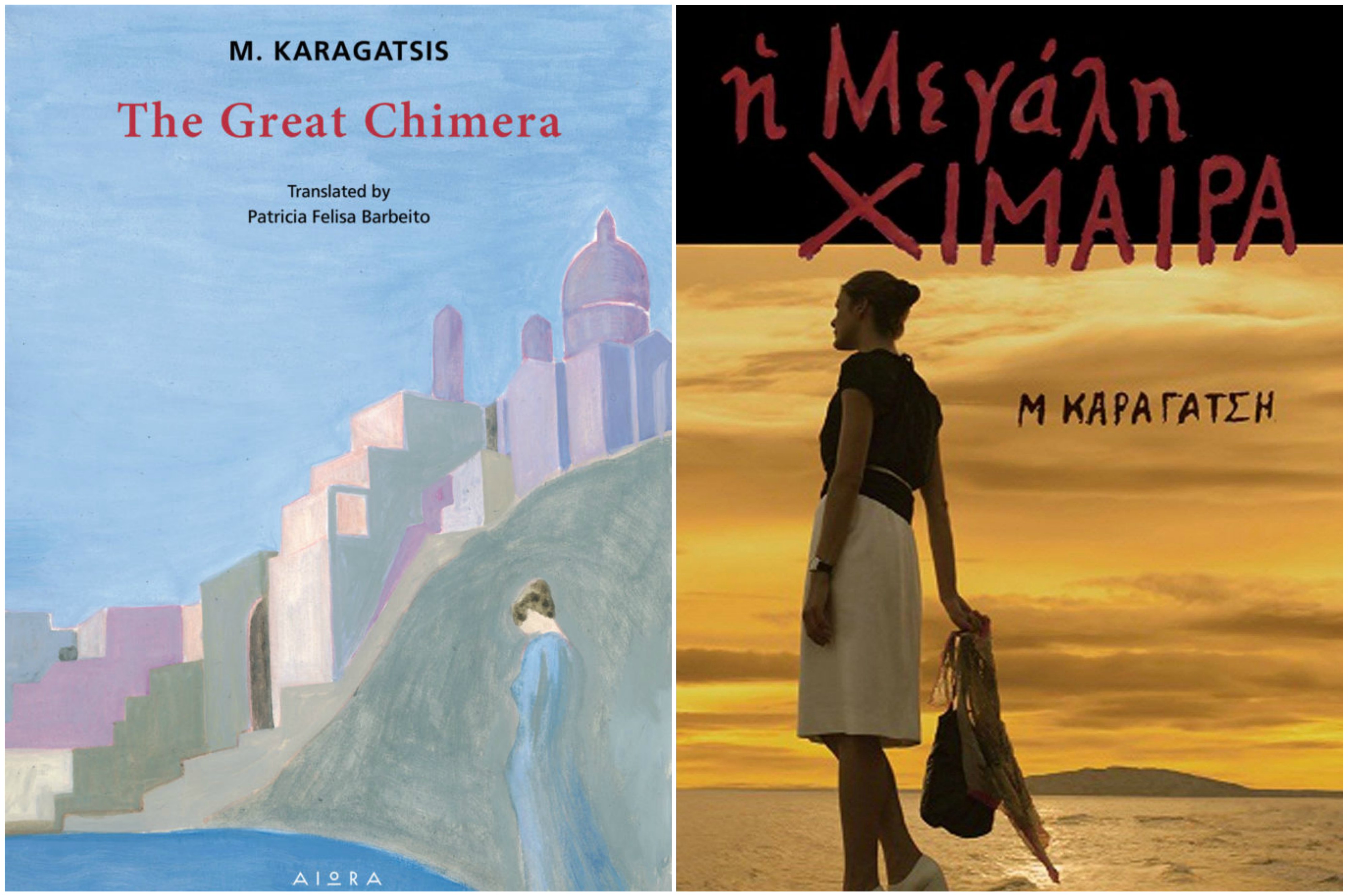 In The Great Chimera, Marina, the main character, a Frenchwoman passionate about classical Greek culture, moves to Greece after having fallen in love and married a Greek ship-owner, carrying her deep psychological traumas with her. Greece, with its austere implicitly, leads one to confront oneself; this sensual, fatally alluring place, will drag Marina into a passionate vortex with no way out, leading her to self-destruction. Karagatsis creates a bourgeois drama with deep ideological quests about Greek identity and the relation between Ancient and Modern Greece and the West. Within the canvas of a love-story in the form of an Ibsenian triangle, the perceptions of life, tragedy, realism, romantic reverie and, sometimes, paradox are intertwined.

Set in the early decades of the twentieth century, The Great Chimera is an exquisite account of the inner life of the heroine, and the collisions of different cultures and ways of being. In prose that ranges from the lyrical to the tersely realist, Karagatsis weaves a classic tale that is wide-ranging in its literary references, and devastating in its psychological nuance. This modern Greek tragedy has been made into a TV series and a highly acclaimed stage play, enjoying three sold-out seasons in Athens, and an international tour.

To use the words of Professor of Modern Greek & Comparative Literature, David Ricks, “among the novelists of Greece’s gen­eration of the Thirties, it is Karagatsis whose works still have the greatest  appeal to the common reader. Patricia Barbeito’s dextrous translation ofChimera—the first in English—gives a good sense of why this is the case. A new audience will now discover Karagatsis’ vivid narrative gifts”.

M. Karagatsis is the pen name of the Greek novelist, journalist, critic and playwright Dimitris Rodopoulos. He was born in Athens, lived in Larissa and studied law in France. The initial "M" stands for Mitya, the Russian diminutive of Dimitris. "Karagatsis" is derived from the "Karagatsi" tree, under the shadow of which he used to write as a young writer. Considered one of the leading authors of the ‘30s Generation, Karagatsis has been characterized as primarily a prose writer of the illusory reality of persons and situations. His writing is bold, sensual, with great imagination and a unique narrative style.

He died in 1960, at the age of 52, leaving unfinished the novel he was working on at the time, Number 10. The last words he wrote, which were, in fact his last words, were “don't make me laugh!” His sizeable work (short stories, theatre reviews and, above all, novels) is published by Hestia. His books have been translated mainly in German but also in Italian, French and English.