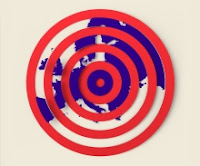 Following on from the Balkans and Latin America, it’s the turn of the radical, independent Central European scene to ‘occupy’ the Onassis Cultural Center from November 11 to 29.

Invited to Athens for the 3rd Transitions festival, the new generation of artists from Hungary, Poland, the Czech Republic and Slovakia balance between the classic texts of their formidable literary traditions and mixed, experimental forms, which inhabit the grey zone between film, theatrical installation, performance, dance and documentary theater. This third and final cycle of Transitions includes performances, seminars, discussions, readings and screenings for independent cinema lovers to delve into. 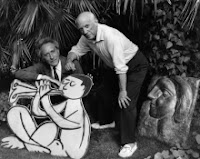 The B&M Theocharakis Foundation in Athens presents "Pablo Picasso-Jean Cocteau: The Pioneers of Modernism", an exhibition exploring the friendship between the avant-garde Spanish and French artists. Running until February 28, 2016, the display features paintings, engravings, ceramics and publications tracing the common interests shared by the two artists, including bullfighting and mythological themes.
"The Capulets and the Montagues"

The Greek National Opera presents a new production of Vincenzo Bellini’s "The Capulets and the Montagues" at the Athens Concert Hall from November 13 to 21. This will be the first time that the opera, filled with Bellini’s wonderful, endless melodies, will be presented by the Greek National Opera in co-production with Arena di Verona and the celebrated Teatro La Fenice, where it premiered in 1830.
Romeo’s part, which was initially written for a woman’s voice, like it was still usual at the time, will be alternately performed by Irini Karaianni and Mary-Ellen Nesi. The Opera and Choir will be led by Lukas Karytinos.
Tasting Nemean wines in Athens

Winemakers from the region of Nemea in the Peloponnese will be presenting their labels at the Hotel Grande Bretagne in Athens on Sunday, November 15. The wine tasting event runs from 1 to 8 p.m. and will allow wine lovers and professionals to taste wines from 32 different producers. The day’s program also includes the presentation of a scientific project on the region’s wines as well as a raffle.