On this week's culture and events agenda: Lectures by French philosopher Alain Badiou and distinguished professor and writer Etienne Balibar, the 3nd Mediterranean Yacht Show in Nafplio, the “Women of Passion, Women of Greece” theatrical performance, the Bob Theatre Festival, Beethoven’s Symphony No 9 by the Thessaloniki State Symphony Orchestra, the NAFPLIO – ARTIVA 2nd Band Festival, and a series of sports events, namely the 6th Green Half Marathon Race in Lefkada, the 1st Crete Marathon, the Syros Downtown International Race 2016 and the Run Greece event in Ioannina. 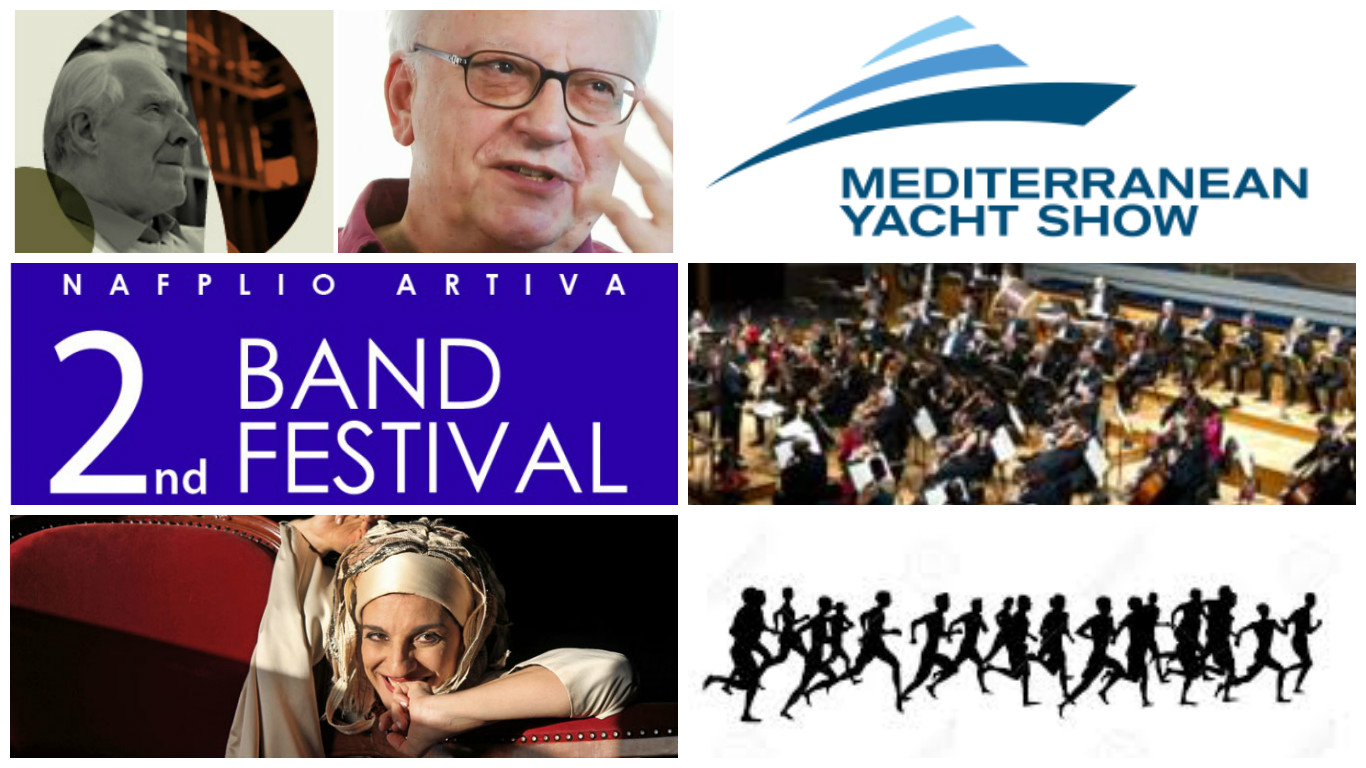 The French Institute in Athens is hosting French philosopher Alain Badiou on May 5, who will be delivering a lecture titled “What Is Politics Today?” Badiou, formerly chair of Philosophy at the Ecole Normale Superieure, was also a founding member of the faculty of Philosophy at the University of Paris VIII. The event starts at 7 p.m. and admission is free of charge, based on a first-come, first-served basis.

The Athens Concert Hall is hosting a lecture by Etienne Balibar, Birkbeck Institute Professorial Fellow 2007-14, titled “The Idea of Revolution: Yesterday, Today and Tomorrow,” on May 6. Balibar, Professor Emeritus of moral and political philosophy at Universite de Paris X Nanterre and Distinguished Professor of Humanities at the University of California in Irvine, has penned several works on Marxist philosophy, and moral and political philosophy in general. The event will be in English with simultaneous translation into Greek.

The 3nd Mediterranean Yacht Show will be held on 7-10 May at the picturesque town of Nafplio, under the auspices of the Ministry of Economy Infrastructure Shipping & Tourism. The Mediterranean Yacht Show is a targeted trade show for professionals. It is the main yachting event that will display in the best possible way the “crème de la crème” of the licensed and highly professional yachts and crews in this part of the World.

The Railway Carriage Theatre “to Treno sto Rouf” presents the theatrical performance in English “Women of Passion, Women of Greece”, which offers a symbolic journey full of humour and emotions from ancient to modern Greece. An old wagon is transformed into a theatrical stage where the mythological, hieratic figure of ancient Greek tragedy, Medea, meets the contemporary “priestesses” of modern Greece, Maria Callas and Melina Mercouri. Whilst their paths are different, they share one common characteristic - they are passionate women, incorporating the temperament and values of Greek spirit: passion for life, passion for love, passion for art and creativity, passion for freedom and democracy.

The Bob Theatre Festival returns for the 9th consecutive year to explore once more the best performances of young artists of the season. New theatre groups and new actors will have the opportunity to present their work to a festival audience of 3,000 people. Successful performances from previous years, premieres, competitions, invitations from abroad, stand-up comedy, concerts and parties make for this year’s programme.

Led by Georgios Vranos, the Thessaloniki State Symphony Orchestra performs Beethoven’s Symphony No 9 in D minor, Op. 125, at the Thessaloniki Concert Hall on May 9. The concert marks Europe Day, commemorating May 9, 1950, the day French Foreign Minister Robert Schuman invited France, Germany and other countries to unite their coal and steel production as “the first concrete foundation of a European federation.”

The 6th Green Half Marathon Race, a much awaited athletic event on the Ionian Islands, will be held on May 7, at the island of Lefkada. Apart from the Half Marathon Race (21,100m), a 10km Race, a 5km Race as well as a 1,000m Race for Primary and High School students will also take place. Greek and foreign sports people are invited to live unforgettable moments combining athletics amidst unique natural surroundings.

The Syros Downtown International Race 2016 will be held on May 5-9, aiming to highlight the picturesque island of Syros by way of a series of bike trails. The race is organized for the first time this year and includes a full program of events for the participants. The main race will be held on May 6-8.

Following three successful years, Run Greece again begins its journey around Greece. Ioannina will be the third city in a row to host the Race on May 8. The races include a 10km Road Race, a 5km Road Race and a 1,000m Children Road Race.