Nineteen years after the adoption of the law establishing it as a cultural entity, the Greek National Museum of Contemporary Art is ready to open its doors to the public for the first time. An iconic modern industrial structure and a signature example of post-WWII modernism that was designed by architect Takis Zenetos in 1957, and which once housed the old “FIX” brewery,  the building has been restructured, restored and renovated in order to house the new Museum. 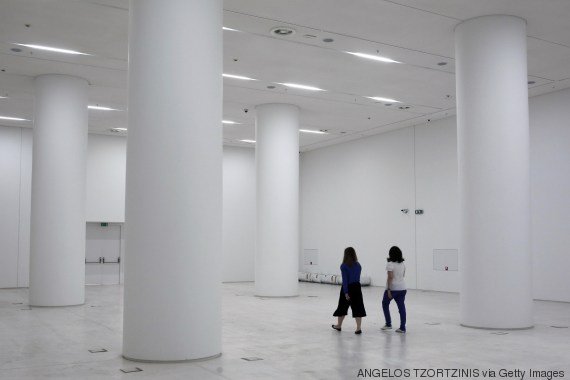 The original building has been one of Athens’ most emblematic structures and a landmark for decades, standing out for its position at a crossroads in central Athens, its sprawling dimensions but also because it lay empty and abandoned for years after the company moved operations outside the city.  Despite the partial demolition of a section of the building in the late 1990’s when the adjacent Syngrou-Fix metro station was built, it still holds some 20.000 square metres floor space and a total volume of 90.000 cubic metres, allowing for the operation of diverse main functions (permanent and periodic exhibitions, administration, archives, library, auditorium, workshops, museum shop, café and restaurant). It is ideally located on Syngrou Avenue, a major city road connecting downtown Athens with the stunning coastline, at a short distance from the temple of Olympic Zeus, the archaeological site of Acropolis and the Acropolis Museum. While guaranteeing easy access to all (metro, bus and tram transfer lines located a few steps from the entrance) the Museum also offers a significant advantage to visitors who wish to explore a walking tour that unites classical antiquity with contemporary art. 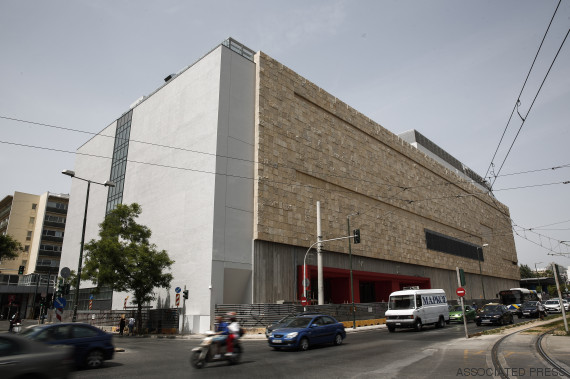 Whilst restoration works were completed by 2014, problems related to bureaucracy, personnel and management disputes prevented the opening of the museum. Last November, Katerina Koskina was appointed Director of the Museum and during this period efforts have been made to resolve pending issues that will allow for the formal opening of the museum. In the meantime, the decision was made for the Museum to open its doors for the first time to the public on May 19th on the occasion of International Museums Day. On this occasion, the Museum will participate in the festivities with the performance “Lagune” by Swiss artist Denis Savary, a show connecting the Mediterranean and the 100 years that mark the birth of the DADA movement in art.  Also, on the occasion of European Music Day celebrated on May 21st a concert dedicated to contemporary music will take place on the  mezzanine level of the Museum with works by Shostakovich, Prokovief, Koumentakis, Theodorakis and more, performed by students of the Opera Studio of the Greek National Opera.  At the same time, a contemporary dance show will take place in the open space between Kallirois Avenue and Syngrou, by students of the School of Dance of the Greek National Opera. Finally, the Museum will inaugurate its series of thematic exhibitions under the title “The EMST in the World”, a project aiming to connect the Museum with other cultural institutions and Museums of modern art around the world, by presenting its collaboration with M HKA, the Flemish Museum of Contemporary Art in Antwerp, in a programme that will run from October 2016 to January 2017. 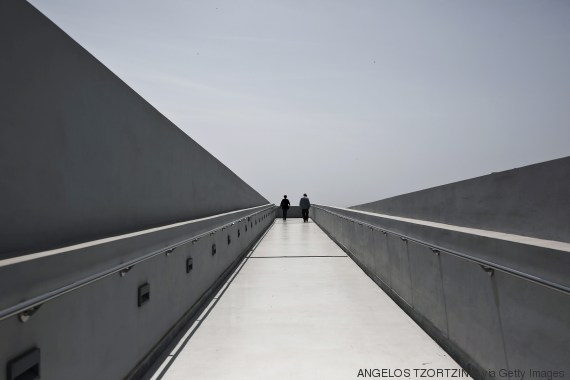 Once the Museum begins full operations, it will host permanent and periodic exhibitions of work of contemporary Greek and international art. Education and scientific research on contemporary art and art history will also play a significant role in the Museum’s activities, while programmes addressed to educating children, students and scholars will run throughout the year.

However, one the Museum’s biggest contributions to the development and preservation of contemporary art is the creation of the Artists’ Archive, a project consisting of documents procured and received through artist donations, as well as the Oral Stories programme, two initiatives that aim to render the museum a centre of digital documentation for contemporary art within the context of the European Programme “Information Society”. 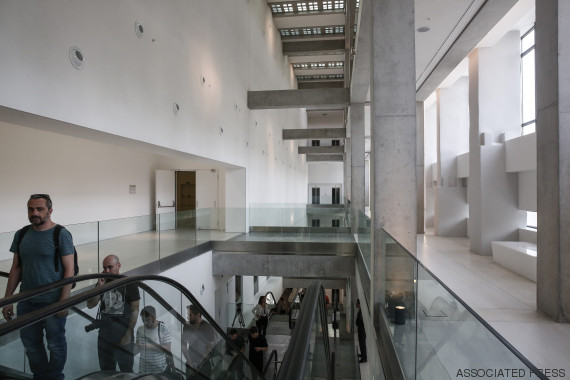 The Museum Library also holds a significant number of specialized editions and journals in the fields of History and Theory of Art, Museology and Conservation of art works as well as in the area of the History of Philosophy, Anthropology, Architecture and Industrial Design, New Technologies and Multimedia, and is constantly enriched in order to serve scientific research and writing as well as the induction of staff, visitors/researchers and artists. A project for the exchange of editions with Greek and international institutions has already been initiated. A noteworthy donation worth mentioning has been that of the archives of Bia Davou and Pandelis Xagoraris by their son Zafos Xagoraris: the exceptionally significant archives contain over 2.000 articles and manuscripts of the two artists, their correspondence with fellow artists and Fine Arts institutions, archival material of the DESMOS gallery which played a leading role in the artistic scene of the '70s, archival material from the Association of Contemporary Art and Artists and more.