In this week’s Events & Culture Agenda”: the 25th edition of Nafplion Festival, the 5th e-Business & Social Media World Conference, ECOWEEK Conference in Crete, “Festival at the Park” in Paros and “Good buy Human” exhibition in Athens. 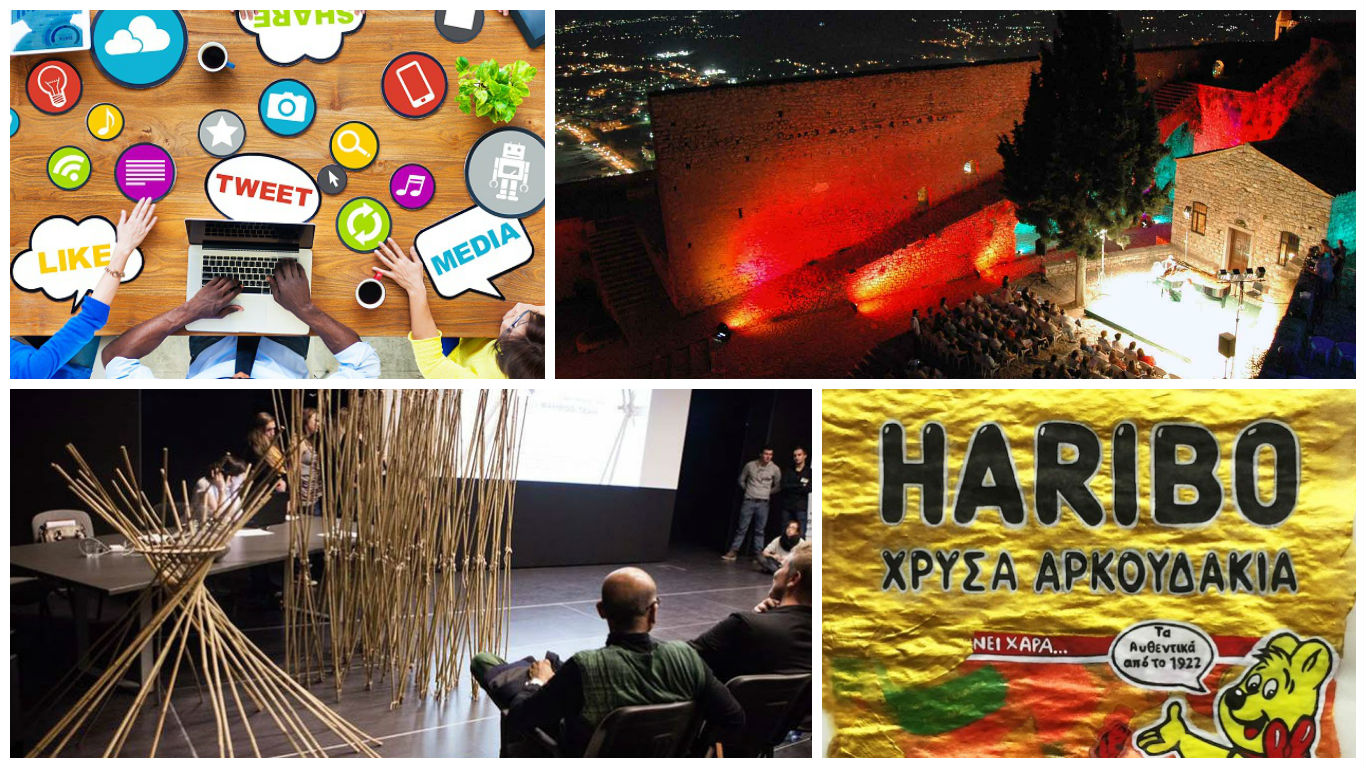 The 25th edition of the annual Nafplion Festival, has kicked off on June 24th and will run through July 3rd with lots of music. Already present for twenty five consecutive years and having been awarded as the best festival of its kind by the association of Music Critics of Greece, the Festival is also a great reason to visit Nafplion.  Dimitris Kostouros, Mayor of Nafplion and the artistic director, the well known pianist Janis Vakarelis, welcome you in the festival’s 25th anniversary, featuring a panorama of unique musical performances included in this year’s programme staged at some of the city’s major venues: VOULEFTIKON, the first Hellenic Parliament, AGHIOS YEORGIOS SQUARE, the courtyard of St. George’s church and PALAMIDI CASTLE. NAFPLION FESTIVAL spreads its wings every year with more and more ambitious plans.

The fifth E-Business & Social Media World Conference, organized by SmartPress SA entitled “Convert & Monetize: The Pro Era,” is taking place in Athens (June 29th) with speakers discussing Social Profiles in Business, profitability in E-Commerce, the Essential Elements for successful e-business, and sharing experiences from their fields of expertise in the parallel workshops that will be taking place throughout the day.

Young and established professionals and students of Architecture, Landscape Architecture and Design will gather for a week in Agios Nikolaos, Crete (July 3-10) in the ECOWEEK 2016 international conference that will also host lectures, sustainable design workshops, films, exhibitions and more related events. ECOWEEK is a non-profit non-governmental organization with the mission to raise environmental awareness and to promote the principles of sustainability through design. It is active in 15 countries and has an international network in 54 countries.

Since 2009, at the beautiful island of Paros, “The Park” has been organizing the “Festival at the Park”, a summer cultural, sports, and environmental festival running from June until October with the aim to present and promote Greek and foreign artists. During its course, it hosts at least twenty high quality events at open air premises around the island of Paros offering its visitors entertainment, based on quality and variety.

The Breeder gallery in Athens is hosting a solo exhibition by Carly Mark. “Good Buy Human” showcases the creative result of the Detroit-born artist’s visit to the capital as part of The Breeder Residency Program. The display consists of works on paper, sculptures, videos and installations that share as a reference point the artist’s obsession with Haribo candies. Opening hours are Tuesdays to Fridays from noon to 8 p.m. and Saturdays from noon to 6 p.m.