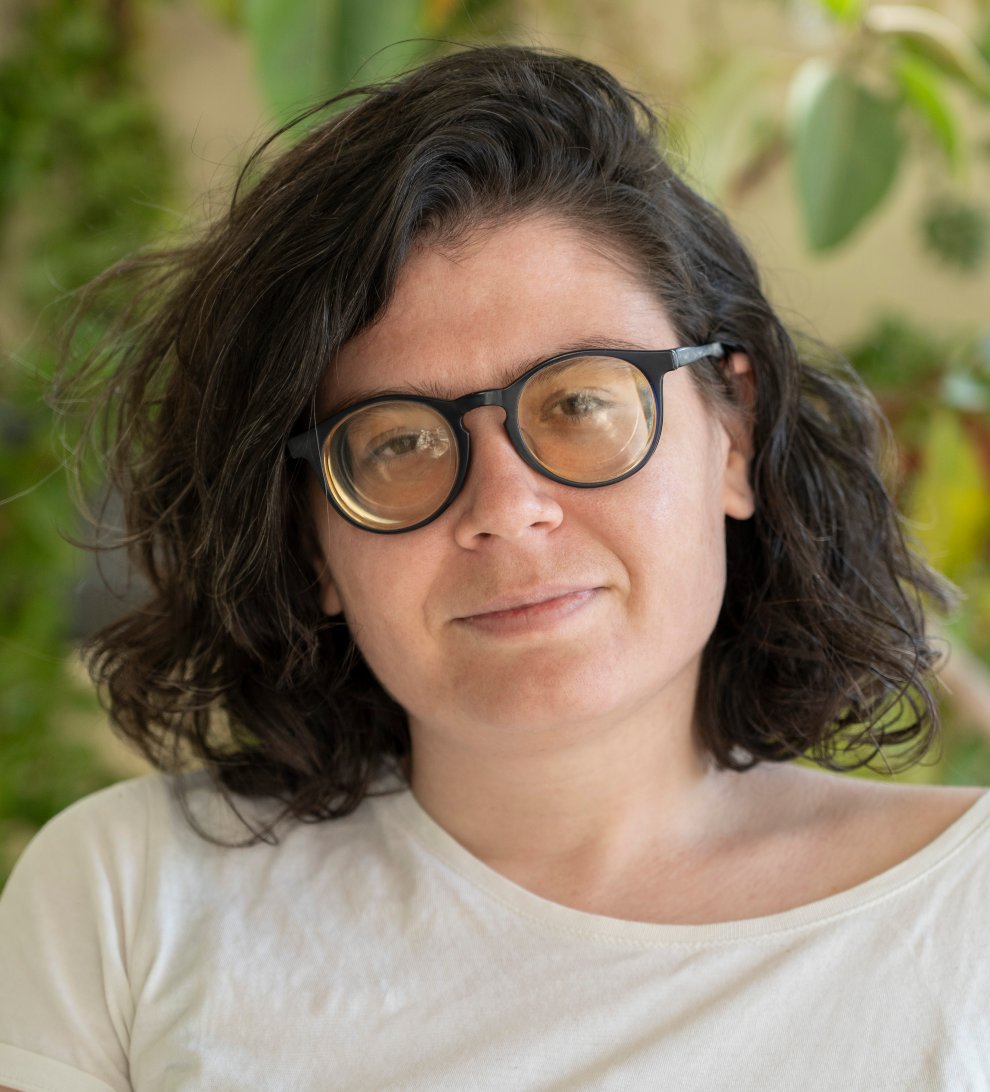 Your latest writing venture titled Skin was recently published by Polis. Tell us a few things about the book. What about its title?

It’s a collection of short stories. The stories are quite simple. The characters try to navigate through difficult decisions, like “where do I want to live?”, “should I migrate, because everyone does so?”, “do I look fat?” “do I behave properly online?”. So, you get the tone. I mean, I try to look at the surface of things, but also search for some depth in very typical and common situations, like a visit to the gynaecologist or a roommate meeting. Ι guess the title in English would be skin; the body is obviously important in my writing.  I wanted to explore things that are becoming taboo-like in our public discussions, such as the hierarchies due to attractiveness or fitness, so I focused on various awkward and hopefully funny situations where people totally misunderstand each other based on the looks or, maybe I just got obsessed with focusing on the material aspect of things that I really want to write about, but would otherwise ring vague, like desire or fear of death.

It gets easier for me to navigate towards such feelings by talking about the human body. This is linked to my own demons of course, very typical things, nothing special, like when you get to feel disconnected from your own body, because of the social pressures exercised upon your legs or face or femininity. And I also spent lots of time thinking about how humbling and even humiliating it is to have a body, because of sickness and death. So, I put such issues in the book and I picked the title because I love how the skin is this super weird organ that wants to be touched or that is constantly in touch with its surroundings.

The book seems to be a kind of autobiography of the generation of ‘millenials’ with all its peculiarities, its frustrations, its weaknesses. How is this generation depicted in your literary writing? More generally, what is the interrelation between literature and its surrounding reality?

Thank you for the kind comment. Well, I was born in 1992, so trying to write things that I know and I care about, I guess I ended up trying to write my own story and the story of the people around me. Our generation, especially in the European South, is a generation that started to kind of understand the world during the financial crisis. So, there are certain topics that I touch upon repeatedly, such as migration to northern Europe or the need to exhibit “marketable skills” and sell them at super competitive markets. Of course, not all is dark, for example one of my favorite stories in the book is a story of two expat roommates cycling around in pouring rain. Nothing much happens and then they just decide to visit Berlin, because they don’t have much money to go to other places. I like to keep it close to reality. Needless to say, it’s a totally authoritative choice to focus on various aspects of the life of millennials; most of them are highly educated and poorly paid or super-rich Greek immigrants at a young age. So, it all turns back to the aspects of this generation’s life that I have access to, so I can be informed about it and then build on it to create the stories.

To me, literature is not about playing around with words. We turn to literature for solace, guidance, company and beauty and playing around with words can’t give you that. I see reality as the point of departure for creativity, (the body, a street, a cafe, a situation, say unemployment etc.) and then, sometimes, I introduce “cracks” of grotesque awkwardness and uncanny departures from realism because it makes it more fun. I love simple prose, easily accessible to people who say “normally I don’t read that much”. Literature cannot afford to be irrelevant or solipsistic, books are too important to be reduced to that. Speaking as a reader now, I would say I am very grateful to the writers who took the trouble to honestly look around them and expose the societies they were a part of. I also love the writers who expose themselves and go all in with telling their stories. You can understand it when they have put part of themselves in there, because it makes you feel connected to the world, it reduces your loneliness or the feeling of being lost; it’s like having spent time with a real person. At least that’s how it works for me as a reader and this, of course, permeates my writing. Frankly, I prefer at any given moment Joseph Roth or Lucia Berlin to any well written piece that manifests zero exposure, zero risk taking on behalf of its writer. 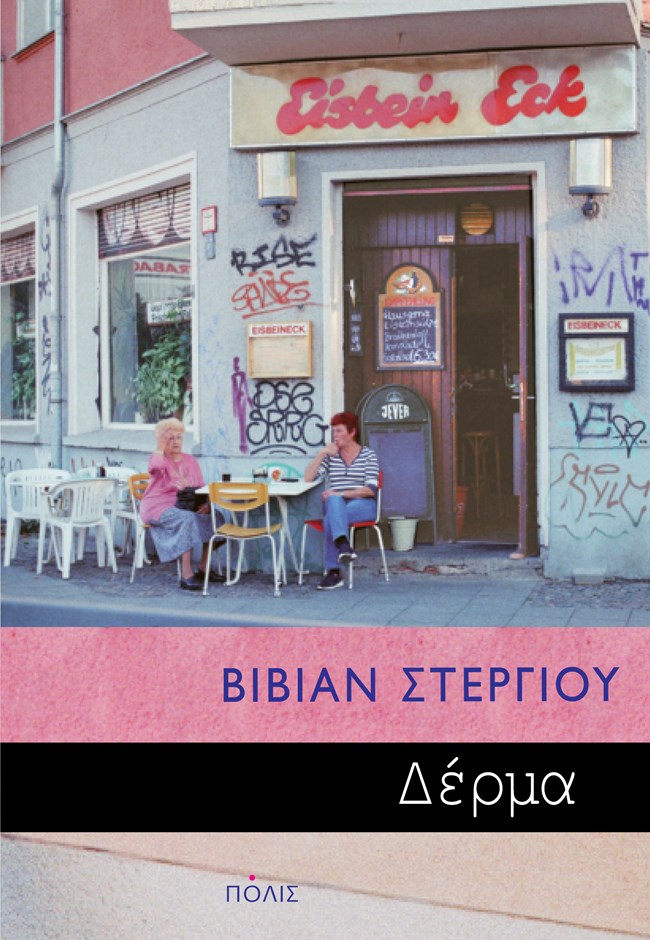 "We are the generation that idealized living in your own separate world, having your own universe, being ‘an island’. But the consecutive crises caused an awakening”. Tell us more.

Yeah, I don’t know, I think calling young people indifferent or, at least, not attracted to politics is unfair. It happens a lot in Greece, but I am now convinced that it is not because young people don’t care about politics, it’s a failure on behalf of various institutions which in turn creates indifference or despair. Of course, we were told growing up that the big questions were history and that what waited ahead of us was only unlimited potential and the global markets that we should “conquer” (the analogy inspired my character Alexander the Great in Δέρμα, who is a London based expat-conqueror of the financial markets). Anyways, after a financial crisis, then a health crisis, then the environmental catastrophe etc. etc. I observe how both online and offline, left and right, young people try to take up action and voice the need for various changes.

Technology and the way digital reality affects personal communication and interpersonal relations seems to be a focal point in the book. Would you say that, after all, “so many methods of communication end up to nullified probabilities”?

I have written this in a specific context, that of rejection. So, basically, there are two stories, δέρμα (same as the title) and πόδια ακρίδων where the narrator touches upon the feeling of being rejected. The first one is about the burning desire to touch the unconventionally attractive, bloated skin of a significant other (who is now absent because he needs “time and space”) and the other story is about being rejected by friends, who “ghost” you (ignore you online). So, this may be hard to deal with in our era, because you actually get to see the profiles of the persons who reject you, you see them online going about their lives and this may affect how you see yourself, your own body and your prospects of love and friendship. It can be quite painful and I know it sounds ridiculous. Technology creates this illusion of proximity to other persons, who might actually be very far away and know nothing about you. Technology can be of no help when you are in desperate need to be touched or hugged. And then I also wanted to explore how it makes you feel when you “stalk” people online or compulsively text them to get their approval or when you go online just to misunderstand them and write terrible things about them. I tried to do this in chapter 5, where I indulged in using sexist wording to manifest unfulfilled sexual desire.

Within this framework, what role do social media play in the way people read and write? How is language affected in this respect?

Yeah, unfortunately people fail to concentrate for long hours. This, I guess, makes it hard to enjoy Tolstoi and Dostoyevsky or other fat books which are superfun to read, so it’s a shame. It’s also sad that such technologies create the pressure to be available. Online toxicity is also awful, because it stays there and people see it and feel bad or want to respond to it and that’s sad. Thinking, writing and reading means turning off the device. I think everybody should do it quite often. Feeling boredom once in a while is good too. People are becoming impatient and this changes their expectations from works of art. But, there are some good things for you, like reading or walking a long distance, that, naturally, include some moments of boredom. It’s sad that many people consider “unhealthy” the feeling of boredom or insecurity or fear and grap the phone to scroll their “bad” thoughts away. I cannot say for sure how all this affects their reading preferences, though, or the language. There is an influx of new words due to technology and a different understanding of time and space, which for sure affects writing, reading and language, but I am not sure how. That’s why I write so much about technology, I guess, because it bothers me and I myself have so many questions about how it affects societies, languages and art. 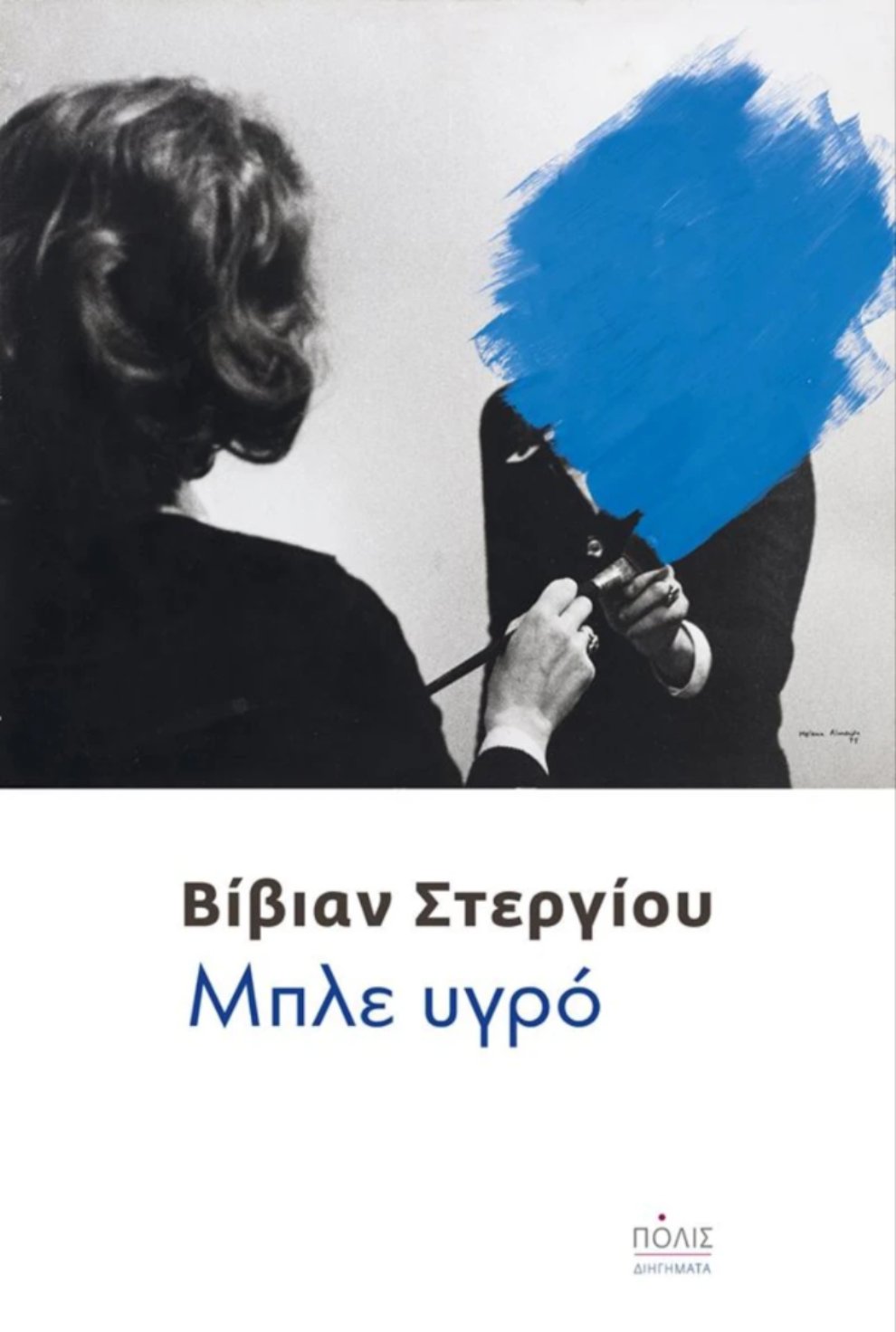 For the majority of Greek writers, writing is not a main profession but rather a leisure time activity. In other words, earning a living through writing is the exception rather than the rule. Which are the main challenges new writers face nowadays in order to have their work published?

Well, writing is work. The fact that it is poorly paid, precarious work, does not turn it into a hobby. Many valuable things do not pay well. Think of the centuries of women exploitation which led to uncountable hours of unpaid cleaning and caregiving work. This having been said, Greece is a weird situation, because there is no serious system supporting the industry. So, I guess, it’s not about getting your work published, but about developing policies that will make the market work better and support publishing houses, bookstores, libraries, translators, readers and, yes, of course, writers.

New writers face all sorts of challenges. Don’t want to elaborate much on this. But, one key problem “eating” creative persons from within is the myths around creativity, talent and success that make people think that they should be able to write very well at once, “enjoy it everyday”, reach whatever milestone they have set immediately or that they must network non-stop, because “if you are not well connected, you don’t get published”. Such things may lead you to shift focus away from reading, poor writing and spending lots of time alone, which is essential for doing the good writing (at least that’s how I see it and I am sure other people have different creative processes that work fine for them). Social media doesn’t help new writers/artists either, because it makes comparison so easy and such things can get in your head and ruin your creativity or authenticity. So, a simple piece of advice: lock the phone somewhere for a few hours, if you can afford it. Finally, of course, writing is a tiring, time-consuming process. That’s why financial support or fair remuneration is necessary, because, otherwise, writing will be an activity for the few. Only people who do not have to sell their time for a living or university professors who get paid to write will be able to do it. Imagine how boring the books would be!