Rethinking Greece: Manos Matsaganis on the Greek welfare state and its under-protected outsiders

Manos Matsaganis is Associate Professor of Public Finance at the Polytechnic University of Milan and Associate Professor of European Social and Employment Policies at the Athens University of Economics and Business where he co-ordinates the Policy Analysis Research Unit, an informal group of staff and students. He has considerable experience as consultant or advisor to international organizations such as the European Commission, the OECD, UNICEF and the World Bank. Since 2013 he sits at the Advisory Board of Solidarity Now Athens-based charity.

Professor Matsaganis’ research interests include labour economics, economic analysis of public policy, social impact of the economic crisis, political economy of welfare reform, and development of tax-benefit models. Some of his latest papers and articles include: Scenarios for reducing poverty in Belgium, Greece and the United Kingdom; Greece’s Annus Horribilis 2015; To the Brink and Back in Greece;The Eurozone crisis and the future of Europe, as viewed from Greece and The crisis, the austerity, and social policy in Greece.

He also frequently publishes commentaries in Greek regarding various aspects of the Greek and European public debate in Το Βήμα daily, in Metarithmisi website, as well as in his personal blog. In 2014-2015, he visited the US as a Fulbright Scholar (Harvard University and UC Berkeley). During that period he regularly published “Letters from America” in the Athens-based Books Journal monthly review and recently published them in a book, offering a critical approach of the Syriza times in government.

Manos Matsaganis spoke to Rethinking Greece* about the Greek welfare state model and its under-protected outsiders, the Greek government’s parallel programme, the social impact of austerity in Southern Europe and the need for unemployment benefits, and a minimum income-type social assistance scheme in Greece, as well as the challenges lying ahead for European unity after the Brexit and the “failure of politics and the welfare state to protect the losers of globalization”.

What are the main characteristics or peculiarities forming the identity of the Greek welfare state historically?

As I have long argued, Greek welfare was singularly unfit for dealing with the social impact of the economic crisis. It combined extremely generous entitlements for over-protected insiders, with serious gaps in the social safety net for under-protected outsiders. Peaks of generosity were evident in the pension rights of public sector employees (in civil service and the utilities), liberal professionals (judges and lawyers, doctors and pharmacists, engineers and architects), and other groups. Private sector employees and other less favoured groups were left to their own devices: hundreds of thousands of workers, on losing their jobs, also lost access to social benefits for themselves and their dependants.

Analyzing today’s crisis, some commentators - such as Aristides Hatzis - present Greece as a precautionary tale of the welfare state. Is it fair to blame the country’s social policies for the severe economic crisis we are faced with in the recent years?

Yes and no. It is certainly true that spending on key programmes has gone through the roof: government subsidies to the ostensibly self-financed pension system in 2000-2014 piled up to a cumulative €200 billion, or about two thirds of Greece’s entire public debt. But while public money was wasted on overpriced medical procedures, and on workers retiring in their early 50s, support for the poor and the unemployed remained meagre: between 2010 and 2014, as the number of jobless workers doubled (from 624,000 to 1.27 million), the number of unemployment benefit recipients declined steeply (from 226,000 to 155,000), with the coverage rate falling from 36.2% to 12.7% of all jobless workers. This shows that what Greece needs is not so much ‘less welfare’ but rather a ‘different welfare’ where resources are allocated according to need, not according to the balance of power between categories. 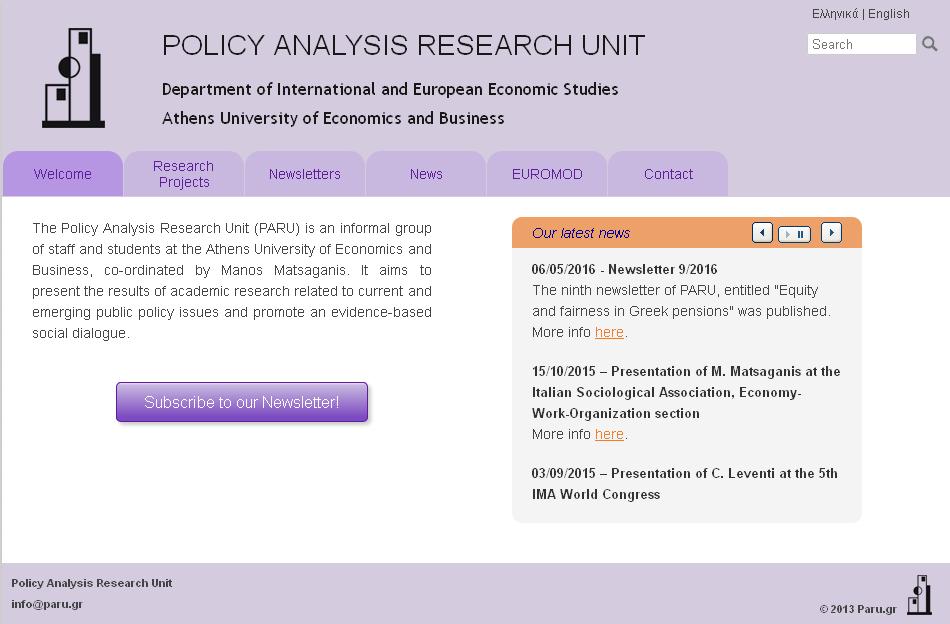 What has been the social impact of austerity in Europe and especially in Southern Europe and Greece? What kind of redistributive policies and strategies can be applied to reduce poverty in times of recession?

Austerity is rather difficult to avoid when the budget deficit reaches 15.6% of GDP (as was the case for Greece in 2009). But there certainly is little doubt that the combined effect of austerity and the recession was to undo social progress (e.g. in terms of employment growth) achieved over the previous decades. The social impact was far worse in Greece than elsewhere in Southern Europe. But even in Greece, inequality went up by less than most people think. In fact, the main change in the income distribution was that poverty increased very significantly, and in the process changed character: the poor are no longer mostly elderly persons living in rural areas, but workless families with children living in Athens and other cities. This suggests what the appropriate redistributive policies and strategies might be: broad-coverage unemployment benefits, and a minimum income-type social assistance scheme of last resort – which is the two policy areas Greek welfare, in spite of high social spending, does particularly badly.

What is your overall assessment of the social policy measures that were undertaken in Greece during the years of the crisis and especially the measures that were included in the “parallel programme” of the current government, such as the Social Solidarity Income?

In a nutshell: “Too little, too late”.

In 2013 and 2014, the then government enlisted the support of the Troika to a modest expansion of the social safety net, engineered through improved access to unemployment assistance, a new means-tested child benefit, a lump sum social dividend, and a minimum income pilot in 13 municipalities. These policies, though welcome, were far too limited to tackle effectively the social emergency: the vast majority of jobless households, including those in poverty, remained without any income protection. Moreover, for each €100 saved as a result of cutbacks in social expenditure under the 2013–14 Spending Review, only about €20 was ‘reinvested’ in the four policies mentioned above.

In 2015, the much-awaited social programme of the new governing coalition (which had made so much political capital out of the country’s supposed ‘humanitarian crisis’) proved something of an anti-climax. It boiled down to three even more modest schemes, at a total cost of €130 million (0.07% of GDP). In comparison, the previous government’s measures, rightly criticized as inadequate, had cost €1,135 million (0.64% of GDP) in 2014.

As for minimum income, the new government has gone from total opposition to reluctant acceptance. The following months will show whether such a crucial step to strengthen the country’s social safety net can be achieved via moral suasion on the part of the European Commission alone, without the full commitment of domestic political and social actors.

You are a strong advocate of EU and the euro, supporting European federalization. During 2014-2015, you were a visiting scholar in Harvard and UC Berkeley; are there any lessons to learn from the US with regard to European integration? What are the biggest challenges lying ahead for the European project, especially after the Brexit?

My support for European unity is somewhat existential: I was born to Greek migrant workers in Germany, spent several happy years in England on a state scholarship, formed a Greek-Italian family, and now live in Milan. I hope the day will never come when my children are forced to choose between being either Greek or Italian. The European Union, for all its sordid aspects, remains the finest political construction in a continent twice torn to pieces in catastrophic conflict during the first half of last century. Brexit threatens to arrest the process that started soon after the end of WWII. More generally, the fact that the white working classes around the world turn to anti-immigration populists is proof of the failure of politics and the welfare state to protect the losers of globalization, but also the failure of grand political narratives of the Enlightenment (liberal, socialist) to provide meaning - let alone convince or inspire. On the other hand, the whole affair strengthened my conviction that thoughtless recourse to referendum can be great for demagogues of all political hues – and that goes for Britain, June 2016 as for Greece, July 2015. 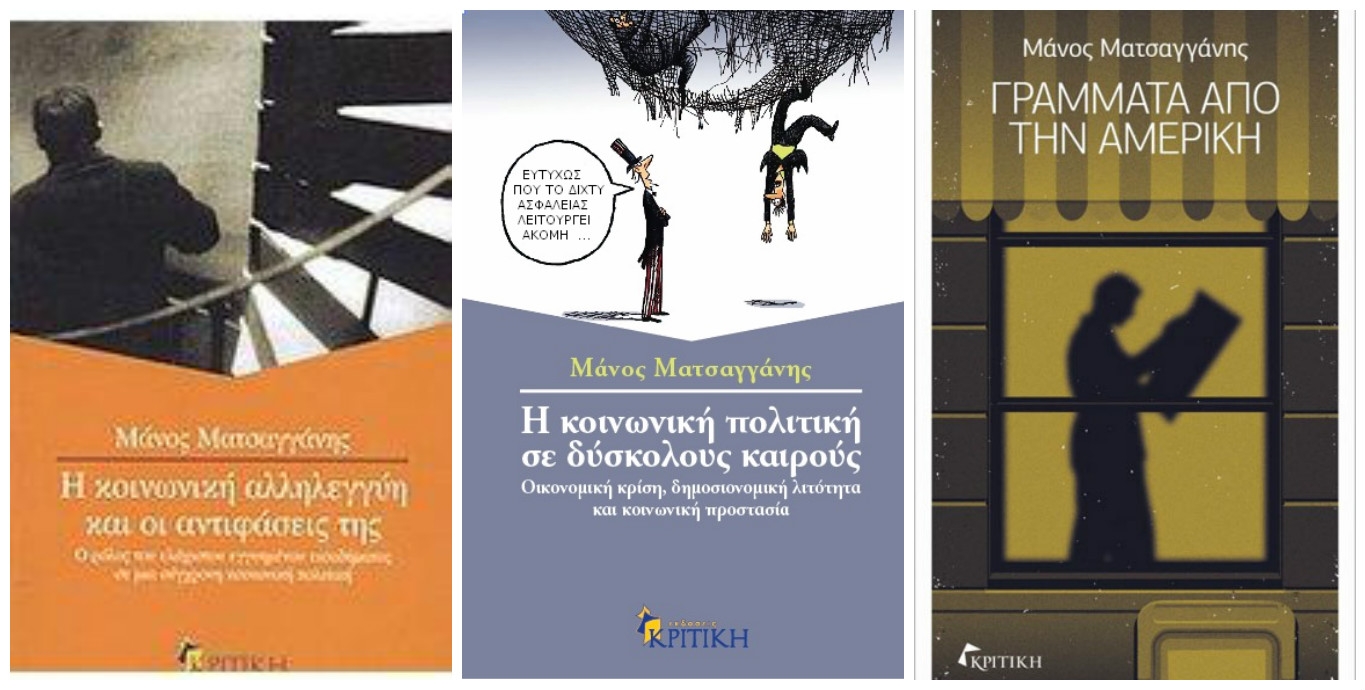