Rethinking Greece | Nikos Potamianos on economy, politics and everyday life in Athens at the turn of the 20th century 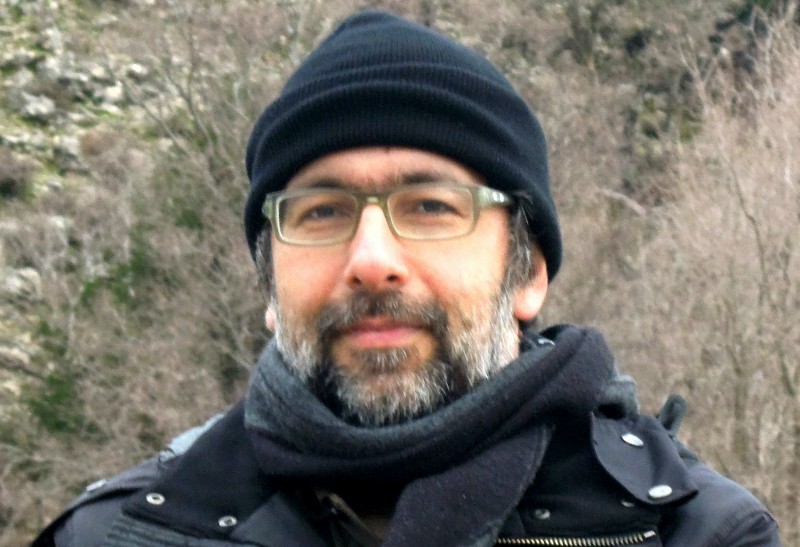 Nikos Potamianos is a historian and an associate researcher at the Institute for Mediterranean Studies in Rethymno. He obtained his PhD from the Department of History and Archaeology of the University of Crete in 2011, after having completed his doctoral research on the petty-bourgeois class in Athens at the end of the 19th and the beginning of the 20th centuries. Greek News Agenda* interviewed him on this research, which was published by Crete University Press under the title “Noikokyraioi. Shopkeepers and master artisans in Athens 1880-1925” (in Greek, 2015), as well as on popular carnival festivities in Athens, which will be the topic of his new forthcoming book.

Your research concerns the history of the petty bourgeoisie in Athens at the end of the 19th and early 20th centuries. What are the main conditions determining the establishment of this social stratum, as well as its political importance?

I consider the traditional petty bourgeoisie to be about a quarter or perhaps a third of the Athens population of the time. Small businesses dominated many industries and benefited from the increase in consumption resulting from the city’s growth. In manufacturing, besides imported and local industrial products, artisans and craftsmen served a large part of the needs of the capital or the countryside: furnishing, footwear, and tailoring were thriving industries in Athens in 1900. Supermarkets and chain stores had not yet been established, neither had department stores, and a much greater part of market demand, as compared to the present, was covered by small and very small enterprises. Employees in several of these consisted only of family members, while the social distance between workers and their small-scale employers was often little. Of course, the once unified “world of crafts" (or "working people", as was the term of the time for manual workers, either hired and self-employed) had already been dealt blows. The attempt to survive through the creation of professional unions in the late 19th century that galvanized small employers and their employees was unable to prevent the organizational independence of workers in the early 20th century.

Small property and small production in Greece have often been noted in bibliography as a particular and dominant condition that has influenced a pattern of so-called "Greek exceptionalism". How does your research address this analytical perspective?

In my book, I have in the main avoided directly addressing this point of view, as in my opinion this requires serious comparative study. I do however believe that the Greek social formation, compared to other European societies, is distinguished indeed by the small size of economic industries that is characteristic of both industrial enterprises and small agricultural lots. This fact serves as a reasonable starting point for comparisons and analyses: I do not consider it a coincidence that the European country Greece appears to have most similarities with in the development of the political preferences of the petty bourgeoisie in the late 19th and early 20th centuries is France, where there was also a strong class of small landowners in the countryside as well as in the cities.

However, three factors need to be taken into account before we begin to analyze Greek particularities. Firstly, modern historiography in Greece, and around the world, has surpassed that stage of compulsive and nervous comparisons between any of ‘our’ countries with the model of "culture" and development that is Western Europe. The outcome of any such comparisons was to eternally highlight inadequacies, deficits and weaknesses in societies that "failed" to be like the "normal" countries of the civilized world. There is not however only one path to the modern world: effective comparisons could and should be carried out with other countries; Eurocentrism has been overwhelmed with criticism of the distortions it generates in scientific knowledge; Additionally, Asia's economic rise in recent decades has led to reviewing interpretative patterns that viewed the primacy of the West as a given.

Secondly, the field of "Greek exceptionalism" is mined with earlier apologetic ideologies that rebuffed social conflicts in Greece: organic intellectuals, publications and employers' organizations have a long tradition of claims that there is no working class in Greece or that Greek society has always been fair and equalizing.

Thirdly, our view of this "exceptionalism" could change if we do not take it for granted but try to understand how it came about. Historians, such as Giorgos Dertilis, have emphasized the geographical and economic factors that favored small property ownership in Greek territories. Efi Avdela underlined cultural factors and, in particular, the role of the dominant models of gender relations and division of labor within the household. Antonis Liakos and Christos Hatziiosif have highlighted the critical importance of the Greek War of Independence in 1821 (leading to the establishment of the Hellenic state) for the prevalence of small landownership in agriculture. 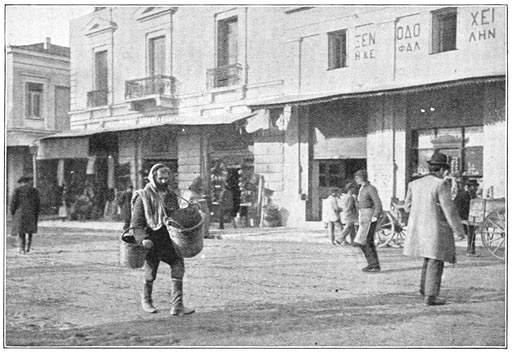 How did small-ownership adapt to the economic crises of the time, and to what degree do you discern similarities and disparities in different times of crisis?

Small businesses are either way distinguished by low survival rates: there are many that perished, both in minor as well as in major crises that originated in 1929 and 2010, applauded by those who thought that healthy entrepreneurship and stability would be thus restored, in a market characterized by too many companies. However, new small businesses are opening up: surely the start of new businesses (especially cafes and catering) by unemployed people, in times of crisis, is a constant. The issue then is whether, regardless if every small business may be experiencing problems or even closing down, the structure of small ownership as a whole is reproduced. More focused research is certainly required by sector, but my feeling is that in some sectors the concentration of capital has accelerated during times of crises. 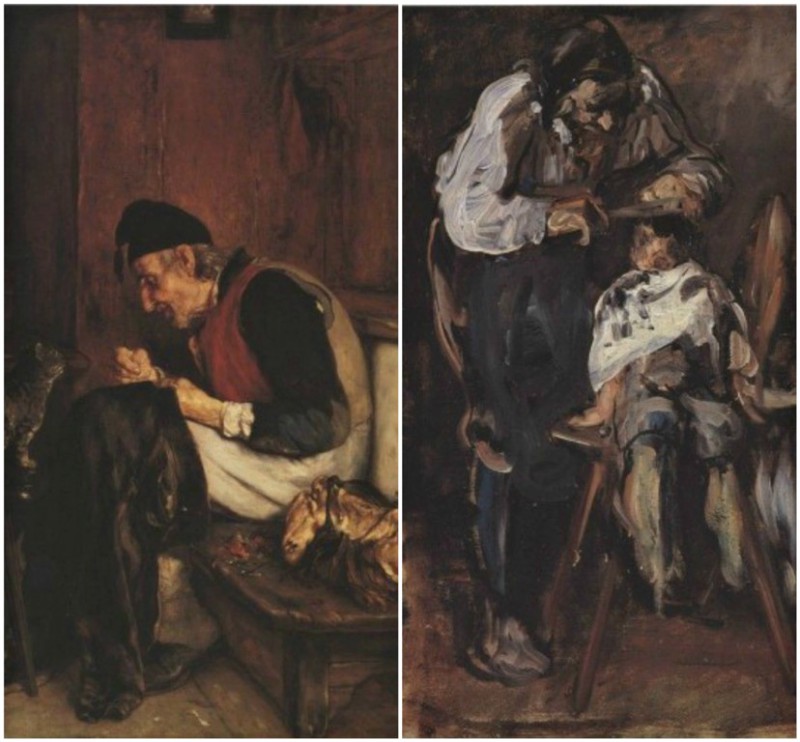 Your work, focusing on Athens in the early 20th century, combines the study of daily practices and collective action with material relations of production. Generally, do you think that, following a possible "cultural turn", focus on material conditions is once again becoming relevant to modern historiographical production in Greece?

Economic history has never abandoned the field of modern historiographical production; I would even say that it seems to have achieved a high degree of maturity, although it is no longer "fashionable" as in the 1980s. The problem is that today, in the context of the retreat of Marxist theory and, more generally, of a sociological vulgata that emphasized material conditions, economic history is a specialized field whose findings are not widely used for historical understanding. I consider it is necessary that social and political history remain in dialogue with historiography, as well as with cultural history, and this is an open bet. 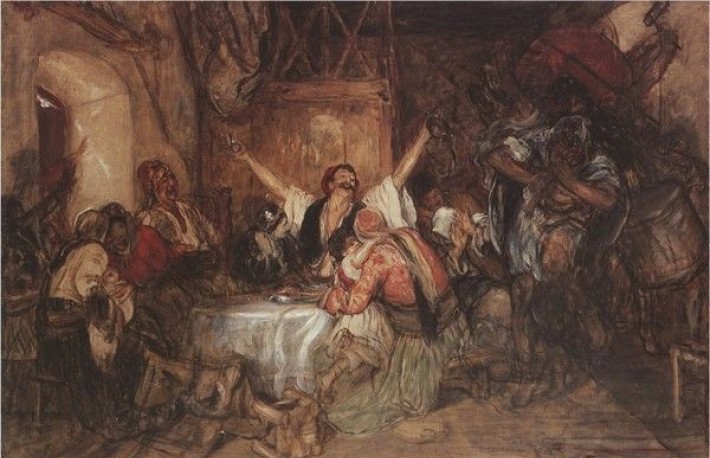 Your study deals with, among others, the Carnival celebrations in Athens and highlights a process of "gentrification" of such popular events. Is this study characteristic of a cultural heteronomy of the lower strata in Athens as compared to other cases?

My next book will deal with the transformations that the Athenian carnival underwent in the 19th and early 20th centuries. These may, to a great extent, be described as the prevalence of bourgeois culture, although that is not all. On the other hand, in the middle of the 19th century, a vibrant popular carnival culture developed in Athens, while in the interwar years new trends of independency of popular culture developed, although this did not appear to touch carnival culture. "Heteronomy", therefore, was not a fixed feature of the lower classes of Athens, but occurred during times of tension and deepening of bourgeois cultural hegemony.