Economic analyst: Greece could rally international opinion behind its positions

As the negotiations between Greece and the institutions and disagreements between the institutions themselves continue, the completion of the second review of the Adjustment Programme agreed on August 2015 is stalled and the recent Eurogroup decisions for short-term debt relief are put to question by the ESM. European commissioner for economic and financial affairs Pierre Moscovici, in his recent article of the Financial Times, “Greece cannot be condemned to austerity for ever” asserts that “Greece has made unprecedented efforts on fiscal policy, including major reforms of the pension, personal income tax and VAT systems. Action has been taken to underpin financial stability, address non-performing loans, tax fraud and evasion, and improve revenue collection. The state has paid off more than €3.5bn arrears.” Moscovici goes on to calls on all partners in the negotiation to “not play the blame game” and “engage constructively” in order not to undermine confidence and progress made so far.

Athens-based journalist, prolific economic analyst and blogger (www.economia.gr) Antonis Papagiannidis spoke to Greek News Agenda* in order to shed some light on the current state of the negotiations between Greece and the institutions. 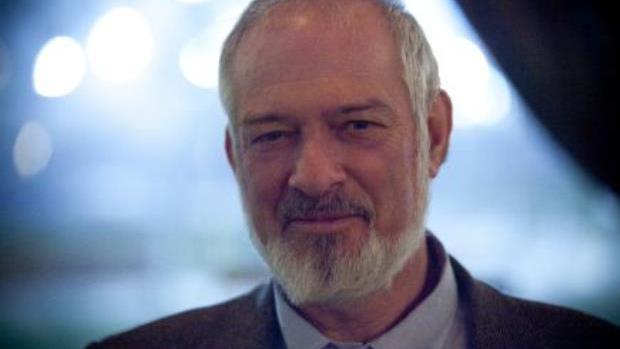 You have said that Greece needs to better communicate its positions on debt on an international level. What do you think needs to be said?

Well, the decision over short-term debt reprofiling taken at the last Eurogroup meeting (a move dubbed "short-term" while it had clearly medium-term elements: a point the Greek Government avoided to explain even in internal political debate) was initially not assorted with conditionality. German pressures and ESM 's reflex of yielding to such pressures by "freezing" the agreement over debt were met by ambivalent positions at an international media level. Had the Greek Government explained more forcefully that debt restructuring is a matter of investor confidence and not of political expediency, it would have rallied international opinion behind it. And had it made pre-emptive moves to explain e.g. its decision to distribute part of the primary surplus to those most hurt by the 7+ years of unending misery not so much in terms of internal political strife but as (a) a short-term effort of rebooting the economy just before a new round of pension cuts, (b) as a way of making people actually feel that implementing fiscal measures pay, then its moves might go down in a better way internationally.

I feel that nervousness, such as shown in 2015 negotiations, has been detrimental to Greek positions. The absurdity of IMF's approach - explaining that the fledging Greek economy could not bear unrealistically high primary surpluses "till kingdom come" and then insisting that measures be legislated preemptively in Greece so as to accommodate German electroral concerns - was not explained by Greece sufficiently to global and (yes!) to German media. In flamboyant, outspoken but hopelessly self-centred narcissistic Yanis Varoufakis' time, Greece had found a way to explain its positions and make heard the plight of its economy and its people at the hands of a "machtbesessene"/power-obsessed German mentality. As of lately, Greece has been failing in making its point to a global audience.

I very much fear that Tsipras will have a lonely day at the Summit and a melancholy day in Berlin, meeting with Angela Merkel.

Antonis Papagiannidis recently spoke to “Epohi” weekly newspaper (11.12.16) sharing his insights on the positions of IMF, EU and Greece, and the larger debt problem looming over the Eurozone. Read a summary of the key points made in the interview below:

What the IMF is doing is destructive, not just for this government but for Greece overall, because the next government is going to have to deal with this too. The IMF knows that with more fiscally restrictive measures Greece will not be able to achieve the primary surpluses the EU wants, but it believes that by making the Europeans face their own absurdity, it will bend their will. But the Europeans, even faced with their own absolute absudity are still saying demanding exorbitant primary surplus for 2018 and (more or less) ever after and do not accept to even discuss further debt reduction, that would point towards some sort of sustainability.

The danger of a non-solution exit

The exit from the current deadlock could occur in the familiar European way of not resolving anything and kicking the can further down the road, like it happened in 2012, 2015 and the May of 2016. A “solution” like that could be postponing changes in labour relations for later in 2017 and agreeing on a super-cutter, that is on automatic fiscal control, for as long as Greece is in an adjustment programme. This super-cutter will pose a serious problem for the Greek negotiating team because it the types of spending that would be cut won’t be under government control. I don’t see how any government could agree on automatic cuts in pensions or public servants’ salaries.

The bait of ‘short-term’ debt relief and the switch of 3,5% surplus

I beleive that the debt relief that was decided for Greece at last week's Eurogroup was a very positive development. The counterpart to this positive move in part of Greece's creditors is the continuing difficulty in closing the current Adjustment Programme review. I believe that the EU conceded to this debt relief that so that they will not have to back down on the goal for 3,5% primary surplus after 2018.The EU Comission and the Greek government predict a growth rate of 2,7% for 2017, but I don’t see it happenning. The OECD for instance predicts a 1,8% growth for 2017, with this number the 3,5% surplus suggested by the Comission is completely unreasonable.

A stable negotiating position for Greece

Greece will have to maintain a firm and defensible position in the negotiations. I believe that the proposal of the minister of Finance Euclid Tsakalotos for a 2,5% surplus, + 1% for development or taxes reduction is a defensible position, at long as those you are conversing with are willing to hear you out, which is not the case. Furthermore, Greece will have to be patient and inform better the international audience on its position. There is no much international interest for Greece, it is a country that is being led to a dead-end, because the “great forces” cannot resolve their ideological obsessions. And we must not forget that there is larger problem of debt brewing in the Eurozone that is not being addressed while the IFM is fighting with Schauble over Greece.