Governor of Greek Public Employment Agency: Reducing unemployment is a question of principle for the Left 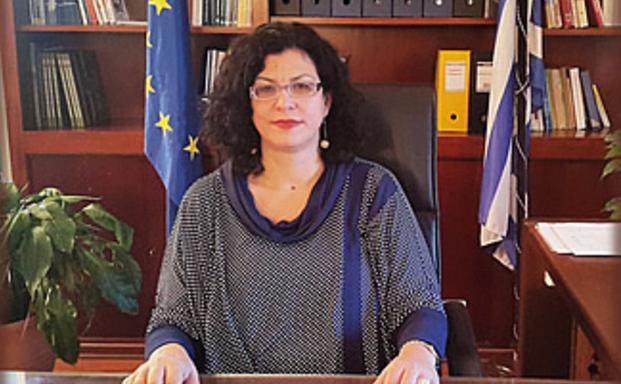 Maria Karamessini, President and Governor of the Greek Public Employment Agency (OAED) and Professor in Labour Economics and Economics of the Welfare State at Panteion University has given an interview to weekly newspaper Epohi ("Reducing unemployment is a question of principle for the Left", 19.09.17).

Karamessini says that the primary objective of the government now is to rapidly reduce unemployment, noting that for the past two years, with zero growth, unemployment has been reduced by 1.5% per year. She mentions that the recent increase in employement is due to tourism’s strong momentum, to the recovery of manufacturing, to trade and transport, as well as to the reemployment of laid-off public servants and other employment programs for the public sector. She stresses that low labor costs do not help the Greek labor market, as investors can find cheaper labor elsewhere and chose Greece mainly for its competitive advantages. Karamessini talks about the changes in OAED's employment schemes, and the organization's goal to play an active role in the labor market and become a mediator between employers and job-seekers. Finally she posits that taking into account the current positive course of the economy, the steady decrease in unemployement and the programs implemented by OAED, reducing unemployment at 20% in 2018 is a feasible target (unemployment is currently at 21,1%).

Read a condenced version the interview below*:

In his state-of-the-economy address a couple of weeks ago in Thessaloniki, prime minister Alexis Tsipras stressed that reducing unemployment is a central social and political goal for a left-wing government. Is this goal feasible?

The right to work has always been and full employment has always an important part of the Left´s political project. Especially in Greece, under the memoranda, when unemployment caused poverty on a massive scale, these issues were central to SYRIZA's program. At the beginning of the first SYRIZA government, the priority was dealing with the humanitarian crisis and alleviating the social strata affected. Now a second objective has come to the forefront: to rapidly reduce unemployment. With the help of the economy and the very good evolution of employment, the government can set achievable targets on unemployment rates while also trying to tackle the issue of jobs quality.

During the past couple of years, the Ministry of Labor and the Greek Employment Agency (OAED) made every possible effort to curb unemployment, but until recently the results were not visible; this is because employment is determined mainly by investment and economic growth. However, employment programs can affect it, insofar as they contribute to the creation of new jobs and employ specific categories of unemployed that the market does not absorb, or that have low income and increased family burdens. In order to combat unemployment, poverty and social exclusion, it is not enough to leave things to market automatisms.

How has this effort gone so far?

The really impressive, even paradoxical thing that happened, was that we had a 4% increase in employment during 2015-2016, when the economy was in stagnation. The sectors that mostly contributed to that increase were food and beverage services, accommodation, entertainment, trade, manufacturing, public administration and health. Agriculture, construction, housekeeping services and the financial sector contributed negatively to employment.

According to (Parliament president) Nikos Voutsis, the great collapse of employment in 2010-2014 was due to obsolete institutions, while its current rise is due to this government’s actions…

The collapse of employment in 2010-2014 was a result of the sinking of the economy, deliberately brought about by an unprecedented austerity policy. Furthermore, the deregulation of the labor market has led to deterioration job quality and working conditions; it wouldn’t have been possible to increase employment without an upsurge in economic activity. This recent increase is due to tourism’s strong momentum (which has lifted up many other industries), to the recovery of manufacturing, to trade and transport, as well as to the reemployment of laid-off public servants and other employment programs for the public sector.

It is important to note that the manufacturing industry, heavily hit by the crisis, is now recovering and has reached an 8% of GDP. Unit labor costs have been greatly reduced by the deregulation of labor market, but investors come to our country because of other comparative advantages and not for low labor costs. Labor is much cheaper elsewhere in the Balkans and in other counties, where there are lower tax rates.

Indeed, 50% of the jobs advertised by employers in ERGANI (OAED’s database) are part-time. I do not want to underestimate the phenomenon, but I have small reservation on the actual percentage, because work is being under-declared. That is, in order to avoid fines for undeclared work, employers under-declare it and have lower insurance costs. I am also discussing this phenomenon with OAED services around the country and trade unions, and we agree on its scope.

We have to note that overall, according to ELSTAT (Greek Statistical Authority), part-time employment has increased from 9.3% in 2014 to 9.8% in 2016. 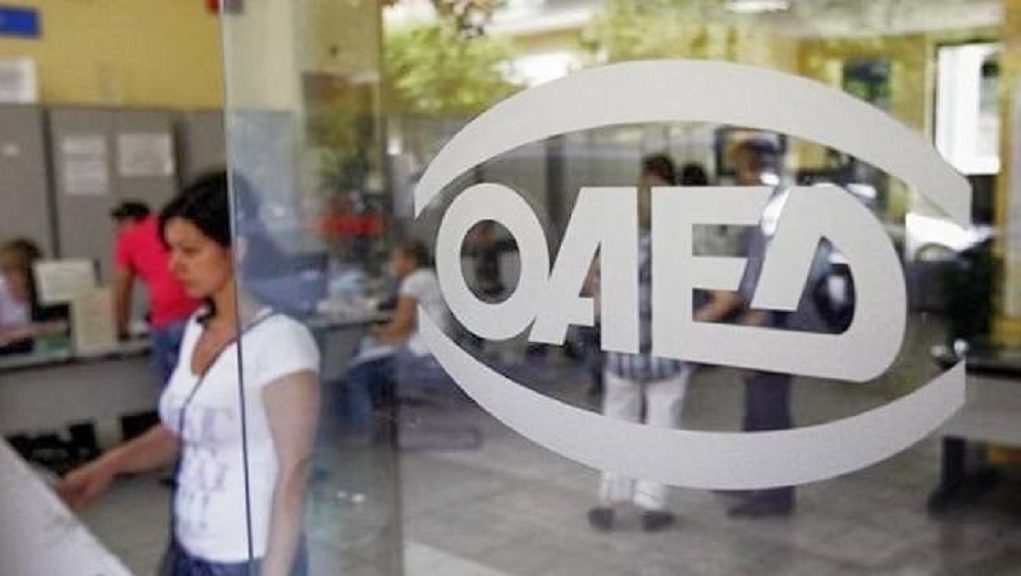 How are OAED jobs programs different in comparison to the past, what have you changed?

Community service programs are planned at the Ministry of Labor, and Deputy Minister Ms. Antonopoulos has already analyzed the major changes that have taken place. A notable feature is that these programs take into account the participants’ future working life, so they include the possibility of training. Moreover, the duration of employment has been increased from 5 to 8 months; this means that participants are afterwards entitled to unemployment benefits, which is very important. These programs also target complex groups, such as older people who are not easily hired and workers who have long-term family burdens (such as single-parent households, parents with children who are not working, etc).

As far as employment schemes for private sector are concerned, there have been enormous changes in their design from OAED. First of all, we put an end to the practice that was standard so far, which was that the employers had a friend or relative that was already working for them, but was undeclared so they wanted to register them in the program. So essentially, the employer had pre-decided who they would hire, and would come to OAED simply to get the money.

Now, participants in private sector job schemes are required to have remained in unemployment registers for a long time. Also, all employers can access OAED’s database and search for specific qualifications -without viewing personal data, and choose from the CVs that match their requirements, up to ten candidates.  Then the OAED's job counselors contact these candidates and suggest them to go through the interview. This also works as an incentive for the unemployed to register in OAED, so that they can be selected by employers.

So up until now, OAED was being side-stepped?

So far, no unemployed person came to OAED to find a job. They went to their relatives, their friends or acquaintances. We want to increasingly give the unemployed the opportunity to find work through OAED and change their conception of the organization. Our aim is to be able to offer more and more vacancies and job programs. We are also asking employers to look for staff through our unemployed register, provided they offer vacancies. This is a radical shift in our policy, which has to be combined with organizational changes, and it takes a lot effort to get it done. 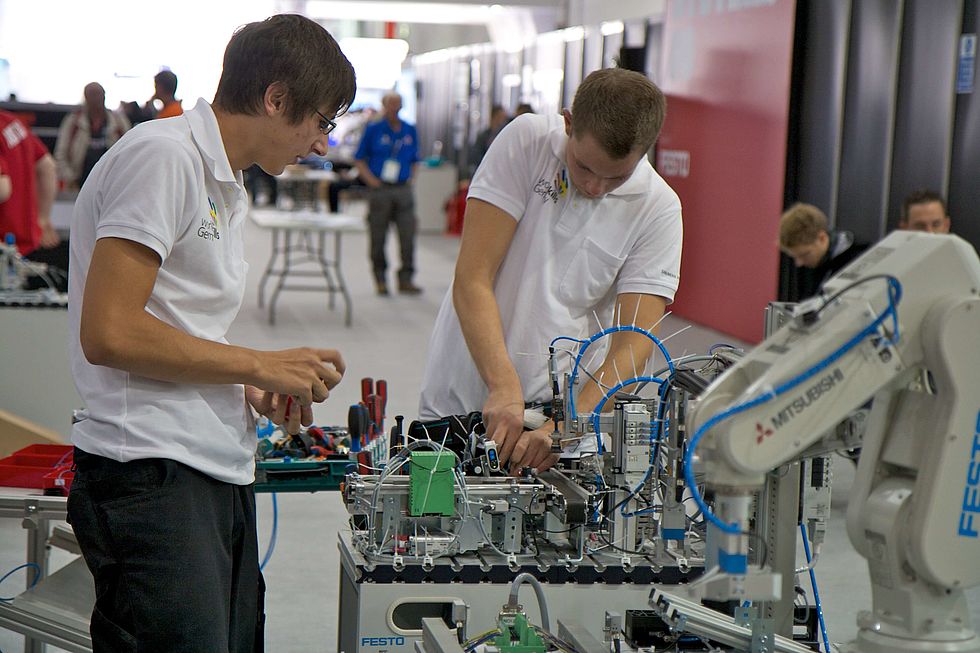 The prime minister in Thessaloniki insisted on the employment schemes, especially for young people.

The prime minister insisted on youth employment schemes, I imagine, because of his justified concern about the continuing difficulties young people have in finding a job in Greece. This is especially true for the most educated, who consistently seek their professional fulfillment abroad, despite the significant reduction in youth unemployment rates in recent years. OAED will implement a large number of programs for young people, either to subsidize new jobs or to support youth entrepreneurship, or to combine employment and training for young people that have completed secondary education but don’t have any professional qualifications.

I should be noted that another major change that has taken place in OAED, was concerning schemes targeting youth unemployment, work experience or training. We match the requirements of the job with the studies that young people have undertaken. In the past, the so called “voucher” programs, gave training schemes a bad name, because what happened was that people received training that was irrelevant to their studies or that was not focused, and also businesses did not necessarily employ them in a field related to their training.

Businesses still participate in our own redesigned programs, they are the ones offering the job placements, but we are the ones that find, through our registers, the young people that best match the businesses requirements and inform them on positions available and relative to their studies.

These are still pilot programs and thus there is great room for improvement, but changes, such as the separation of job counselors into counselors for unemployed and employers, slowly build towards the new role of OAED as a mediator between "work supply and demand". This is a breakthrough and it is a role that in the years to come we must work hard to secure, in reality and in people’s mind, the unemployed and employers alike.

Is OAED planning something for the refugees?

So far we have not been asked to something. However, we took the initiative and participated as a lead coordinator, with partners from Greece, Turkey and Germany in a recently approved Erasmus program for the integration of refugees. A big issue for refugees is that most of them have no permanent residence. Fixing the residence issue will pave the way for us to register them in our database and develop specific actions for them. I believe that a much more coherent policy on the issue of refugee employment will be developed soon.

Is the official objective of reducing unemployment below 20% in 2018 feasible?

Yes it is possible. In the past two years, with zero growth and a multitude of uncertainties, we have cut unemployment by 1.5% per year. 2016 ended with an unemployment rate of 23.5% on an annual basis. If this year we achieve 1.8%, growth, the unemployment rate is likely to fall by two percentage points or more, and close at 21.5% on an annual basis. According to this data, and based on estimates for even higher growth rates, the 20% target can be achieved in 2018. 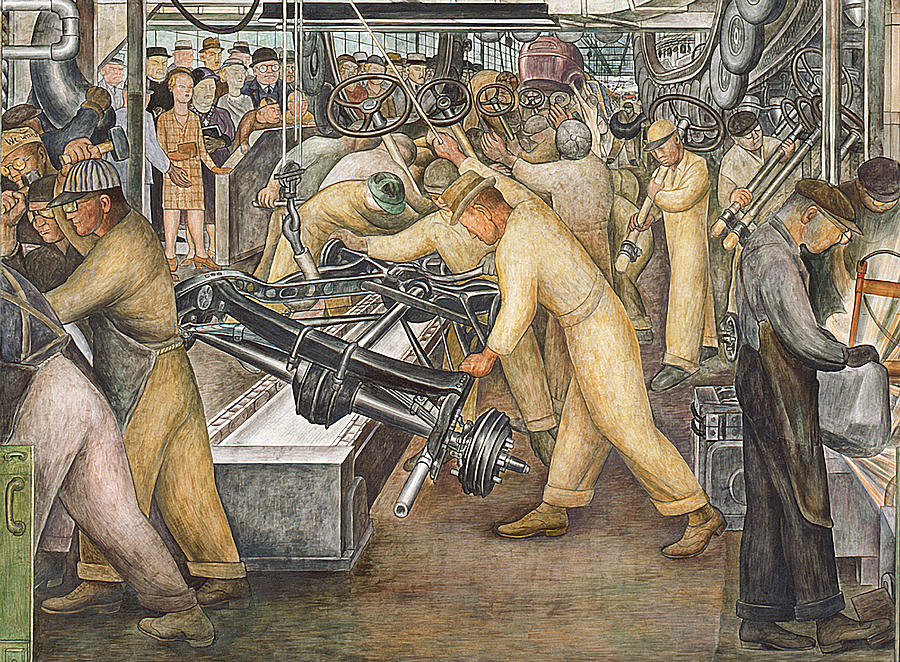