Eirini Agathopoulou is a pharmacist, former Member of Parliament with SYRIZA (2012-2015) and Chairwoman of the Board of the Research Centre for Gender Equality (2015-present).

The Research Centre for Gender Equality (KETHI) was founded in 1994, with a focus on conducting social research on gender equality and using these results to propose and implement specific policies and practices. During its 20 years of operation, KETHI has conducted more than 70 original research studies (on issues like work, education, participation of women in decision-making centers, media representation, violence against women, etc), issued more than 120 publications (surveys, best practices guides, manuals for employment, social inclusion, political participation etc.) and has implemented more than 100 action programs, either as a coordinator or as partner institution (development of women's cooperatives, providing free counseling support services, empowering women to participate in policy-making structures etc.) 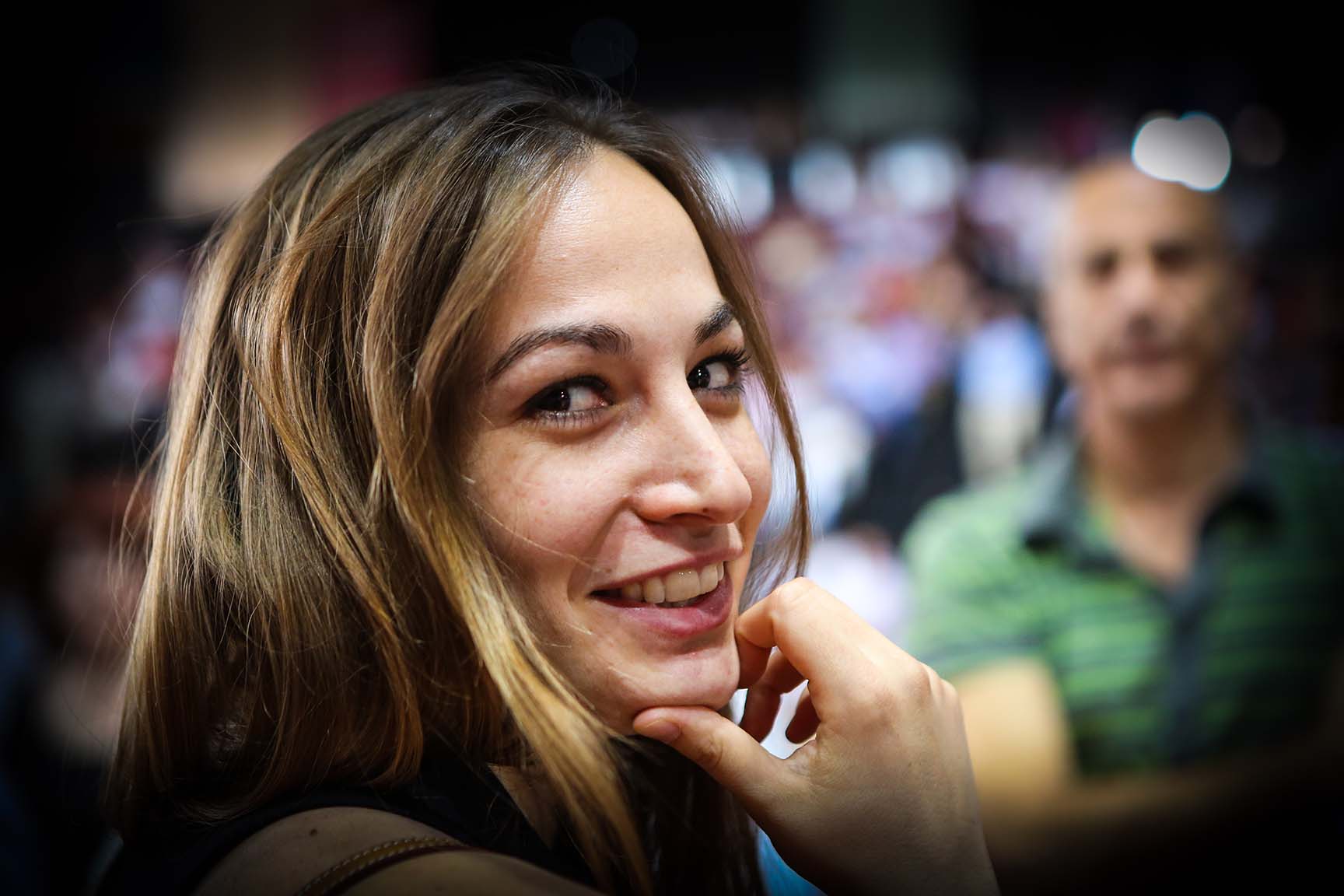 Eirini Agathopoulou spoke to Greek News Agenda* on KETHI's research project on equality in the workplace, its programmes for training teachers on gender issues and for combating gender-based violence and finally, the biggest challenges that women living in Greece face today.

What are, in your opinion, the most significant changes in women´s rights in Greece since the restitution of democracy in 1974?

In recent years, Greek legislation has made significant strides towards gender equality. All these legal reforms are of serious value as they strengthen the scope of protection of women's rights and contribute to eliminating inequalities in many areas. However, if Ι had to pick one change standing out in the aftermath of the restitution of democracy, it would be the 1983 Family Law. I believe it is an important milestone in the history of women´s rights and gender equality policies in our country. This is essentially the law that abolished the concept of patriarchal family –where the husband was legally considered the ´head´ of the household– and replaced it with equality in family relations. Despite the fact that by now several points of this Law require amendment or additions, at the time it constituted a very progressive legal tool that essentially modernized Greek Family Law, adapting it to the constitutional requirement of gender equality. Other than that, among the very important legislative initiatives were: the introduction of the concept of 'positive discrimination' (eg quotas) in Article 116 of the Constitution, which states that "taking positive measures to promote equality between men and women does not consist gender discrimination"; the enactment of law 3500/2006 dealing with domestic violence; the Law implementing the principle of equal treatment of men and women in the workplace, and more.

One of the current programmes run by KETHI focuses on gender equality in the workplace. What policies do you think would contribute in reconciling work and family responsibilities for women and in promoting equal treatment of women in the workplace?

This programme focuses on the reconciliation of work and family life for workers in Greek industry. The survey results, which will be published soon, already look very interesting as they relate to a sector of the Greek economy that has been particularly affected by the economic crisis. These results will be used to formulate concrete policy proposals when the programme is completed. However, I can tell you that the issue of reconciling professional with family life should not concern women alone. Whilst we immediately think of women when we talk about reconciling work with family -because women shoulder the bulk of the burden of household tasks and child rearing- it is very important to change our culture, something which has already begun, so that we have an equitable division of household and family responsibilities between the sexes. At the same time, in order to facilitate work and family balance, it is necessary to have public infrastructure and services such as child care available to all, to convince employers to implement family-friendly policies, to allow teleworking or flexible working hours that benefit employees -rather than employers, as is the case today- raising the very low levels of these work arrangement in Greece, to ensure the protection of maternity and employment rights, etc. 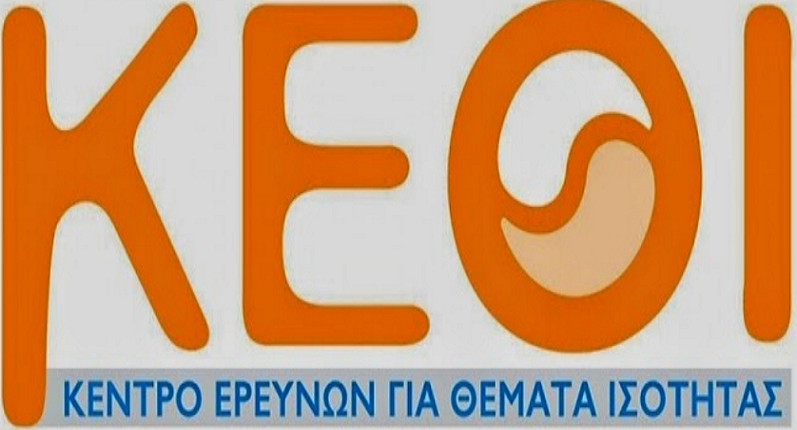 You are a pharmacist by profession and you were a part of the health division of SYRIZA. Could you talk to us about how the current crisis has affected women’s health?

The economic crisis that has struck Greece since 2009 has evolved into a humanitarian crisis in recent years, with serious consequences for the entire population.  More so than anyone, however, those most affected are the socially vulnerable groups, like the unemployed (uninsured) population, and low income workers and pensioners. From this, one can easily understand that women are affected to a greater extent, since they have the highest rate in unemployment, as well as in insecure, low-paid and part-time jobs. Moreover, benefits that women used to have, like free medicines during pregnancy, are no longer provided. Apart from the effects that this could have on pregnant women’s health, if they cannot have their medicines, is also deterrent for pregnancy. You can appreciate that it is very hard for such choices to be determined by economic factors.

However, it is very important to note that in 2016 significant steps have been taken to reverse this situation, such as the Free Access of the Uninsured to the Public Health System, and more recently the free digital mammogram for women over the age of 40. We hope that other such steps will follow.

Achieving gender equality is not only a matter of legislation but of education as well. What results do you expect from KETHI´s programme to train preschool and primary education teachers on gender issues and gender discrimination?

Educating people is precisely our goal in implementing this programme. First and foremost, teachers must be trained on gender issues, so as to be able to pass the message along to students. You know, patriarchal stereotypes are so deeply imbued in our society that each one of us commits daily to errors perpetuating these stereotypes, albeit unwillingly. It is therefore very important that people who undertake the education of our children are aware of and sensitive to gender issues, as well as issues such like sexual orientation and gender identity, so that they can transmit this knowledge to their students. Such programmes are realized on a regular basis and our objective is to reach even the most remote corner of Greece, up to the last village. 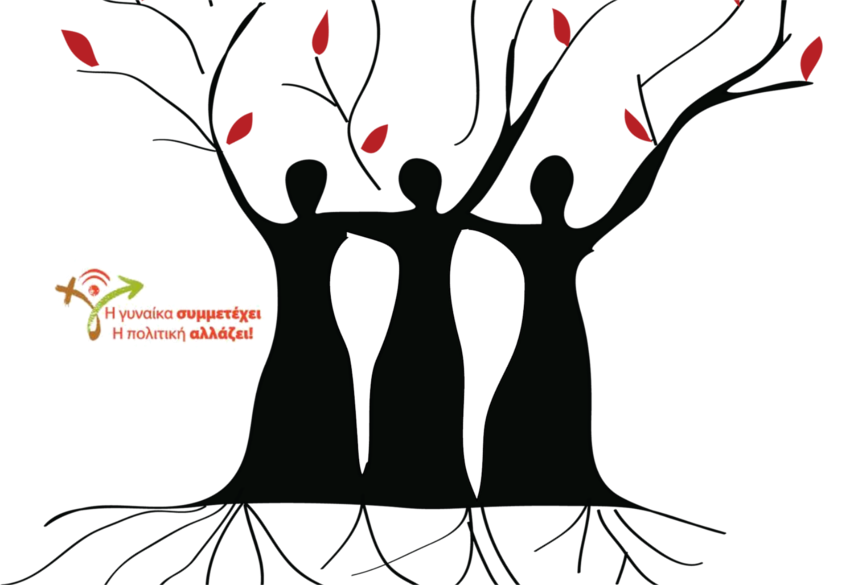 Gender-based violence is one of the major focuses of KETHI. Do you think there is enough information and assistance to women dealing with this in Greece? Could you give us an assessment of the work of Counseling Centres providing support to women victims of gender violence thus far?

From our experience in KETHI, it is clear is that gender violence is all around us, but very few dare to talk about it. The first objective, therefore, is to break the silence and talk about it, to inform without taboo both men and women and encourage them to speak out. We still have much work ahead of us, considering that Counseling Centres for gender violence only began operating in 2012. Nevertheless, the number of women who come to these Centres is constantly growing, and an interesting factor resulting from statistics is that women victims of gender violence come from all social, economic and educational levels. So we could say that although gender violence has a definite gender dimension, it doesn´t have a class dimension.

In the new financial period 2014-2020, Counseling Centres and Shelters are evolving and enlarging their scope, opening their doors to women refugees, while also providing an additional service, that of occupational counseling. Economic independence is an important factor that facilitates the decision-making capabilities of women who want to leave a violent environment, a violent partner or father, and start a new life.

Which would you say are the more serious problems Greek women face today? On the whole, how do you think Greece fares on gender equality issues in comparison to the rest of Europe?

Greece, as I mentioned earlier, has made significant progress in terms of policy and legislation. Furthermore, in the last decade, many programmes promoting gender equality were implemented, and this has definitely contributed to raising relevant awareness. However, there are still many challenges and gender inequalities in Greek society, which seem to be reinforced by the economic and social crisis we are experiencing. In particular, as has been shown by the work of Counseling Centres, violence against women continues to exist, the gender gap in wages is higher than the EU average, and women -despite the decrease in the gap between male and female unemployment due to the increase of male unemployment- still record higher rates of long-term unemployment and are over-represented in almost all socially vulnerable groups. Moreover, the issue of refugees in our country represents a major challenge as regards gender equality, taking into account that women refugees constitute a large percentage of this population; after their displacement, they become even more marginalized and vulnerable and face particular challenges in relation to men refugees. Finally, there is still significant resistance in Greek society to the efforts strengthening gender equality. The resistances are derived from strong stereotypes that still exist and which we are working hard to reverse.