Sofia Siamanidou is Professor of Modern Greek Philology at the Institute of Classical, Byzantine and Modern Greek Studies, Tbilisi State University. She is the author of five books on classical tradition in Modern Greek literature. Her most recent book, “Unbearable” Women, examines three female characters from Ancient Greek mythology: Medea, Helen of Troy and Clytemnestra. She has also compiled and published a Greek–Georgian and Georgian–Greek dictionary. In addition, she also translates from Greek and English, and has published award-winning translations of works by Iakovos Kambanellis, Costas Montis, and other literary figures. 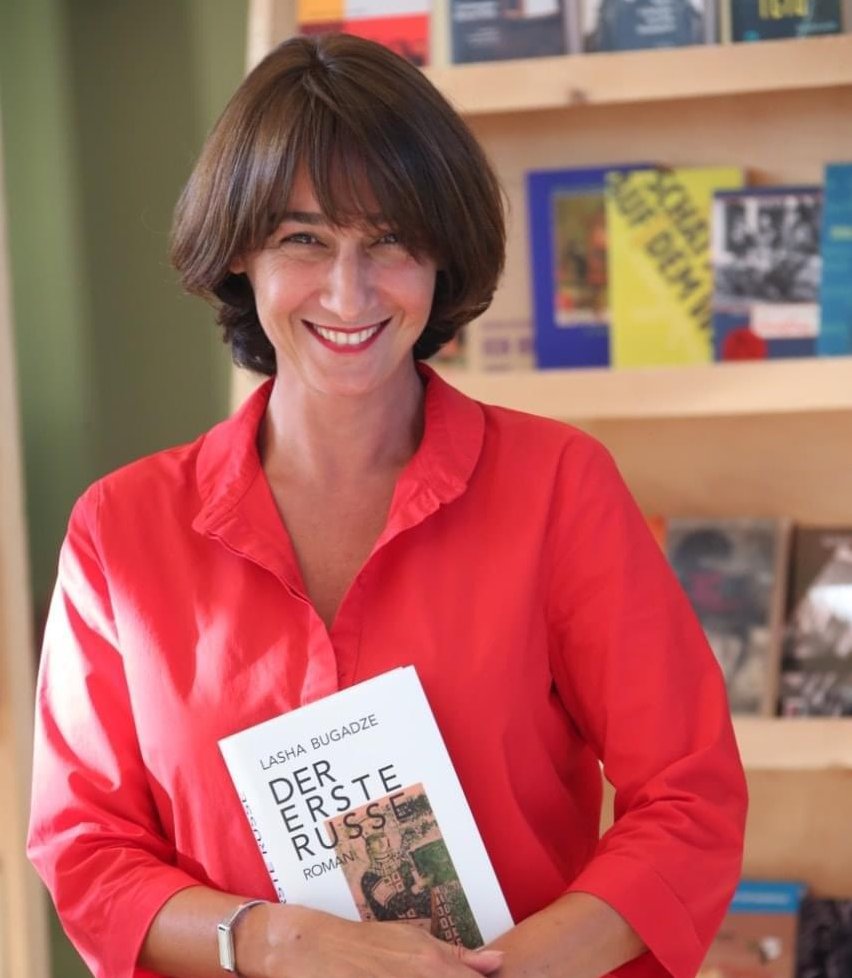 You are Professor of Modern Greek Philology at the Institute of Classical, Byzantine and Modern Greek Studies of Tbilisi State University. Tell us a few things about your academic involvement in Greek culture and language.

As mentioned above, the Department of Modern Greek Philology was founded in 1987 with a visiting professor from Moscow for a few years. I was the first generation of students who graduated from the department. Since we lacked professors of Modern Greek language or Modern Greek literature, I started my job as a lecturer the same year I graduated from the University in 1992. So, for me, it was a student-professor role at the same time – being very young and inexperienced for this job, I had to teach the history of Modern Greek literature to students of the same age as me: a big challenge and a huge responsibility. But, we did not have a lot of time. We had to strengthen the newly established department and reach the level of our colleagues from the Classical and Byzantine departments. I should say that the School of Modern Greek Philology has very soon reached unbelievable results. In a few years, we had quite an impressive number of Ph.D. students, doctors, and professors with international recognition; the Department of Modern Greek became one of the most popular departments at the University with the highest range of students, with the three-level study program (Bachelor, Master, PHD).

In a few years, we had already published handbooks of Modern Greek Language and Literature, monographs, translations, and dictionaries. So, today the Department of Modern Greek Philology of Tbilisi State University is not only one of the most complete and robust departments in Eastern Europe, but we can also compete with the corresponding departments of Western universities. We also coordinate the "Greek Language in School of Georgia" program supported by the General Secretary of Greeks Abroad.

The Hellenic Foundation for Culture has recently launched a number of cultural initiatives in Tbilisi. Could you elaborate on the scope and potential of such cultural events and activities?

The President and board members of HFC recently visited the capital of Georgia. They had very important meetings with the representatives of different institutions, such as the Tbilisi State University, the Writers House, the National Museum, the Greek diaspora, the Tbilisi Book Fair, Publishers Association. The main goal of these meetings was to make the first steps for future cooperation. We already have some plans regarding the participation of HFC in different cultural and educational events in Georgia. In comparison to other European countries, Greece is not very actively involved in the cultural life of Georgia, even though Georgia has much more in common with Greece than with other European countries – it's our history and cultural ties that count centuries. So, the presence of HFC in Georgia will contribute to filling the gap. 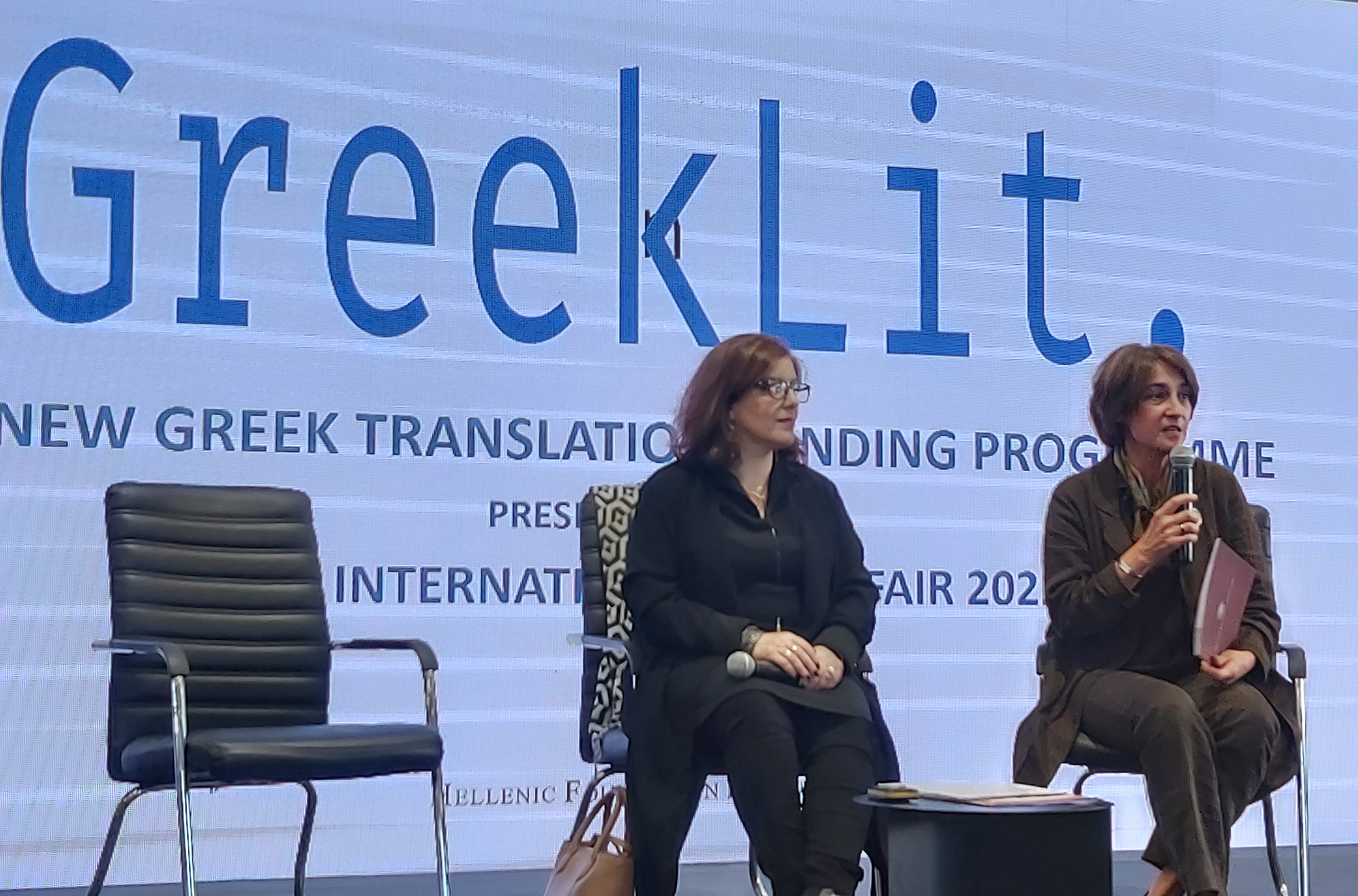 Being the representative of HFC in Tbilisi, which are the respective main areas of focus? Which are the main objectives regarding the promotion of culture, language and literature in Georgia?

The Institute of Classical, Byzantine and Modern Greek Studies has launched quite a wide range of activities, but most are educational. So HFC will try to promote Greek culture in Georgia – by translating Modern Greek books into Georgian, with the participation of Greece in Book Fairs in Georgia and vice versa, by organizing different cultural events, e.g., the evening dedicated to I. Kambanellis’ 100th anniversary, which took place in Writers House this year etc. I hope we can "bring" more Greece to the Georgian people.

You have edited a Greek-Georgian/Georgian-Greek dictionary, while you have contributed through your work to making Greek language familiar in Georgia. What is it that connects the two countries? Are there meeting points between the two cultures?

There are not only meeting points between the two countries, but one can say that we have a shared history in different periods. We can speak about Georgian-Greek cultural and historical ties endlessly. Many books have been written about the relations between these two countries. I will mention some of them: the love story of Medea from Colchis and Jason, the myth of the Argonauts and Golden fleece, mythological figures with "Georgian" origins, such as Circe, Hekate, and Persephone, sisters of the legendary king of Colchis and father of Medea Aeetes, the myth of Prometheus chained on Caucasus mountain; the Greek colonization of ancient period in Georgia and cities that have Greek names till today; the Byzantine period with Georgian queens in the throne of the empire; the influence of byzantine architecture on Georgian churches; back to the 20th century, a considerable number of Greeks finding shelter or even the second homeland in Georgia fleeing from a neighbor country – the fact that has been emphasized in Nikos Kazantzakis’ novels; mixed marriages of Georgians and Greeks. On the other side, thousands of Georgian economic migrants who found a second homeland in Greece in the 90s, after the collapse of the Soviet Union and of course, our faith – both people are orthodox Christians. As part of our daily working routine, my colleagues and I are trying to maintain the connections our ancestors have built and make them stronger.

You have also translated an Anthology of Young Georgian Poets recently published by Vakhikon. What is that make Georgian literature appealing to Greek readers, and, vice versa, in what ways does Greek literature attract the interest of a Georgian audience?

As I already mentioned, the two nations are very close and familiar. So, it was only natural that ancient Greek literature has always attracted Georgians. Approximately all the primary texts of Ancient Greek literature are translated in Georgian – most of them by our colleagues from the Department of Classics. But there was a gap in Modern Greek literature. Thus, we started to translate Modern Greek authors and nowadays not only the most popular Greek authors such as Kazantzakis, Cavafy, Seferis, Elytis are translated and have become well known to the Georgian reader, but also authors such as Samarakis, Nollas, Dimitriadis, Dimoula, Kambanellis, Flourakis etc. have become popular in Georgia. We also translated anthologies of Modern Greek poetry and short stories.

As I already stated, many Georgians live in Greece today. So, getting in touch with Georgians makes Greek people want to know more about their culture, which includes not only Georgian dances, polyphonic songs, and good wine. The spirit of Georgians is the first object of interest and is mostly expressed in literature. That was why we started to translate Georgian literature into Greek. Today we have the Anthology of Georgian Poetry (Kastaniotis), the Anthology of Young Georgian Poets, a novel by Georgian writer Lasha Bugadze, and the Selected poems of Paata Shamugia (Vakhikon) and some other texts are on their way to publishing houses. As for why Georgian/Greek literature will attract the interest of the Georgian/Greek audience – the answer is simple - I think if you want to know any people or nation, you have to read their literature because literature is a kind of “passport” of every nation. 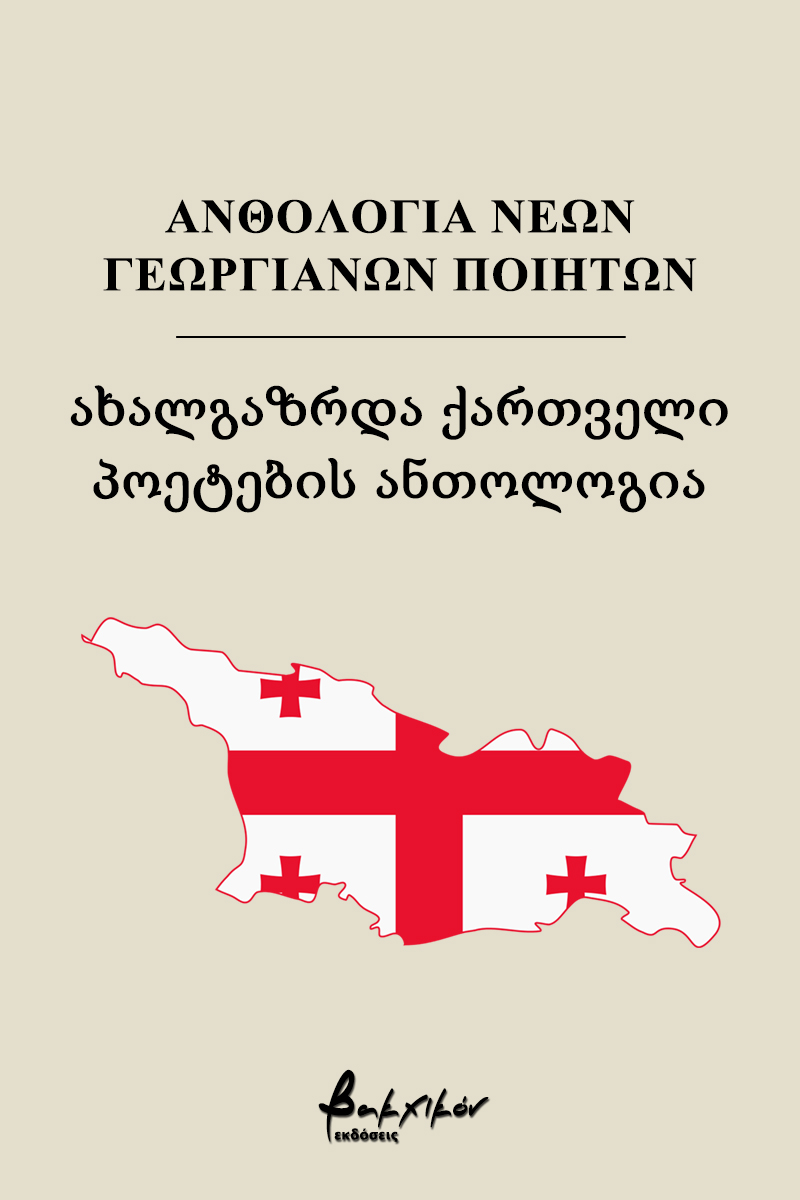 It has been argued that when translating from a so-called "minor" language, translators do sometimes hold remarkable power, including the power to produce what will in many cases become the only interpretation of a work of literature available in a given language. How do you respond to this power? Can translation ever be unethical?

Α translator can be unethical in relation to translations from any language either “minor” or “major.” The problem with translations from “minor” languages is the scarcity of translators, therefore the specific translator may have a monopoly to suggest his/her version of translation. In this case the responsibility of the translator is of course very high; however, I believe that the ethic standards work in the same way in any circumstances and translators have to be professional and avoid being unethical even if there is a lack of competing translations available. We are aware of great translators for instance translating from Greek to Georgian – Tamara Meskhi, Tatia Mtvarelidze, Maia Kakashvili, Ani Chikovani, etc. Their attitude is full of responsibility as they translate for a smaller Georgian language audience and these translations are not of lower quality compared to those made by long existing schools of translators. (In English, German, Russian…languages)

How important is the role of translation in the dissemination of a literature beyond national borders? In general, could translation contribute to a better understanding between cultures and translators act as cultural ambassadors between countries? In this respect, how important are initiatives such as Greeklit?

I believe, that the role of a translator is not only important but rather crucial. As I already mentioned, literature is the certificate for the country. In order to get familiar and understand the specific nation, one has to learn about their literature. The best way to learn about Greek history - the Asia Minor Catastrophe, for example - is not reading of scientific texts, but rather fiction dedicated to this historic event. Translators demolish language limitations and enable readers to read, understand and feel texts that would be never be accessible to them otherwise. Therefore, translators can be definitely considered as ambassadors between cultures. They serve as a bridge between the reader and the writer, who do not speak the same language, but share the universal values of humanity and the same love towards literature. Therefore, it is beneficial when a Government promotes literature and supports translation.

In many cases private publishing houses are not ready to translate less familiar texts for smaller markets like Georgia. Georgian National Book Center was set up to serve this purpose and for 2018, when Georgia was the guest country at the Frankfurt Book Fair, an unprecedented number of Georgian books were translated - more than 300. Unfortunately, despite its success, the centre was shut down by the new administration of the Ministry of Culture and some functions are implemented by Writers House on much lower scale. Greeklit absolutely does a very important job. Today Kazantzakis or Cavafy may be translated by any private publishing houses, however they would rather not dare publish less familiar authors. Projects like Greeklit support publishers and authors and at the same time promote knowledge on their own culture, identity and history (as literature includes all the above mentioned) in other countries.