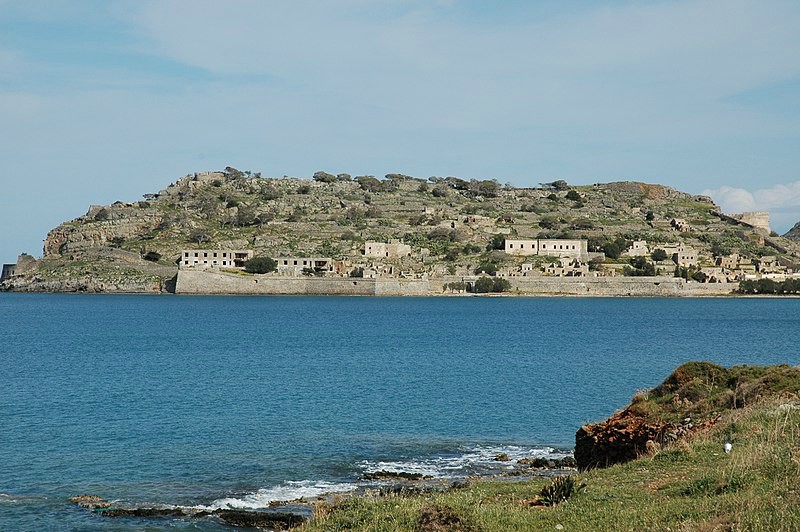 Throughout its long history, Greece and the Greek world have been hit by a number of devastating epidemics, as well as being impacted by the outbreak of European epidemics and global pandemics which claimed the lives of thousands. We here attempt an overview of the great plagues that have affected parts of the Greek world, along with a brief history of social isolation and quarantine as a measure against contagious diseases in Greece.

The Plague of Athens

The enigmatic painting titled Plague in an Ancient City was created by Michiel Sweerts(1618-1664 AD), a Flemish master who resided in Rome from circa 1646 to 1652. The work is believed to be inspired by the Plague of Athens (430-427 BC). That was an epidemic of uncertain origin which killed an estimated 75,000 to 100,000 people and had probably entered Athens through Piraeus, the city's port and sole source of food and supplies. The disease that caused the outbreak has still not been identified, with speculations ranging from the bubonic plague and typhus to the Ebola virus.

In his book Piety and Plague: From Byzantium to the Baroque, Franco Mormando attempts to shed light on the question of the painting’s subject. According to the professor "in the nineteenth century and as late as 1984 the painting was thought to portray the Athenian plague." 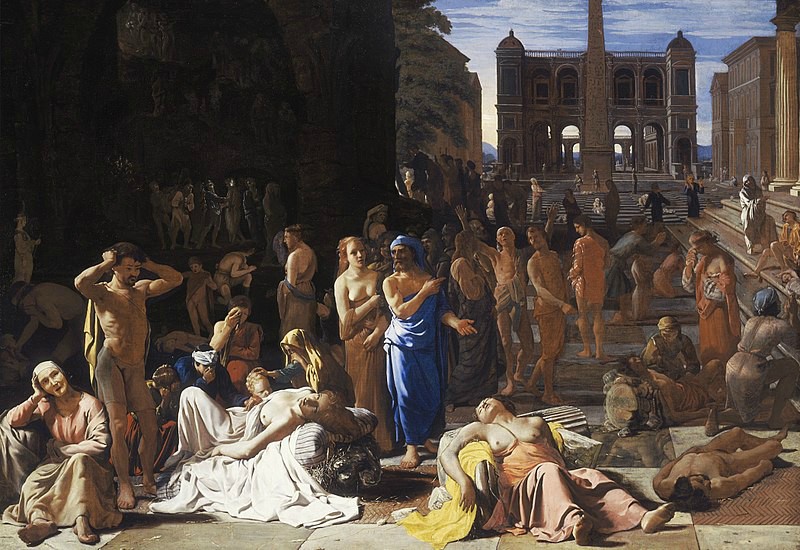 Thucydides' wrote about the deadly epidemic in Book Two of his History of the Peloponnesian War. However, as Mormando notices, a careful comparison of text and canvas reveals that the similarities are, in the end, too few to make a convincing argument. "Sweerts may have borrowed certain isolated elements from Thucydides. The Greek historian refers (2.47, 51, 52) to the Athenians' many earnest "supplications" to the gods for relief from their affliction, and to the crowds congregating outdoors in public spaces, especially the sacred precincts, and to the profound depression of those not yet stricken by the disease. All of these elements are represented in Sweerts' canvas; the response of despair is prominently reflected in the melancholy elderly woman seated, hand to cheek, in the left foreground".

Other scholars are of the opinion that Sweerts' Plague in an Ancient City is not "in any way a documentary work. It is rather a meditation on the disease's effects on mankind assuaging its horrors through art."

The Plague of Justinian

The Plague of Justinian began in 541 AD and is first and the best known outbreak of the first plague pandemic. It may have started in Egypt and was carried to other continents by merchant ships. During that time it is believed that as many as 25 million people died of the plague in the empire (across three continents) and at its peak about 5,000 per day were dying in Constantinople alone. According to court historian Procopius, even the emperor Justinian I contracted the disease and recovered in 542, at the height of the epidemic in the imperial capital. Despite its impact, no depictions of the pandemic survive.

The Black Death and later outbreaks

The Byzantine Empire was of course also greatly impacted by the infamous Black Death, as was the rest of Europe. During the 1347-1453 period, a total of 61 plague reports were noted by Byzantine historians and scholars, which can be distinguished in nine major epidemic waves, 11 local outbreaks and 16 disease-free periods. Constantinople and the Venetian colonies of the Ionian and Aegean Sea were the areas most affected by the plague. Plague was repeatedly introduced to Constantinople because of its strategic location between the Mediterranean Sea and the Black Sea and between Europe and Asia, as well as its position as the imperial capital.

Although the Black Death was the most fatal pandemic recorded in human history, images from the time of the scourge actually depicting the disease are very scarce; in fact, most images commonly associated with the plague actually depict other diseases, such as leprosy or smallpox. One case of an illustration from the times of the "Great Mortality", as it was also known, is a miniature by Pierart dou Tielt illustrating Gilles li Muisit’s Chronicle (circa 1353). It shows the people of the city of Tournai (in modern-day Belgium) burying victims of the plague. The artist doesn’t emphasise the exact nature of the disease, but instead highlights its ultimate outcome: massive deaths and widespread fear and anguish. 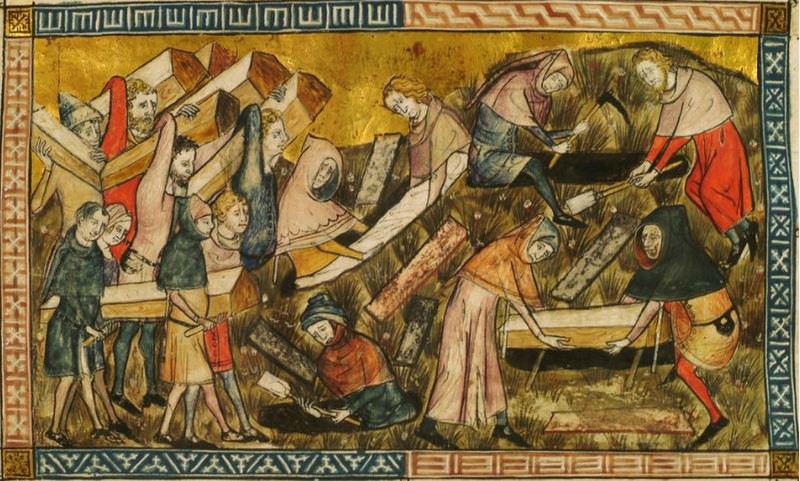 People of Tournai burying victims of the plague, by Pierart dou Tielt

After having reached its peak in the mid-14th century, the plague died out in most places but it became endemic and recurred regularly series of major epidemics occurred in the late 17th century. The area of the Eastern Mediterranean was particularly exposed to epidemics of the virus. A series of outbreaks were recorded in islands such as Crete until as the 19th century. The island was hit by at least two major bubonic plague outbreaks in the 16th century, and as many as five in the 17th century. In 1630, the Church of St Rocco was erected in Chania -then under Venetian rule- possibly following another epidemic, since the catholic saint is specially invoked against the plague.

The Ionian Islands -which were also an overseas possession of the Republic of Venice for the better part of the Renaissance and Early Modern Period- suffered a series of major plague outbreaks, mostly brought via their ports, over the course of the 17th and even 18th century. One of the most devastating epidemics was that of 1743 on the island of Lefkada, then mostly known as Santa Maura. It started at the port of Messina in Sicily, possibly carried by vessels, and was then transported by other ships to various ports, including that of Lefkada. Over a period of a few months, the disease decimated the island’s population, with some estimates raising the death toll to one third of its inhabitants. As a response to recurring epidemics, the Venetians established various quarantine stations, known as lazarettos, across the Ionian Islands.

Leprosy (also known as Hansen’s disease) is a long-term bacterial infection that can affect the nerves, skin, eyes and respiratory tract. Nowadays it is curable with multidrug therapy; however, until as late as the mid-20th century, it was feared to be highly contagious and was dreaded due to its symptoms sometimes including disfigurement and debilitating nerve damage. People affected with the disease where thus stigmatised, and usually isolated in "leper colonies" with almost no contact outside of those communities.

It is believed that leprosy had infected Greece quite early in its history, with one traditional theory linking it to members of the army of Alexander the Great who supposedly contracted it when they invaded India in the 4th century BC, then carrying back to the Eastern Mediterranean upon their return.

Due to their position and their role in sea commerce, several Greek islands of the Aegean were often infested with leprosy. The first leper colony in Greece was established on the island of Chios -then under Genoese rule- in c. 1378. Known as Lovokomeion, it provided decent living conditions to the patients and remained in operation, with small intervals, until the late 1950s, when all leper colonies where were disbanded by the Greek government, after the treatment became widely available. 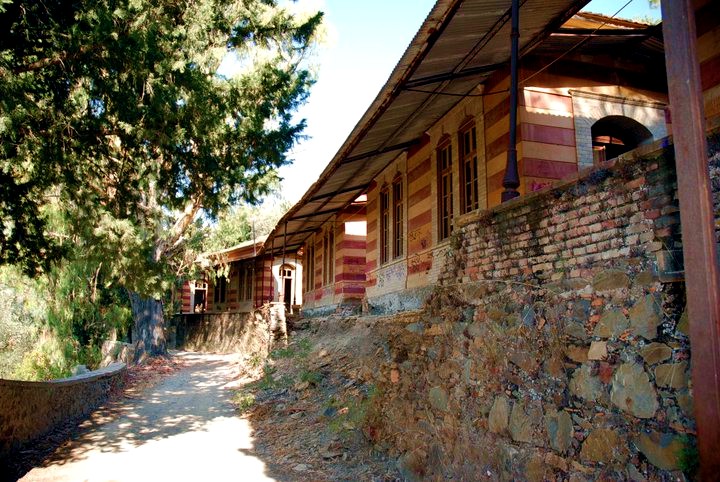 Buildings forming part of Chios’ Lovokomeion, as renovated by engineer I. Veriketis in 1909 (photo by Babiskiliaris via Wikimedia Commons)

Another relatively large isolated community was established by the Greek government on the island of Samos, where leprosy had also become endemic. Founded in 1887, it was inaugurated in 1896; for the most part of its operation, residents often faced inadequate living conditions due to financial shortage.

The largest and most notable leper colony in Greece, however, was in Crete. It was founded in 1903 on the islet of Spinalonga, just off the north-eastern coast of Crete, which was then still an independent state (1898–1913) after centuries under Ottoman rule. After Crete’s annexation by Greece in 1913, infected people from around the country were also shipped off to the small island, were they lived largely abandoned by the state in poor conditions. The place was recently made internationally famous through Victoria Hislop’s international best seller The Island, where she recounts the harsh lives of the inhabitants during the last decades of the leper colony’s operation.

Also read via Greek News Agenda: The Plague of Athens as told by Thucydides: a timeless analysis of an epidemic; Epidemiology and international cooperation in early 20th century Greece; Of malaria and epidemics: an interview with historian Katerina Gardikas; Reading Greece| Victoria Hislop: I want to get my short stories turned into short films to introduce people to another side of Greece!

M.V. (Intro photo: View of Spinalonga from the town of Plaka, Crete [by Silfot via Wikimedia Commons])