Civil Partnership Rights for All

One of the most notable reforms of 2015 in Greece was the recognition of same-sex partnership by the Parliament, on December 22. With 194 votes in favor the parliament had given the green light for homosexual couples to enter into a civil union partnership, in a an historic and important step in the right direction. The new law, which was strongly opposed by the Greek Orthodox Church and several political parties, recognizes partners of a civil union agreement as next of kin and enables same-sex couples to enjoy some of the same rights granted to married couples, like hospital visitation rights, emergency medical decisions and inheritance rights. 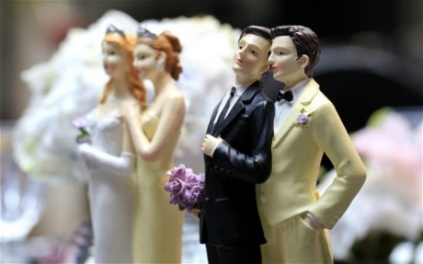 Prime Minister Alexis Tsipras said the passing of the bill helped defend people’s right to equality “regardless of gender and sexual orientation.This ends a period of backwardness and shame for the state, which led to our country receiving international rulings against it” he said. “Instead of celebrating, though, maybe we should apologize to hundreds of thousands of fellow citizens that have been denied their rights all these years.”

Joyce Hamilton, Co-Chair of ILGA-Europe’s Executive Board said that “this is the realization of years of political promises. Successive Greek governments had talked about legally recognizing same-sex couples and I’m thrilled to finally see these positive words translated into meaningful change for couples in Greece”. According to  Gauri van Gulik, Amnesty International’s Deputy Director for Europe and Central Asia,  “this law means that the State acknowledges that same-sex relationships exist, and that they matter. It sends a message of hope not only to lesbian, gay, bisexual, transgender and intersex (LGBTI) people, but to everyone fighting for justice and equality. The message is that Greece is becoming more tolerant”. However, Amnesty International still believe that the fight for LGBTI rights is far from over and urges the Greek government to guarantee all rights, including equality before the law (including marriage), adoption rights and legal gender recognition for transgender people.