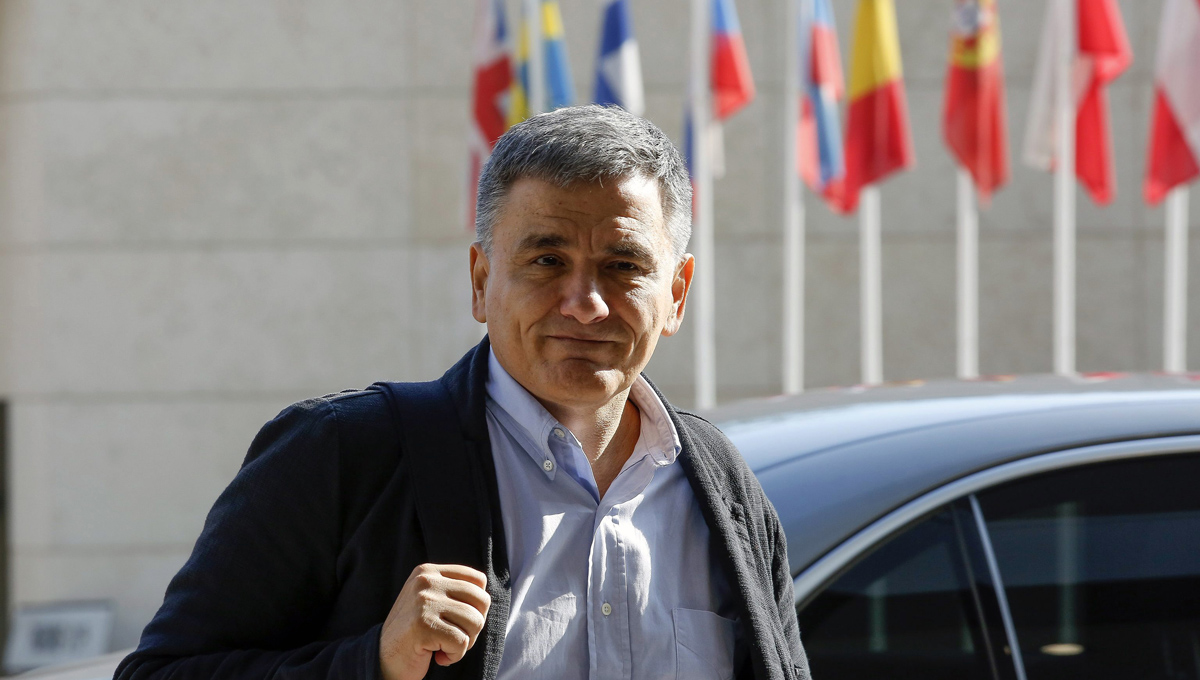 Finance Minister Euclid Tsakalotos expressed the joint belief of all Eurogroup participants that an overall agreement on Greece - including both the release of the next loan tranche and the prospect of debt relief - is possible in the next three weeks, in comments following the conclusion of the meeting of  Eurozone’s  Finance ministers that took place in Brussels on Monday 22.05.

Euclid Tsakalotos noted the significant progress achieved so far, adding that there is widespread agreement that Greece has met its obligations in terms of implementing the prior actions policy package. "The representatives of the lenders and the member states of the Eurozone stressed the quality of our reform project", he said, and foresaw no obstacles in the formal conclusion of the second review. The minister noted that it was agreed to keep primary surpluses at 3.5% for four years beyond 2018, reiterating that there was agreement to further clarify the debt relief measures to be implemented after the successful conclusion of the Greek adjustment programme.

Tsakalotos stressed that negotiations over the debt were tough. The Greek government has met its obligations, he said, and now it is the turn of the International Monetary Fund and Eurozone member states to reach a compromise. This was not possible at this meeting, because, according to the Finance minister, negotiations began with greatly divergent positions, and despite attempts to close the gap there was a general sense that more work was necessary before an agreement could be reached.

Therefore, he added, it was decided to provide additional time in order to better define the debt relief measures, stressing that all sides were committed to reaching a compromise: “all parties believe this will be possible within the next three weeks, prior to the Eurogroup scheduled for June 15”. 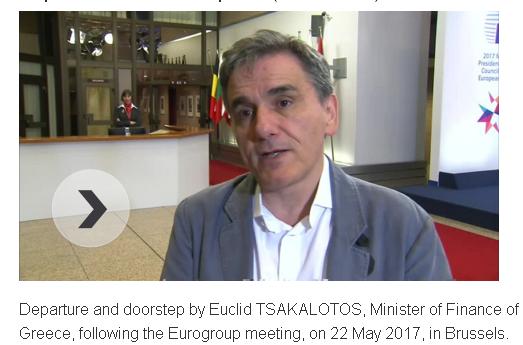 Eurogroup President Jeroen Dijsselbloem also expressed his belief that conditions will be ripe for achieving a comprehensive agreement at the next Eurogroup on June 15, welcoming the progress achieved at a political level on the issue of Greece’s debt. “We are very close to an overall agreement, however that was not possible today,” he said during a joint press conference with European Economic and Monetary Affairs Commissioner Pierre Moscovici and the head of European Stability Mechanism (ESM) Klaus Regling.

Finance Minister speech in Parliament on omnibus bill: "What we did was compromise"

Euclid Tsakalotos, in his speech during the Greek Parliament discussion (21.05) on the omnibus bill of measures agreed between the government and its creditors, assessed the preliminary agreement, estimating that in the seven-year period 2015 and 2021, the SYRIZA-ANEL governing coalition will have taken austerity measures worth 14.2 billion euros. As he said, "we have explained that the tax-free threshold as well as pensions will be reduced", stressing that the government did not agree with those measures, from an ideological or even financial point of view: "our position is clear. What we did was compromise, because it was known from the beginning of the memorandum that the IMF had to enter the programme and the IMF had this demand, in my opinion, using the wrong calculations and the faulty reasoning."

As far as the countermeasures are concerned, which include the Social Solidarity Income, doted with 850 million euros, the Finance minister recognized that they are aimed basically at helping the very poor and not at the middle classs (although some, like the housing allowance programme, cover middle incomes as well). "Middle classes have been disproportionately impacted by the austerity measures" admitted Tsakalotos, clarifying that this happened not only because absolute priority was given to the needier and the handling of the humanitarian crisis, but also because the government was focused on fighting corruption and tax-evasion, a front on which efforts have started bearing fruit. 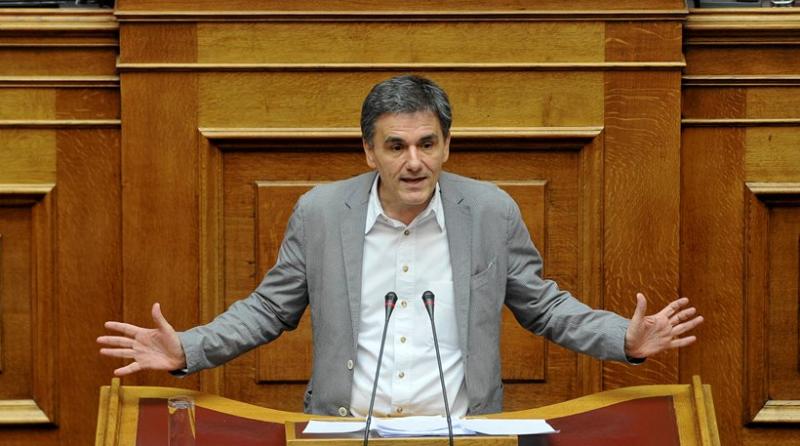 Tsakalotos recognized that cutting down pensions negatively affects not only the pensioners, but also their children or even grand-children who often depend on these pensions as their only source of income. However, he stresses, in a functioning welfare state, the pensions are for the pensioners, and unemployment is dealt with via other government schemes. This is exactly what the government is trying to do now, he noted, with its programme for active employment policies.

As far was the overall economy is concerned, Tsakalotos said: “if you look at what macro data economists say, that is, the empirical evidence, things are pretty good. Industrial production rose by 8.7% in March, compared to the March of 2016. This is the sixth consecutive month with positive growth rates. And manufacturing has gone well. Retail sales have risen by 4.6% in the January-February period, compared to same period last year. Also, according to the data of the ministry of Labour, during the last four months, we have a net new job creation of 125,000. Many of these jobs, more than half, are not seasonal. We also have exports that grew in real terms by 6% in 2016."

The minister concluded asking: "Everything's alright then? No. What is wrong, what did not go well during the last quarter of '16 and the first quarter of '17, is investment, both public and private. But from what I understand, almost all of the market, all the funds, all investors have suspended their decisions until this second review is concluded and we enter the European Central Bank's quantitative easing (QE) program.”