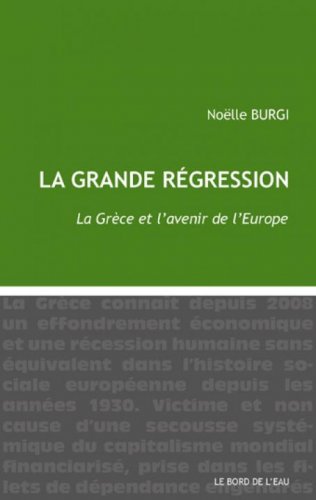 Noëlle Burgi is a political scientist and sociologist, a researcher at the Centre National de la Recherche Scientifique (CNRS), currently working at the Centre Européen de Sociologie et de sSience Politique (CESSP) of the University of Paris I Panthéon-Sorbonne. Her research focuses on the transformation of the state in Europe, neoliberal governmentability, the reconfiguration of the welfare state and its political and social consequences. Among other academic works and articles she has published in the Monde Diplomatique, Noëlle Burgi also edited the collective work:  “La Grande Régression. La Grèce Et L’avenir De L’Europe” (“The Great Regression. Greece and the future of Europe”). Noëlle Burgi talked to GrèceHebdo* Greek News Agenda's sister publication:

Austerity policies can be defined as a coherent set of measures leading to the decline of social rights that were conquered more than a century ago, when the welfare state was built. They seek to change the balance between capital and labor by deconstructing  the social systems legal frameworks that ensure social solidarity, substituting the founding principles of democratic coexistence with the mechanisms of competition. The consequences of austerity are always selective, affecting mainly public goods and services upon which vulnerable social groups and the middle class depend.

The 2008 financial crisis has undoubtedly been seized as an opportunity and a pretext by the European Commission, the European Central Bank and the most powerful countries in the euro area, starting with Germany, to push further, more quickly and irreversibly the hitherto gradual decline of social rights. Just as for the first time in Western Europe, elites and dominant institutions applied to Greece and to other debtor countries IMF’s widely discredited method of structural adjustment, the European Union was preparing, with the 2012 Fiscal Stability, Coordination and Governance Treaty (TSCG), the enhancement of the powers of the ECB and the Commission. These two institutions are now monitoring national budgets ex-ante as well as ex-post and can almost automatically punish any member-state that disobeys austerity requirements.

It is not by chance that the ECB President, Mario Draghi, said in 2012 precisely, that the welfare state was "over". Submission to the regulations bolstered by the Treaty was also intended to produce a deterrent effect by stigmatizing Greece.  Since 2012, there have been numerous and intrusive interventions of the Commission in the national budget programs. As a result, the states adopt "reforms" that speed up the disintegration of unconditional social rights, the deterioration of solidarity institutions (from collective bargaining and public hospital to national education) and the privatization of common goods, such as water, electricity and transport. 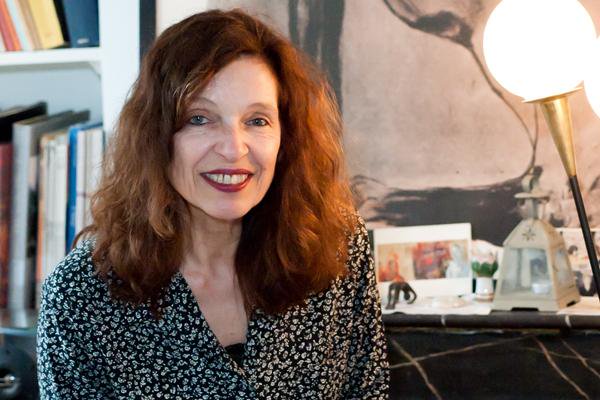 The collective work "The Great Regression" (which you edited) calls Greece the "laboratory" for the reconfiguration of European economic and social policies. Do you also see the rise of Syriza in power as another case of political experimentation?

What do you see as being the main impact of the policies of Syriza for the Left in general, and for the anti-austerity movement in Europe specifically?

Syriza raised great hopes among the European Left because it embodied a consistent political and intellectual response to the prevailing EU norms;  the possibility to give people back their dignity and control over their fate, to refocus European choices towards a balanced and just economic and social development, to prove that another politics is possible and to change the balance of power with the emergence elsewhere in Europe, particularly in Spain, of similar social and political movements.

A coalition of powerful countries and dominant interests turned Greece into a laboratory, subjected to the imperatives of "internal devaluation", in total denial of the incontestable theoretical and empirical evidence attesting to the failure of the stated objectives of austerity (return to sustainable growth) and in blind disregard for the consequences of their policies, including the humanitarian crisis in Greece, the rise of social violence, strengthening the extreme right and xenophobia. This coalition decided, you know, to crush the movement supported Syriza in 2015.

In doing so, they also decided to administer a political lesson to the rest of Europe, especially to the protest movements of the Left with the wind in their sails. Greece was made an example of for the entire continent, intended to demonstrate that the hegemonic logic would in no way be questioned. The German-European ultimatum that "crucified" Alexis Tsipras on the night of July 12 to 13 in 2015, also served as a warning for France, Italy, Spain and Portugal, so that they would not deviate from the rigors of budgetary discipline. Simultaneously, it actualized the will of the German finance minister, Wolfgang Schäuble, to reduce Greece to a debt colony, but also, as pointed out by Joschka Fischer, to transform a European Germany to a German Europe, reviving the Machtpolitik (Power politics). All this has profoundly shocked the world, and of course the divided movements of the European Left as a whole. The whole struggle for recognition of the right to have democratic and social rights has to resume. In Greece and elsewhere.

What is future for the European project given the handling of the economic crisis, the retreat of the welfare state and the management of refugee crisis by European leaders? Is another Europe possible or are we moving towards a Europe of borders and identity politics?

Europe is threatened with collapse. The catastrophic management of the so-called sovereign debt crisis and the deep fractures revealed and /or caused by the flow of refugees from the Middle East, North Africa and sub-Saharan Africa, clearly show that Europe will be forced to choose between, on the one hand, the possibility of a breakdown due to the reintroduction of border controls and the resurgence of nationalism and, on the other, a decisive shift to federalism aligned with democratic objectives. The first seems most likely because the far-right xenophobic forces are on the rise, due to the persistence of the dominant economic, social and political logic.

The European dream is dying, if it is not already dead: the dream of creating a social and democratic space based on a cosmopolitan conception of identity and citizenship. In its place, Europe seeks to protect itself behind walls, barbed wire, military and police, trying to pass over to Greece and Turkey the management of migration flows and the responsibility for internal divisions of EU’s own making. This is not a new problem and it is becoming even the more serious. As Seyla Benhabib said in 2005, "negotiating the status of insiders and outsiders has become tense, almost warlike."