Project ART.Reef is an ambitious research project, developed by the scientific team of the Ichthyology and Aquatic Environment Department of the University of Thessaly. The project aims to create of artificial reefs from underwater sculptures at the seabed of the Pagasetic Gulf in order to examine the possibility of using such reefs for Ecosystem Management and the restoration of the marine environment.

At the same time, the underwater sculptures will form an exciting diving attraction too, showcasing the mythological lore of Jason and the legendary Argonauts. The concept is that a dive at the reef will fell also like a dive into mythology.

“I have had this idea for many years. In particular, I have been thinking of it since I saw a submarine museum with sculptures by an artist in Mexico (pictured below). It was something exciting and I thought that this could also happen in Greece,” the project’s coordinator Alexios Lolas said to the Athens News Agency. 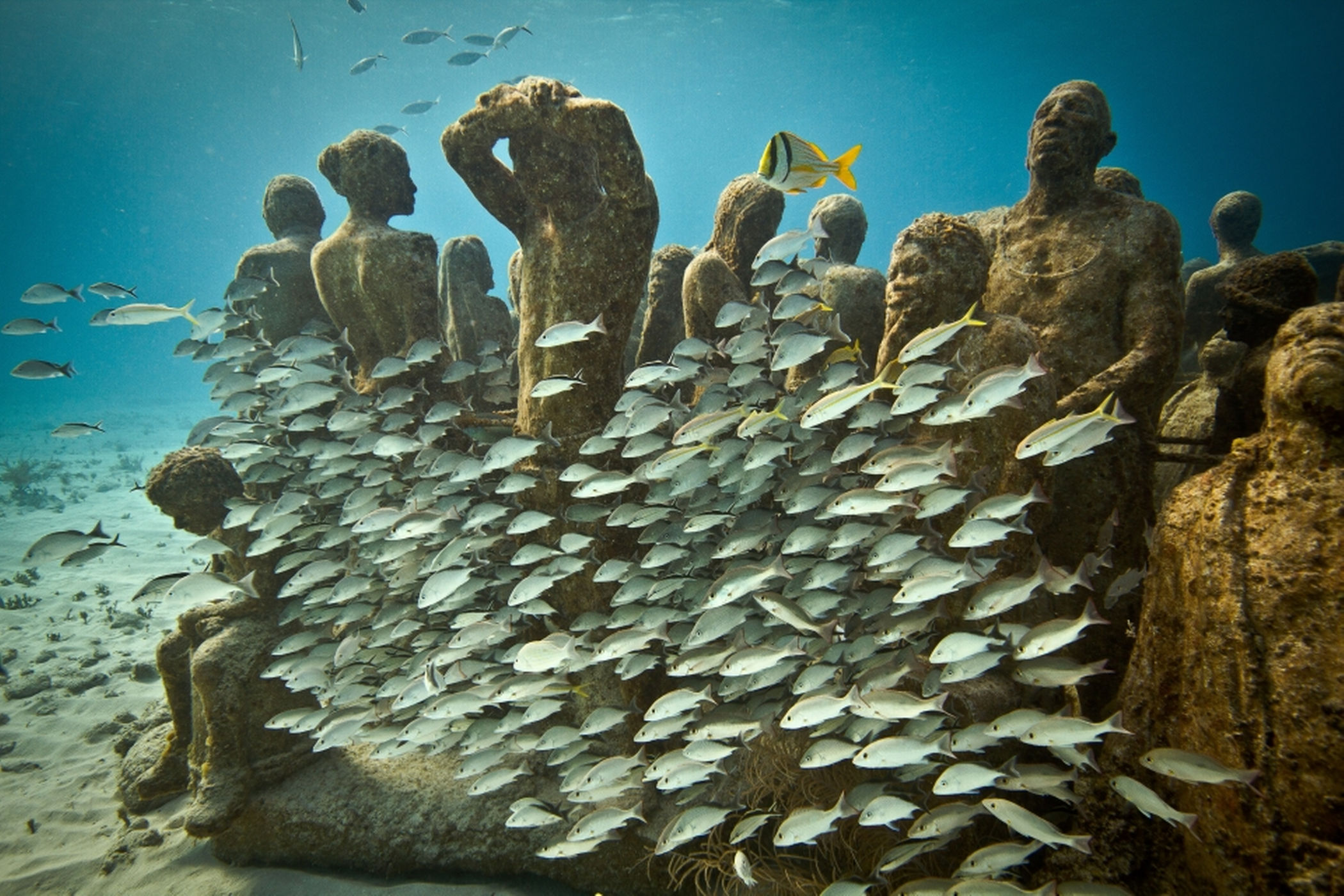 “The goal is to make it in a sandy seabed that is desert in order to create the right conditions for microorganisms, sponges, seaweed, starfish, fish and create a biodiversity. This reef art, as we call it, seeks to combine art with science," he added and explained that “we want to study whether it has a positive effect on the ecosystem, but also be able to study the effect it will have on the local society as regards development, tourism and generally boost the local economy and promote diving tourism in Greece as it is in its infancy, or almost nonexistent.”

Although Project ART.Reef is not the first underwater attraction with sculptures, it is going to be the World's First Crowdfunded artificial reef. Furthermore, it will be world's first research spot where the "diving footprint" will be studied and quantified, so that the reef can be used in a sustainable manner.