MIRRORS: Polyphonic narrations on a social world in crisis 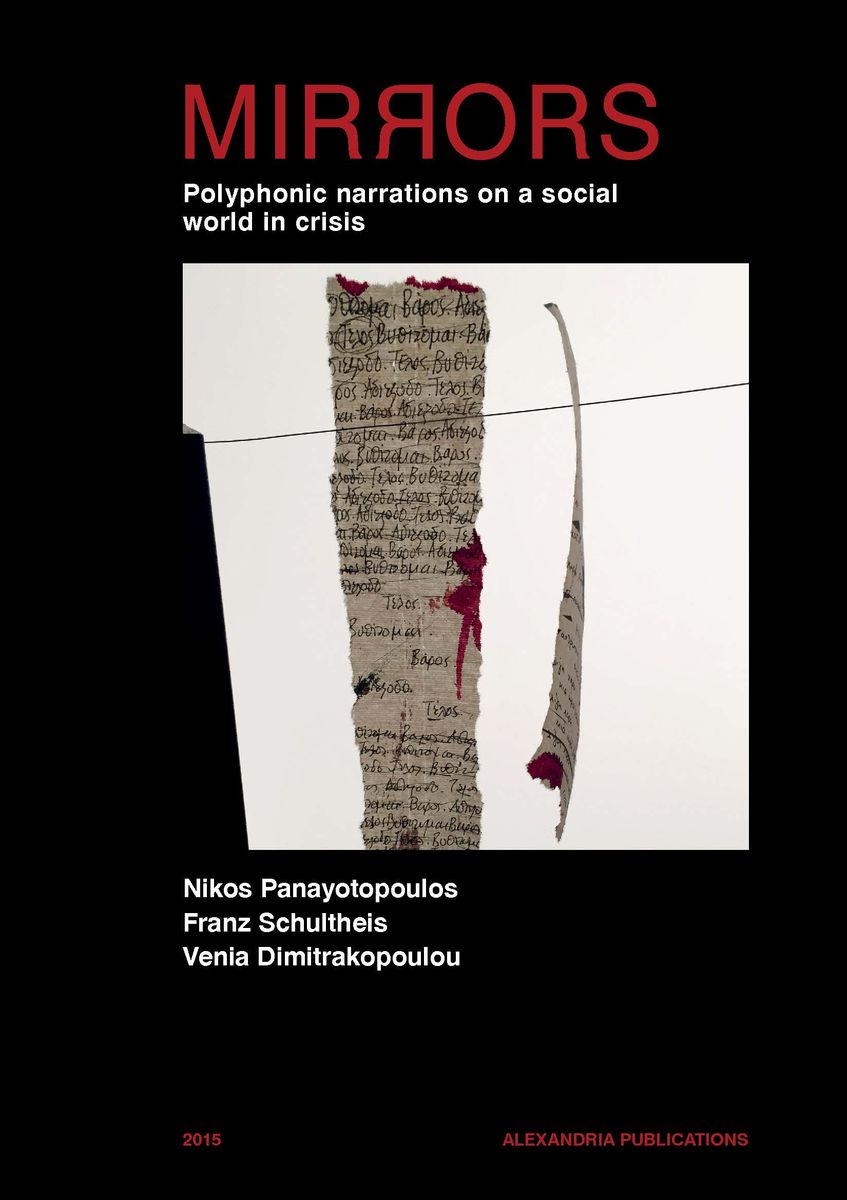 3 books; 2 sociologists and 1 artist; Greece and Germany; The era of “Great Depression”:

Two social scientists and an artist juxtapose two different ways of speaking about society, science and art. Sociologists Nikos Panayotopoulos (University of Crete), Franz Schultheis (University of St. Gallen, Switzerland) and sculptress Venia Dimitrakopoulou, in their joint publication entitled MIRRORS: Polyphonic narrations on a social world in crisis (Alexandria Publications) attempt to make known and recognizable one of the major stakes of our times: that it is the “kairos” or moment of truth for the arts and the social sciences when they must combine their symbolic weapons in order to defend a social world shaken and deconstructed by new and bold international forms of domination.

With their concern focused on the Europe of today, which is moving further and further away from the realist utopia that originally often characterized it, all the while turning the political dreams of many of its citizens into a nightmare, the two sociologists studied both Greece and Germany in order to trace the deep contradictions of neoliberal capitalism. Placing side by side the findings of their research, they present the reader with a comparative tomography of two societies which, for all their apparently contrasting positions in a multi-speed and multi-power Europe, are essentially two sides of the same coin: they are both traversed by a powerful sociohistorical dynamics linked to the radicalized financial logic of globalized capitalism. In two complementary books, The Economy of Misery and The Misery of Economy, numerous women and men testify on their every day experience in an anomic social world and speak about their lives, for which the global crisis seems to have precluded any clear and realizable future.

In response to this research portfolio, the visual language of Venia Dimitrakopoulou explores such polarities of these human beings at both material and symbolic levels; by creating a visual work titled MIRRORS, published in the book Dialogues, which functions as an “instrument” of recuperation and emancipation, and so enabling the realization of the principal aim of her colleagues. To wit, offering to all “everyday people”, who experience the crumbling-down of their relations with the feasible, the probable and the permissible, an opportunity to escape from the darkness, to turn into mirrors, in which observers can recognize themselves and try to better understand their own social situation.