AthensLive: An Alternative Initiative in the Greek News Landscape

Greek media have been accused over the years of being biased and unreliable. Media organizations, their ownership and the political elite have often functioned on a basis of mutual interdependence, using frequently the Greek media as instruments of political parties and corporations. Public trust on them has diminished and the situation has worsened in the last few years due to the financial crisis, since stakes are now even higher. 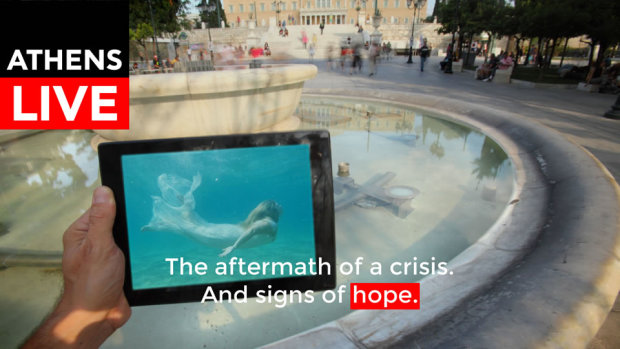 The stifling economics of the Greek media also extend down to journalists’ working conditions. Journalists sometimes work unpaid, while freelancers are often paid with a delay of over six months. Journalists who want to work outside these constraints see no options. International media outlets may constitute an alternative, but they have no commitment to telling the Greek narrative.

That is mainly the rationale behind the creation of AthensLive, a new media project that aspires to become the main independent English-speaking news portal in Greece. AthensLive is a collaboration between Greek and international journalists. It was initiated by journalist Tassos Morfis and visual journalists of FOSPHOTOS (Yannis Drakoulidis, Gerry Domenikos and Angelos Christofilopoulos), who saw the need for an English language news source about Greece providing a sustainable alternative to traditional news outlets: “we want to tell the story our own way: independently, professionally, and objectively…”

AthensLive provides English-language reporting, analysis, and commentary on the situation from Athens and throughout Greece, with respect to the code of conduct and various social groups often under attack by mainstream narratives (such as immigrants, the LGBTQI community, and others). Their goal is to become a point of reference for journalism in Athens, both with their digital content and their office space, which will remain open to journalists from all over the world as an innovative hub that brings content producers and informed citizens in this city together. 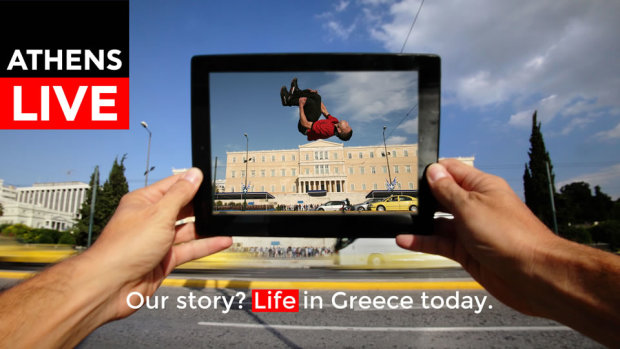 AthensLive targets audiences across Europe, in the Greek diaspora, expats living in Athens as well as readers in large English-speaking markets such as the U.S. and Australia, who are interested in Greece. But at the same time, it is also poised to win over readers from Greece in a move to challenge the current narrative about Greece in the mainstream media. “Basically, AthensLive will be publishing what is missing from the Greek [media] outlets,” says Morfis. Without a political agenda that would stunt their coverage, they are convinced that they can touch on any social, political, economic and cultural story.

Claiming that is totally detached from the Greek media and advertising industrial complex, AthensLive does not expect any traditional advertising revenue nor will it accept funds with strings attached. Within this framework, their crowdfunding campaign was launched on April 5. From the first week the project managed to secure 20% of its goal, due to an unprecedented response by its audience, making it crystal clear that not only was there room for such an initiative to succeed, but also that there is a need for it to exist.

The campaign will last 45 days in total, with a goal of raising 60,000 Euros to cover running costs, buy necessary equipment and build its website. The ultimate goal is to build a platform for high quality daily content and thus create a hub for independent journalism in downtown Athens as part of a wider plan for a collaborative space that could revolutionize the way news is reported in both Greece and abroad.