One of the most noteworthy art exhibitions, that was organized this summer in Greece, was “Constantin Xenakis | Greece and Writing Codes”, the first exhibition to take place in the artist’s honor after his recent passing (June 2020) at the age of 89. The public still has a last chance to visit this farewell show, running through October 4, 2020, at the Archaeological Museum of Poros, so as to get acquainted with the multifaceted visual idiom of the renowned Greek diaspora artist. 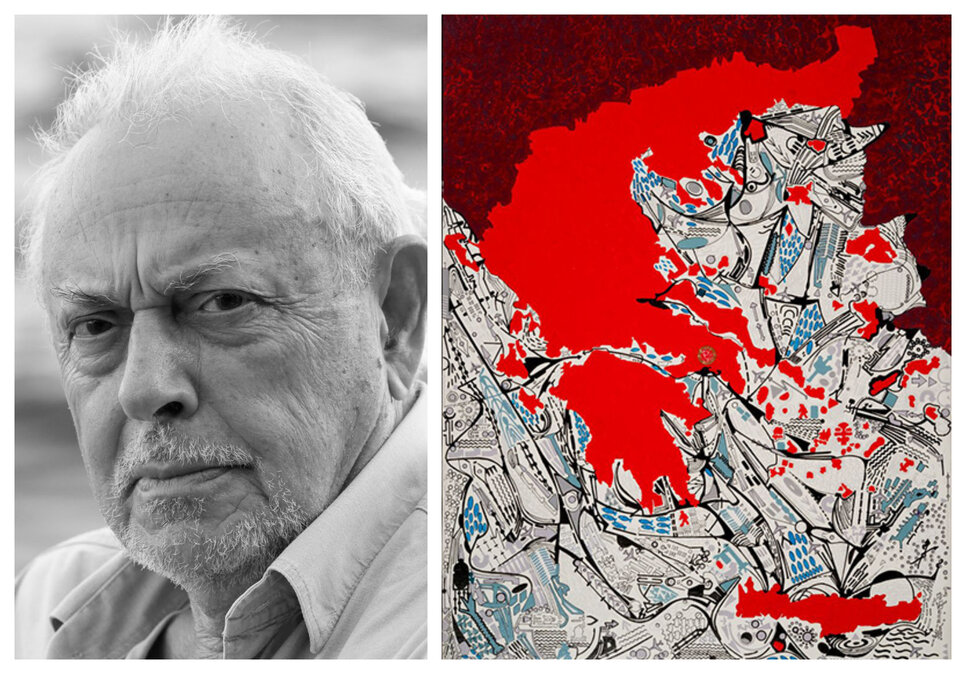 Inspired by signs and symbols that span the spectrum from the ancient worlds of Egypt and Greece to contemporary reality -urban structures, computer systems, the chaotic internet- Constantin Xenakis charts and codifies, combines elements from past and present, documents and denounces the impasses of communication, the lack of understanding, the contemporary world's failure to connect. The artist’s works unify time and space since questions like these have always engendered a universal preoccupation. They unfold along an axis of repetition/juxtaposition/layering, a codified image of contemporary culture. In this way, the artwork becomes a means of ideological criticism of the current sociopolitical system.

More specifically, the emblematic work in the series showcased at the Archaeological Museum of Poros is a map of Greece, a chart of the Aegean Sea. As always in the mapping works of Xenakis, the objective documentation is chaotically mingled with symbols-references that are personal or cultural in a broader sense. Thus, the charted Aegean Sea is presented as a "mosaic of shipwrecks"; a Greek sea that acts as both an intercultural cradle and a hub of Greek tragedy. It must be remembered that the Aegean is the predominant marine point of reference throughout Greek history, political and cultural alike, and hence a timeless element of Greek and Greek-born identity.

Constantin Xenakis was born in Cairo (Egypt) in 1931. Even though he lived mainly in Paris since 1955, his contact with Egyptian, Greek and Arabic cultures played a decisive role in his career. Xenakis studied Architecture and Interior Design at the “École Supérieure des Arts Modernes” and Painting at the “Académie de la Grande Chaumière” (1956-61). He also taught at the “Schiller College”, the “Hochschule für bildende Künste Berlin” (1970, DAAD grant) and the “École Normale Supérieure de l’Enseignement Technique” (Cachan, France).

In the course of his long artistic quest, Constantin Xenakis succeeded in combining art with technology, spontaneity with style, poetry with rationalism - thus, creating images that allow us to witness the contradictions of daily life from a different perspective, a purely critical one. The repetitiveness which he adopts in his work has to do with the constant and uninterrupted movement of the mechanical element, which started to become the main feature in his work. Later on, the element of repetition acquired a different meaning in his work and served as a means of challenging the socio-political status quo. He finally devoted himself to kinetic art. He was professionally active for more than sixty years and was always regarded as a tireless researcher, a studier, an artist who persists in experimenting, discovering new codes, and composing new images. 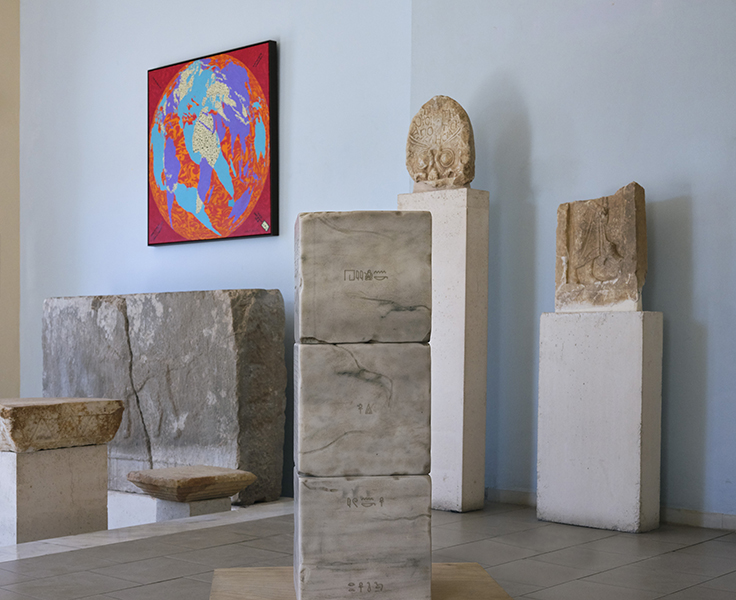 Constantin Xenakis had showcased his work in a series of solo and group exhibitions worldwide. More specifically, his first solo exhibition was held in Sweden (Södertälje Konsthall) in 1969. Approximately at the same time, he presented a solo exhibition in Athens (Goethe Institute, 1971), which functioned as a daring intervention, both artistically and politically, during the years of the Greek military junta. However, it was not until1995 that Xenakis’ visits to Greece became more frequent and he gradually started to spend his time between Paris and Athens. In 1996, a retrospective exhibition titled “The Return of the Artist: 1958-1996” took place in Alexandria and Cairo, so as to commemorate the artist’s Egyptian connection while, in 2003, he organized a retrospective exhibition at the State Museum of Contemporary Art in Thessaloniki, Greece.