Napoleon Maravegias: What is at stake in the European elections 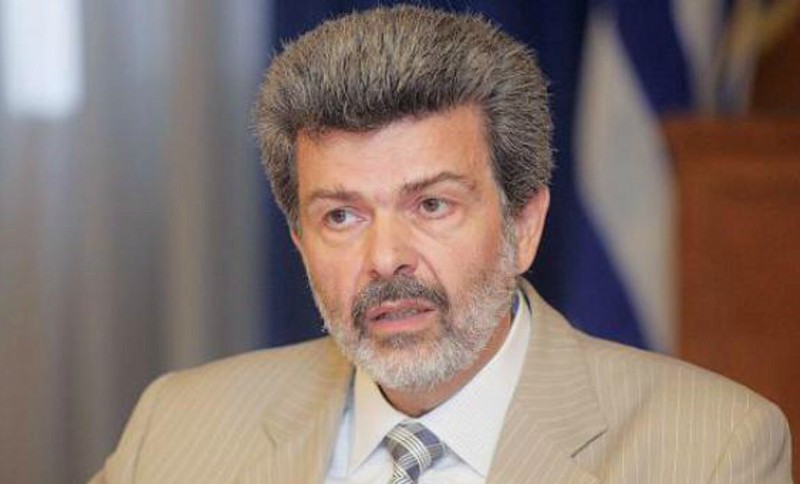 Professor Napoleon Maravegias teaches International and European Studies, with a specialisation in Macroeconomic Analysis and European Economic Integration, at the Faculty of Political Science and Public Administration of the National & Kapodistrian University of Athens (UoA), where he is currently also Vice Rector of Administrative Affairs. He also serves as President of the Governing Board of the Higher Technological Educational Institute of the Ionian Islands and is Vice President of the Jean Monnet European Centre of Excellence of UoA and Director of the Research Centre for Economic Policy, Governance and Development at UoA. His main research interests include rural and regional economic development; regional and structural policy of the EU and macroeconomic analysis and European integration. In his article, Professor Maravegias analyses what is at stake at the European elections that will take place on 26 May.

A few days before the European elections, all analysts and pundits agree that the new composition of the European Parliament will be much more conservative or even far-right compared to its predecessor, given that the parties that stand to receive more votes in the majority of European countries indulge in far-right and nationalist rhetoric. Those who like historical analogies would note that right-wing nationalism thrived after the Great Depression of 1929, and contemporary right-wing nationalist populism has been thriving following the new great recession of 2008.

However, between these two economic meltdowns, we have witnessed historic developments that have changed the shape of Europe and the world. World War II and its tragic outcomes from 1939 to 1945 led to the realisation that cooperation between European countries was necessary in order to prevent more conflict. Indeed, with the exception of hostilities in the former Yugoslavia, Europe at large has avoided war and bloodshed even during the collapse of Real Socialism.

But we secured more than peace between states. Social peace was gradually built in each European country with the creation of the welfare state and the implementation, at least up to the 1980s, of Keynesian economics, which also led to a steady developmental course.

With the unification of Europe following the accession of almost all western European countries, as well as those from the eastern part of the continent after the collapse of Real Socialism, there was the impression that we had thereafter secured not just peace and prosperity, but also liberal parliamentary democracy.

Unfortunately however, the early 1980s already saw the foundations of post-war social peace, which had been fortified by Keynesian economics, begin to “shake”. Excessive public spending, initially, and the need for cut-backs as a consequence of the 1973 and 1979 oil crises, were deemed responsible for the inflation and economic stagnation of the 1970s. Thus the beginning of the next decade saw the implementation of economic policies that were in stark contrast to the Keynesian way of regulating the economy.

These economic policies put emphasis on boosting supply and made a more or less successful effort to reduce the welfare state by cutting back on public expenses and, by extension, on taxes in order to motivate businesses to produce more.

This same goal led to restrictive incomes policy and labour market flexibility, providing businesses with an incentive to increase jobs and thus reduce unemployment, as well as increase their profits, in order to invest more into boosting production and productivity.

This economic policy, known as "supply-side economics" and / or "neoliberal" economics, was partly responsible for reducing inflation and achieving sufficient growth rates from the 1980s until the great crisis of 2008. At the same time, however, it increased economic and social inequalities, and gradually transferred wealth to smaller and smaller groups of people, reducing the income of numerous and large social groups with fewer professional skills in almost all European countries.

Obviously, the European Union, as a union of European states, followed a similar economic policy in the preparation and management of the common currency with the 1992 Maastricht Treaty and the 1997 Stability and Growth Pact.

When the financial crisis broke out in 2008, it was initially handled with Keynesian approach policies. Governments intervened on a massive scale to support banks and businesses with a financial expansion. Very soon, however, when the great risk of economic collapse had passed, "supply-side economics" policies returned, aiming once again to provide incentives to businesses for investments, by way of a restrictive fiscal and incomes policy.

On the whole, the crisis was handled in a way that did help overcome it but which also further exacerbated social inequalities, not just between northern and southern member-states, but also within each member-state. As a result, the frustration of distressed social groups was channeled through non-systemic, extremist political forces, given that systemic parties, whether of the centre-right or centre-left, implemented similar economic policies when in power.

These social groups, however, mostly turned to extremist parties of the far-right, since the memory of far-right nationalism from the interwar period, which led to the World War II, is now very distant, while memories of Real Socialism and the collapse of those regimes are much more recent. Obviously, whether those socially disadvantaged will turn to the right or left also depends on each country’s historical tradition, but also on the severity of the crisis and economic hardship each faces.

Another very serious reason why disenfranchised social groups are turning to extremist parties of the far-right is the intensity of migratory flows from third world countries. The far-right parties’ populist rhetoric always focuses not just on their opposition to the "establishment" and the systemic "elites", but also on immigrants. According to them, migration threatens prosperity -by reducing wages and increasing unemployment- but also, most importantly, “ethnic purity”.

This trend may be intensified by the European Union and it institutions, whose decisions lack a clear political identity as a result of the compromises between the centre-right and centre-left perspectives espoused by the governments and parties that make up the Council of Ministers and the European Parliament.

It is therefore expected that, in the European elections, an increased number of European citizens will vote for non-systemic parties, especially of the far-right, for the reasons explained above. Perhaps the current trials and tribulations of the British, as a result of their persuasion by nationalist and populist anti-establishment rhetoric to vote in favour of leaving the EU, will serve as a deterrent for a similar course.

It is certainly very difficult to create the conditions for a different type of development that would lead Europe to more democratic and cohesive ways of governance. However, European voters should bear in mind that the far-right nationalist parties will intensify the already existing disparities between the peoples of Europe.

It is a fact that large social groups have not benefited from globalisation, and austerity policies implemented by systemic parties in almost all European countries have increased social inequalities, while there are justifiable concerns regarding increasing migratory flows. Nevertheless, all this should not lead European voters into nationalist choices that may breathe life into interwar European demons.

Translation into English by Nefeli Mosaidi