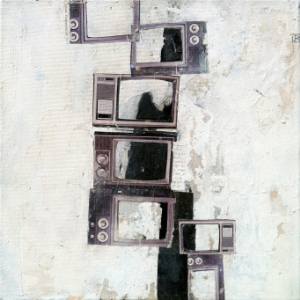 For the first time since the deregulation of the media market in 1989, the Greek government held a tender auctioning four broadcasting licences to private television stations.

Since the deregulation of the audiovisual market in Greece in the late 80’s, viewing choices have been increased for audiences, but the absence of clear regulations meant that private broadcasters operated using temporary licences issued by the authorities on an ad hoc basis. Last year, Greek parliament adopted a law regulating the media landscape, in line with SYRIZA’s pre-election promise to reform the sector and to redistribute licences to private TV channels on the basis of fair criteria. This summer the government decided to auction off a limited number of four licences, arguing that the number of private broadcasters operating until now was too high for a small country like Greece, citing the dwindling size of the TV advertising market, whose annual revenue has been slashed by two-thirds since the crisis erupted in 2009, to under 200 million euros.

In a written statement, Minister of State Nikos Pappas noted that, “like all Greeks, media owners should finally pay their share. For 27 years, television channels operated without licences. The result was the creation of a closed oligopoly of established interests in a market that should have opened from the beginning. Taxes weren’t paid, borrowing was excessive (nearly €1.5 billion in debts) and there was a lack of transparency.” Prime Minister Alexis Tsipras had talked in the past about “a triangle of sin,” formed by banks, corrupt politicians and media. Interplay between politicians and the media is a common issue in many European countries, but critics say such connections were indeed particularly problematic in Greece.

The government’s position that limiting the marketplace to four financially strong TV broadcasters will make the media more independent from politics is however disputed by Greek media and the opposition, who counter that Prime Minister Alexis Tsipras isn’t seeking to end the “triangle of corruption” but rather to forge political alliances of his own with favoured business groups. The Greek journalists’ union (ESIEA) described the auction as “political,” noting it will place too many jobs on the line and called on the government not to shut down the private TV channels that failed to win one of the four licenses.

At a meeting (2.9) with the President of the Hellenic Republic Prokopis Pavlopoulos, Minister of State Nikos Pappas stated that the tender for auctioning the four nationwide broadcaster licences was a model procedure on how to manage public assets. "The tender was absolutely successful and gives Greece the opportunity to take a step forward to a new television era, where legitimacy is crystal clear," he underlined.  Prime Minister Alexis Tsipras stressed it was the first time that licences had been properly auctioned since privately owned TV stations began broadcasting in the late 1980s. "This sends a message... a message that rules will be applied after 27 years of irregularity," he noted. Tsipras pledged to invest the 246 million euros that the auction brings to state coffers in welfare programs.

On Monday (5.9) Minister of State Nikos Pappas held meetings with the owners of the four companies who submitted the winning bids. Pappas congratulated them, noting that the licences are provisional, pending the outcome of audits on the companies’ funding. Pappas also underlined the responsibility of broadcasters to ensure that the Greek public is well informed.

Secretary General for Information Lefteris Kretsos met on Monday (5.9) with representatives of the four television channels awarded the licences to broadcast general content nationwide. The meeting focused on procedural issues arising from the new broadcasting environment created after the tender.