Alexis Tsipras: A European strategy for growth and solidarity needs to be at the center of the debate for the future of the EU 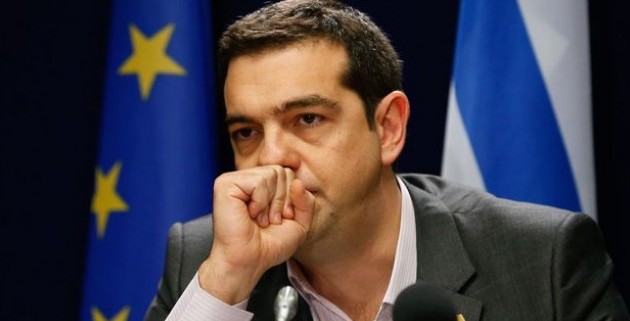 Europe needs to open a honest debate and to take bold decisions for its future, in order to avoid degenerating into little more than a free-trade zone, Prime Minister Alexis Tsipras wrote in an article published this Monday 13.03 in "Efimerida ton Syntakton" daily, under the title "Europe of 'multiple speeds' or 'multiple options’?"

"The policy of austerity and fiscal restrictions has increased distances and speeds between European economies and has further exacerbated the problem of social cohesion. The refugee crisis strengthened xenophobic and Euro-sceptic trends in the conservative social strata, politically empowered far-right wing populism and, of course, tested the unity, cohesion and authority of the Union in implementing common commitments and decisions," Tsipras wrote.

This economic and geopolitical uncertainty has been further amplified by the repercussions of Brexit and the 'uncharted waters' of developments on the other side of the Atlantic. The increasing  influence of Euro-skepticism and even Euro-negativism, at a time when crucial elections will be taking place in big EU countries, gives cause for concern not just as to the future, but even as to the very existence of the EU.

In light of these facts, Tsipras proposes that we must open an honest debate about what each member-state believes the future of EU should be, and take bold and realistic decisions.

"It is clear that the member-states' declaration for an “ever closer Union” has lost its momentum and its meaning. On the contrary, the dominating trend appears to be in favor of Europe 'a la carte', where each member-state seeks to maximize the benefits of the single market, the structural funds and the cohesion fund, but to minimize its contribution" the Greek Prime Minister wrote, citing the closed borders across Europe in response to the refugee crisis as an example.

Tsipras likened the EU to a team of mountain climbers connected by a rope: "They move at a single speed.  If they remove this rope […] each individual member must keep up with strongest group or walk alone, in any direction he or she thinks best. This is not freedom, it is a denial of the responsibility the stronger have for the weaker" he wrote.

Therefore, if Europe needs to redefine itself, it is better to talk not about a Europe of "multiple speeds" but about one of "multiple options". If Europe wants to allow “those who want more, to do more” and aim for different degrees of integration, this must be done under specific conditions that ensure that the EU remains open, democratic and cohesive, Tsipras notes.

In practical terms, he continues, this means that any discussion towards moving in that direction must take place within the framework of existing treaties. Any further integration in specific policy areas should have as a starting point the enhanced cooperation procedures that exist now, abandoning suggestions for the fragmentation of structures like the Eurozone or the Schengen zone. Furthermore, Tsipras posits that we must give up all ideas of a "closed club" that would include only the powerful or the core Eurozone countries. "All levels of closer cooperation must be open and freely accessible to all member-states," he stresses.

The Greek Prime Minister emphasizes the need to continue and strengthen the European policies for cohesion and convergence, as these are the policies that can guarantee that a Europe of “multiple options”, will not mean the deconstruction of Europe as we know it.

Greece, Tsipras points out, now really close to achieving the goals of concluding the second review, entering  into the European Central Bank's quantitative easing (QE) program,  and receiving medium-term debt relief, “is exiting a long and very dark tunnel. The Greek people have carried a disproportionate burden of both the economic and refugee crises and did so because they chose to remain inside Europe’s core, the Eurozone and Schengen. We have gained the right to play a leading role in the debate on the future of Europe.” In any case, Tsipras stresses, a European strategy for growth and solidarity needs to be at the center of this debate.

Ending the article, written ahead of the March 25 Summit in Rome, that marks the 60th anniversary since the foundation of the EU, Tsipras urges "progressive Europe, workers’ unions, social movements, and the forces of the Left, Social Democracy and Ecology to seek a new leadership role” and to work together in order to establish a progressive alternative agenda for Europe. This agenda will aim at furthering democracy, ensuring dignified work, defending the welfare state and diminishing social and regional inequalities.

"Such an agenda is the only effective answer to the forces of far-right populism, isolationism, and xenophobia and thus the only way to keep Europe united," the Prime Minister concludes.