This month, the public in Greece will have a last chance to visit “The Equilibrists”, a grand exhibition, devoted to a new generation of young Greek and Cypriot artists, running through October 23, 2016 at the Benaki Museum (Pireos Street Annexe). “The Equilibrists” is a project organized by the New Museum (New York, USA) and the DESTE Foundation (Athens, Greece), in collaboration with the Benaki Museum on the occasion of DESTE’s 33rd anniversary. On the occasion of its anniversary, rather than focusing on its past, the Foundation is looking forward with a focus on the future of young art in Greece, by bringing together work by a new generation of young Greek and Cypriot artists working in Athens and abroad, ranging from their mid-20s to mid-30s.

Specifically, the 33 artists*** participating in the exhibition have adopted radically diverse approaches towards reflecting and engaging with the world around them. Working across painting, sculpture, drawing, film & video, and performance, they capture the fragility of the present moment through a shared approach to materiality. Their work touches upon themes as varied as historical memory, shifting notions of cultural identity, the politics of architecture and infrastructure, and the surfaces and flows of the digital realm. 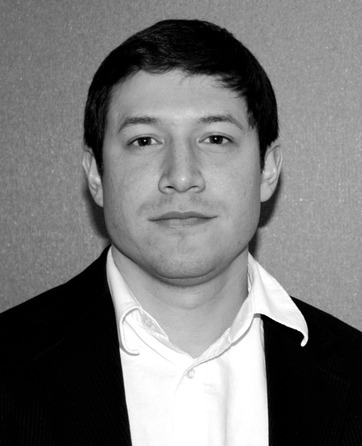 Greek News Agenda* had the pleasure to interview Gary Carrion- Murayari** who was co-curator of the exhibition (together with Helga Christoffersen and the New Museum’s Artistic Director Massimiliano Gioni). He spoke to GNA about the cooperation between the New Museum and the Deste Foundation – two of USA’s and Greece’s leading cultural institutions with regards to contemporary art – as well as on the selection process that was followed in relation to “The Equilibrists” exhibition. He also shared his views on Greece’s contemporary arts scene and the challenges artists are faced with in times of crisis.

Q: How did the New Museum‘s cooperation with DESTE Foundation and the Benaki Museum come about, in relation to “The Equilibrists” exhibition?

Q: Can you provide an insight on the selection process with regard to the artists showcasing their work in the exhibition? What were the main selection criteria?

A: We spent several months researching and requesting portfolios from Greek and Cypriot artists working within both countries, as well as those who were living in abroad. We also solicited recommendations from a number of artists, curators, and writers working in Athens and beyond. After reviewing hundreds of portfolios, we undertook several trips to meet artists – traveling to Athens, Thessaloniki, Nicosia, Berlin and London – and selecting 33 artists from this group.

Our intention with the selection process was to highlight the diversity of practices and viewpoints within this generation of artists. We were looking for strong, original voices across mediums and themes, rather than attempting to proscribe a singular viewpoint on what these artists should be making. The selections were driven by the individuality of the artists and the richness of the dialogue we had with each of them. 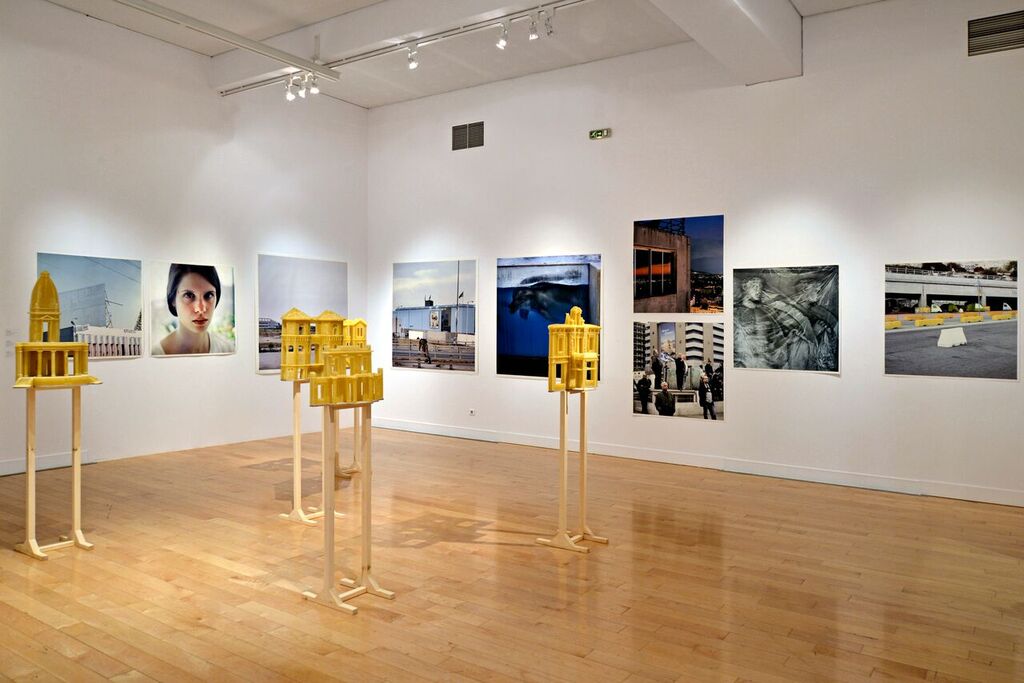 A: The scene in Greece is incredibly strong at the moment, not only in the works being produced by these young artists, but also in the artist-run initiatives and alternative spaces operating, which provide critical platforms that would be impressive in any city. We were also lucky to meet a number of brilliant, young curators working full or part-time in Athens whose projects are incredibly exciting and produce a true vibrancy to the scene.

Q: As a consequence of the eurocrisis, the younger generation in Greece is becoming part of an international ‘young precariat’, despite the burst of cultural activity in recent years. In this context, some claim that spending cuts entail a "blitzkrieg" for the arts, while others believe that Art flourishes in times of crisis.  What is your opinion on the issue?

A: The spending cuts for the arts in Greece are a huge hindrance to the arts – as they are in other crisis hit cities around the world. The crisis has meant that very few of the myriad talented artists in these cities are able to make a substantial living on their work – often leading many talented individuals to leave and forcing the ones who stay to limit the amount of time they spend on their work and the amount of work they are able to make. It has also hindered the ability of institutions to provide a platform for emerging and mid-career artists and to properly encourage young generations of artist to develop their work critically.

That being said, the response by artists and curators in Athens very recently has been to improvise, collaborate, and act resourcefully to create their own opportunities and communities that support their work. The purpose of this exhibition has been to highlight these exceptional individuals and hopefully bring a larger appreciation to these efforts from both a local and international audience.

Q: Are there any plans to host “The Equilibrists” and/or other exhibitions of Greek artists in NYC New Museum in the future?

A: The exhibition was conceived of and planned for presentation only in Athens (it also includes a number of young artists who rarely or have never exhibited in Athens, even though they work and live there). The show provided a great contribution to our ongoing research into emerging contemporary art around the world and we will continue to keep tabs on the scene in Athens and hopefully work with some of these artists again in the future. 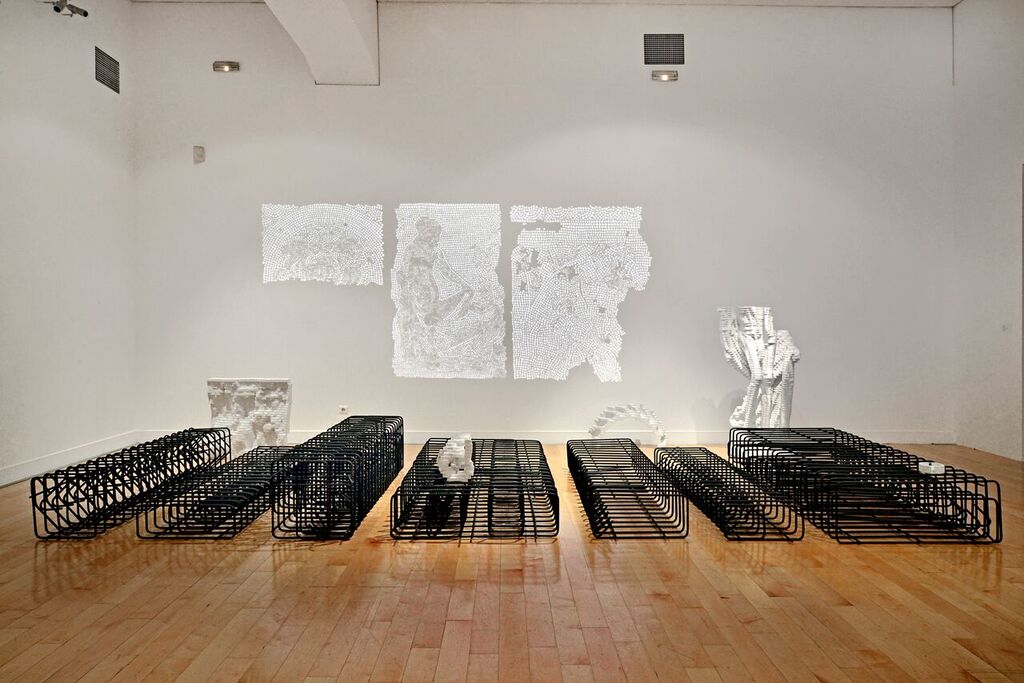 “The Equilibrists” is in keeping with the spirit of the ongoing DESTE Prize which has honored a promising young Greek artist biannually since 1999. It also reflects one of the fundamental aims of the Benaki Museum, which as a historical museum, regularly seeks to bridge the past with the emerging present. Finally, this project also continues the New Museum’s ongoing commitment to international emerging artists, highlighted by its signature Triennial exhibition which will next take place in 2018.

**Gary Carrion-Murayari was recently appointed as a curator (together with Alex Gartenfeld) of the 2018 New Museum Triennial. He is Kraus Family Curator at the New Museum, where he has been an integral part of the curatorial team since joining the staff in 2010. Over the past five years, he has curated solo exhibitions for Phyllida Barlow, Ellen Gallagher, Haroon Mirza, and Camille Henrot, among others. He has also co-curated several New Museum exhibitions, including “Ghosts in the Machine,” “NYC 1993,” “Here and Elsewhere,” and “Chris Ofili: Night and Day.” He previously worked at the Whitney Museum of American Art for seven years, where he organized solo presentations of work by Elad Lassry and Karthik Pandian, and co-curated a number of group exhibitions. Carrion-Murayari was the co-curator, with Francesco Bonami, of the 2010 Whitney Biennial. He has contributed to numerous publications and exhibition catalogues, and has edited and overseen the production of several New Museum catalogues over the past five years. He is currently co-organizing a retrospective exhibition on the artist Jim Shaw, which will open at the New Museum in October. 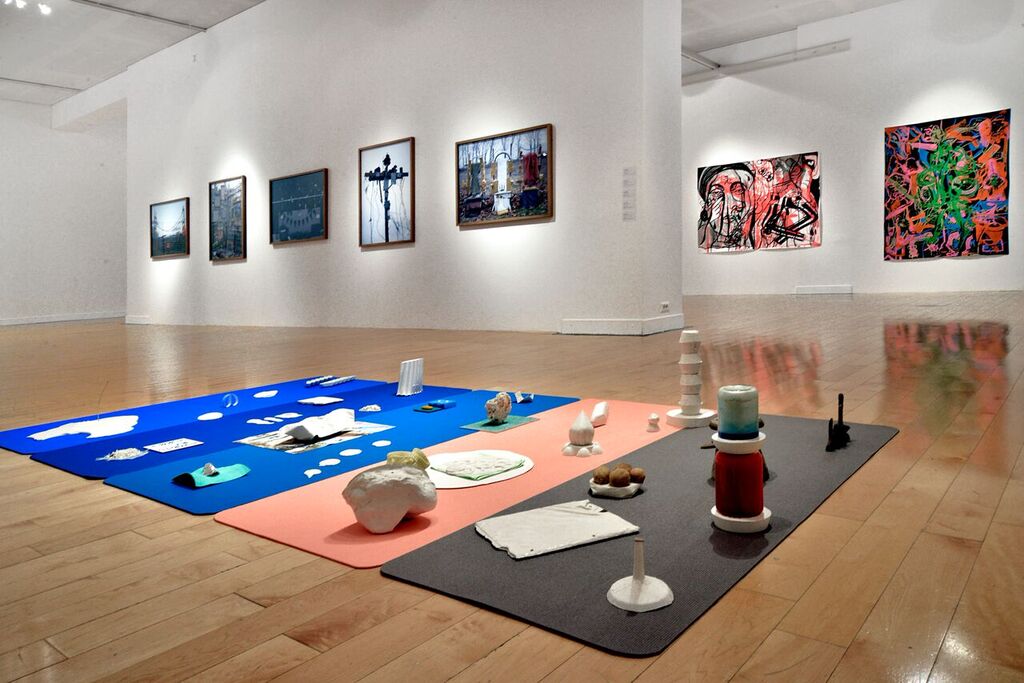 Watch video: "THE EQUILIBRISTS" organized by the Deste Foundation, New Museum NY and the Benaki Museum