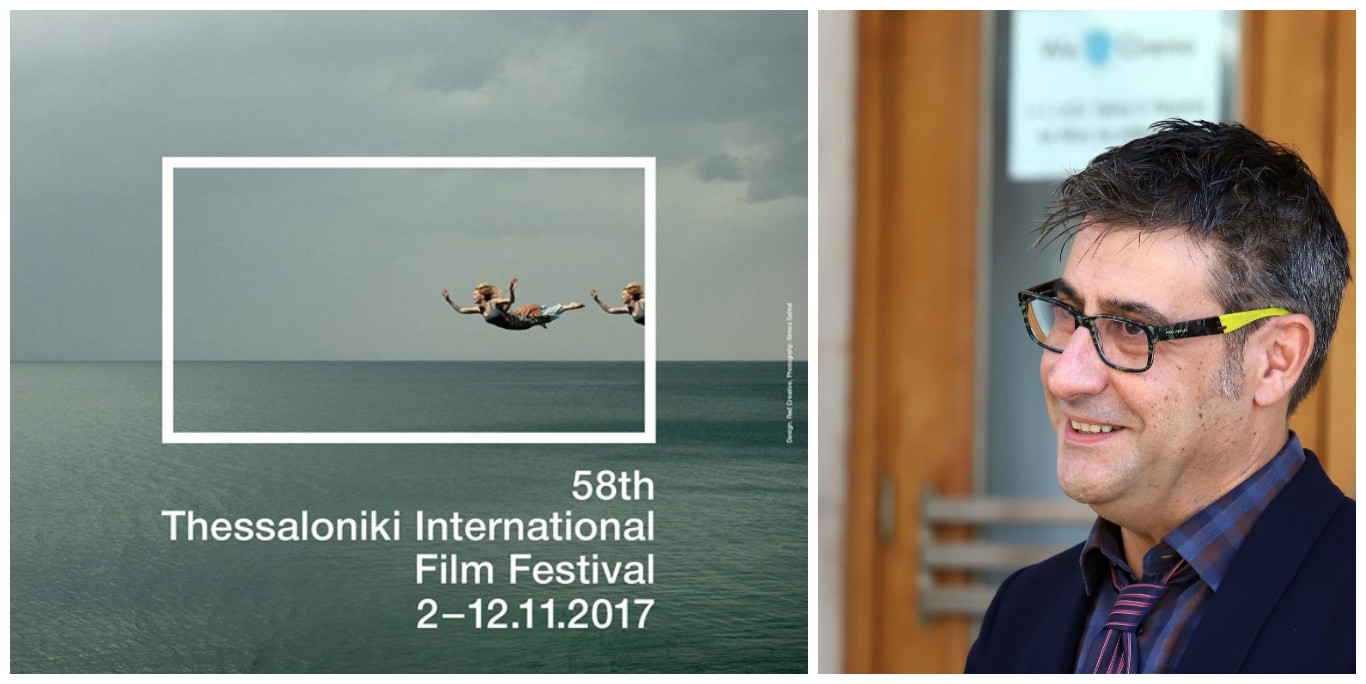 As the countdown has begun for the 58th Thessaloniki International Film Festival (November 2-12, 2017), the biggest celebration of cinema in Greece, Greek News Agenda interviews* Orestis Andreadakis, TIFF Director since May 2016. Orestis Andreadakis was born in Heraklion, Crete, in 1963. He studied cinema in Athens, as well as French literature, art history and film theory in France and Switzerland. He worked as a film critic for various newspapers and was editor in chief of Cinema magazine from 2007 to 2016. He was also a film critic for Greek TV station MEGA from 1995 to 2016. In 1995 he took part in the establishment of the Athens International Film Festival Opening Nights, where he served as artistic director from 2007 to 2016, while in 2011 he participated in the establishment of the Athens Open Air Film Festival. In 2013 he was honoured as Chevalier de l’ordre des Arts et des Lettres.

With long experience in directing the biggest film festivals in Greece, Andreadakis referred to the elements that render Thessaloniki International Film Festival - the major South Eastern European film festival and annual platform for Greek productions - a unique cinematic experience for viewers as well as professionals: its international programming that aims to unveil new fascinating worlds to the audience, while the Agora film market is where film professionals from Greece and around the world meet and prepare new films. Moreover, TIFF’s rich programme of events and discussions offers a rounded cinematic experience, going much further than simply showcasing films. Asked as a veteran film critic about the effects of the crisis on Greek film production, he stressed that it has brought Greece in focus, inspired international artistic and festival interest on what the cultural product of this crisis will be. He also underlined that there is a new talented and highly qualified generation of filmmakers and artists in Greece that responded to the crisis in a creative and innovating way. 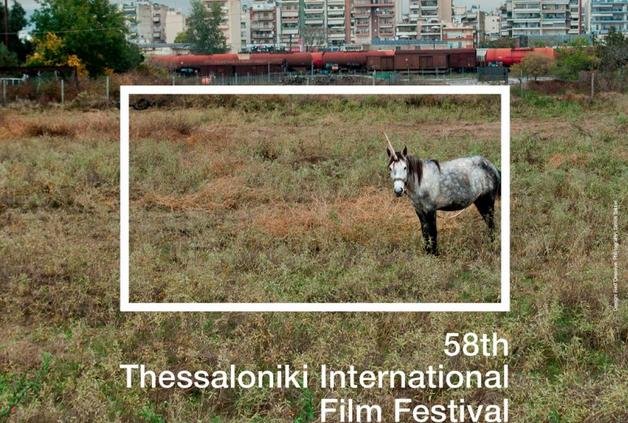 The concept behind TIFF58’s poster(s): "The film frame is the field of the frame ‘maestro’, the director, who uses it to form the pictures, the shots of the film he envisioned. The frame is part of the reality and also the base of fiction filmmaking. Within its borders, big and small miracles are produced and deduced."

What is your vision for the Thessaloniki International Film Festival?

My vision includes three focal points: Firstly, engaging as many people and institutions of Thessaloniki as possible. We wish that the festival be a part of the city’s life during the events of November and March as well as throughout the year, because TIFF has a year round activity with four cinema theatres, the only cinema museum in Greece (the Cinema Museum of Thessaloniki), a series of educational programmes, Thessaloniki Cinematheque events, our summer screenings and so on.

Secondly, we hope to strengthen even more the trust of the film industry, that is, to be able to show as many Greek films as possible, to bring in contact the creative teams behind these films with guests from the global film market so as to provide a fertile ground for dialogue between Greek filmmakers and their foreign peers. We want to help filmmakers find future collaborators and Greek films to be distributed in cinemas and TV networks around the world.

Last but not least, we want the Festival to further reinforce its distinct artistic identity, to further strengthen and consolidate it so that it stands on its own against other European Festivals of similar status.

What is the main focus in TIFF’s programming?

As suggested by its title, the Thessaloniki International Film Festival is International. We focus on films from around the world and in the previous years we have presented very important films from Latin America, Asia, Russia, the Middle East. We often show filmsfrom countries whose location or political system is perhaps unknown to the audience. These films however unveil fascinating new worlds and show that people around the world share the same concerns, dreams and hopes. 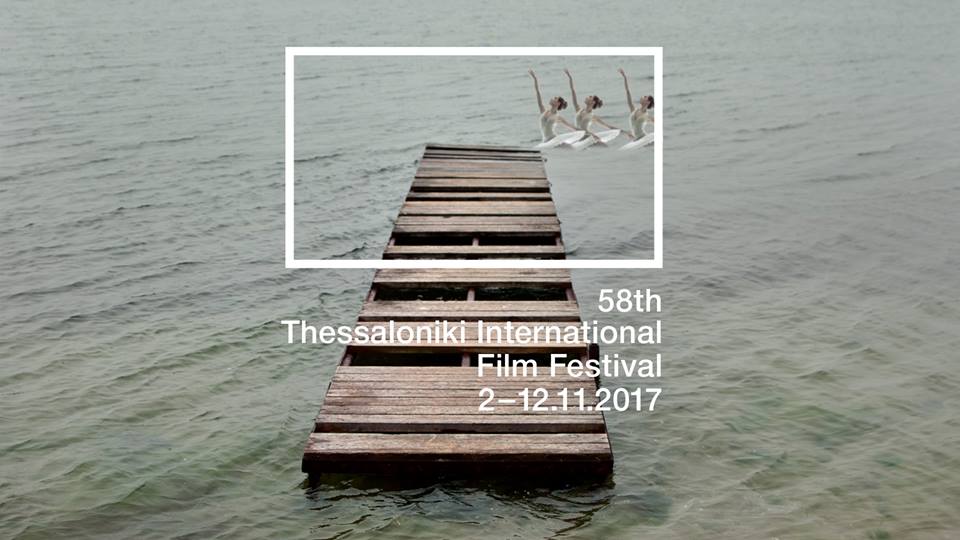 Would you like to talk about TIFF’s AGORA department?

It is the most dynamic part of the Festival, although it is not as visible, because it does not concern the audience. The Agora department is in essence an incubator for future productions: like a laboratory, where experiments are carried out, it may not be of interest to the general public, but the experiment results affect everyone. The same applies to Agora: it is the place where all new productions are processed, both artistically and financially. Film professionals come from around the world with their ideas and projects; they meet with each other as well as with Greek producers and directors and prepare new films. Agora has cemented its status over the years and the proof for that is the considerable number of films participating in prestigious international film festivals around the world which have begun as projects at Thessaloniki International Film Festival’ s Agora.

How did the economic crisis affect cinema attendance and film production in Greece?

The economic crisis has seriously affected film production, distribution and box office performance both in Greece and abroad, but other means of distribution, platforms such as Netflix, legal or illegal downloading, have also played part. A large part of the audience, especially the young, is interested in cinema, they watch films, but they do it mostly at home, not in cinemas. All these factors have worked against film theatres, but they have not diminished audience interest for the moving image, which is why I believe a Film Festival such as Thessaloniki’ s must reinforce its image not of a mere film distributor but so as to offer a complete cinematic experience. For us, Festival goers do not attend for the sole purpose of watching a film, but so as to participate, to talk about the film after viewing and to think about the film the day after. Thus, at the Festival we always offer round table discussions, master classes, parties and other events that contribute to a rounded cinematic experience.

I don’t think that the only problem faced by Greek cinema were poor scripts. One cannot judge a screenplay per se, and the only way to evaluate it would be to read it. What we see on screen is the final product of the combination of dialogue, cinematography, acting, cinema sets, costumes etc. In the context of the crisis, Greek filmmakers were motivated to work on issues that interest more people. What I really think was influential is that the new generation of filmmakers is highly qualified, i.e., they are well travelled, they have studied abroad, they had more opportunities and were more open to influences from peers. These I believe are reasons that have made Greek films in Europe more powerful.

Greek films, as you noted, have come under the radar of International Festivals. What makes Greek films attractive for foreign audiences?

The crisis has brought Greece in focus. People interested in art are intrigued to witness what the cultural product of this crisis will be, not only in cinema but in all other art forms in Greece.Moreover, as a result of the crisis, all artists are in deeper need for expression and because they are very highly qualified, as I explained earlier, we have a very interesting artistic product.

Is there something that you are particularly proud of in this year’s event?

The human capital of the Festival: this extraordinary Festival team, with its impressive knowledge and skills; that is the main reason I’m proud to be directing TIFF.