General Secretary for Gender Equality on violence against women 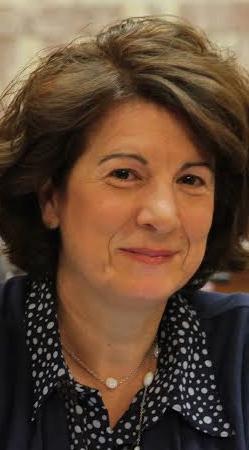 November 25 is International Day for the Elimination of Violence against Women. What are the manifestations of this phenomenon in Greece? Is Greece a patriarchal society? And how has the economic crisis affected such occurrences? The Secretary General for Gender Equality Fotini Kouvela talks about these issues to Greek News Agenda*.

Fotini Kouvela, head of the General Secretariat for Gender Equality (GSGE) is a Member of the Central Committee of the governing SYRIZA political party, as well as of the SYRIZA Secretariat of the Department of Feminist Policy and Gender and Department of Economic Policy. She has also been a Member of the Hellenic Parliament between May-December 2014. Fotini Kouvela notes that although Greek society has evolved, a mentality of justifying violence against women persists. She also comments that the crisis did not create new violent relationships, but aggravated existing ones and outlines the actions taken by GSGE to address this phenomenon.

Which are the main manifestations of violence against women in contemporary Greek society?

The most common signs of violent behavior is physical violence, psychological abuse (emotional bullying, threats, devaluation, scorn, insults, humiliation, isolation from friendly and family environment, constant control, excessive jealousy, deprivation of economic resources) and sexual abuse by which a woman is forced to participate in any sexual act against her will.

What is the Greek mentality towards women and violent acts against them? Is Greece a patriarchal society? Has it evolved through the years?

Greek society, despite the important steps forward in recent years, remains mainly patriarchal. The mentality is still determined by stereotypes relating to traditional gender roles. The women-victims of violence are often accused by the social environment whereas the actions of the abuser are often justified with explanations like: “she must have done something to him”, “he is unable to control his anger”, “if she didn’t want it or like it, she would have left ...”

What was the impact of the economic crisis on violence against women?

The structures of the General Secretariat for Gender Equality were established during the crisis, so they don’t have comparative data. Moreover, whether women turn to these support structures or not is indicative not only of the violence they suffer but also of whether they are aware of the structures in which they can turn for help. So far, our experience indicates that the crisis does not create new violent relationships, but aggravates existing ones. Existing relationships that were already problematic during times of prosperity could probably erupt during the crisis with episodes of violence.

How did domestic violence become a public issue?

With the constant struggle and efforts of the General Secretariat for Gender Equality, which in 1988 established the first Counselling Centre for violence against women.

What initiatives has GSGE undertaken to address the issue of violence against women?

Violence against women is a crime, a violation of fundamental human rights and a gender based discrimination that it is closely related to a large part of the work of the General Secretariat for Gender Equality. The main initiatives it has undertaken are the following:

The Secretariat General for Gender Equality also undertakes initiatives in cooperation with the Ministry of Education which aim to apply zero tolerance on sexual harassment in the educational environment to eliminate violence against women and to educate pupils on the values of gender equality by organizing visits to the GSGE, national competitions etc. Education also includes the signing of a cooperation Protocol with the Ministry of Education, the National Center for Public Administration and Research Centre on Issues of Equality for the training of Civil Servants on issues of gender discrimination and violence against women.

What is the Greek legal framework for domestic violence?

In 2006, Law 3500/2006 was introduced and, despite its weaknesses, it is considered a significant step in confronting this issue. The term "domestic violence" is used by the law (Article 1) to define the commission of a series of punishable acts against a family member or members. These are the penal offences of domestic injury, domestic illegal violence and threat, domestic insult of sexual dignity, rape and indecent assault.

What is the outcome of the initiatives the GS for Gender Equality has undertaken to address violence against women so far?

Through the GSGE’s coordinated actions, the problem of violence against women has come to the surface. Many women do not suffer in silence anymore and they turn to us seeking for help. 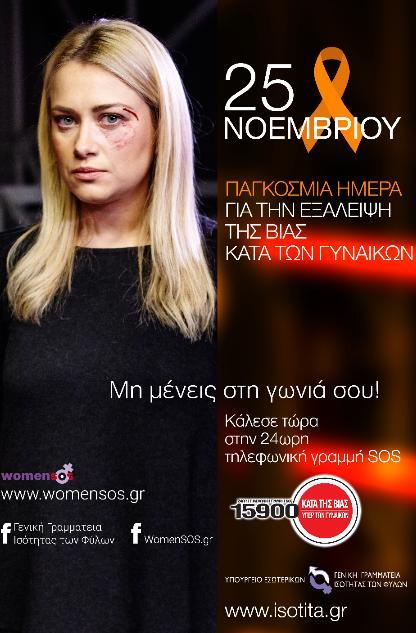