ΙΟΒΕ's Aggelos Tsakanikas on the dynamics of the Greek manufacturing industry

Aggelos Tsakanikas is Assistant Professor in the field of economic evaluation of technological systems, at the Laboratory of Industrial and Energy Economics, National Technical University of Athens and Head of the Entrepreneurship Observatory at the Foundation for Economic and Industrial Research (FEIR/IOBE). He is responsible for the scientific study “Manufacturing sector in Greece: Trends and perspectives” conducted by FIER/IOBE supported by the “Hellenic Production – Council of the Industries for Growth” Initiative, and published earlier this month (You can download the study in Greek here).

Professor Tsakanikas spoke to Greek News Agenda* about the findings of this study, the industrial policies implemented in Greece, the importance of efficiency in augmenting the knowledge content of the Greek industrial production, the top priorities of the national manufacturing industry and the crisis.

Could you please give us a brief outline of the research findings that can be found in the study “Manufacturing sector in Greece: Trends and perspectives”?

What were the characteristics of the national and European industrial policies implemented in Greece, after World War II?

After WWII but especially after the mid 60s, manufacturing activities lost pace and services increased rapidly in the European economy. To some extent this is related to the expansion of the public sector, but the major part of this increase stemmed from trade expansion, internally and externally. Greece, following a pattern that emerged in most of the developed countries gradually became a service economy, as industry released productive resources into sectors that were more profitable or represented new unexploited areas to invest capital. This is the characteristic of knowledge driven economies where the weight of knowledge compared to other factors (such as physical assets, natural resources, or unskilled labor) increased both in qualitative and quantitative terms. But as knowledge today becomes the main raw material in many manufacturing industries, the challenge today is how we can revitalize manufacturing activities that use knowledge and add value to the economy, rather than use unskilled labor to become cheaper in the global division of labour.

What are the main challenges faced by the manufacturing industry in Greece today? What are the top priorities, in your opinion, so as to become competitive?

As the Greek economy is now struggling to recover, a range of critical competitiveness issues and in particular questions of specialization structures and production patterns in the Greek manufacturing emerge. At the heart of this policy discussion lays the improvement of competitiveness. This however is not merely an issue of lowering labour cost. It is a much more complicated issue that involves improvement of the knowledge content of the goods and services provided by manufacturing firms operating in the country. Greece is still situated at the bottom ranking of a knowledge-based economic catching-up. This means that the country should accelerate the transformation into knowledge based economy, despite the difficult economic conditions and the financial constraints that have emerged. In order to do that, a new industrial policy that lays emphasis not just on specific sectors with potential, but on knowledge business activities that increase the value added of products and services, is needed.

How critical is raw material sufficiency for the development of the country's manufacturing industry?

Raw materials could be important and Greece should not neglect the resources that are available in the country. But due to the globalized trade environment, sometimes it may be more profitable to import raw materials from other countries rather than focus solely on internal resources. If we are efficiently using the imported materials as intermediary goods to add value to other products that we produce, by increasing the quality aspect of these products, then such a process could also be rational in terms of policy or business strategy. So the real question is not raw materials sufficiency, but efficiency in augmenting the knowledge content of our production.

In what way has the crisis affected the manufacturing industry's growth in Greece?

The economic crisis has affected all firms in Greece, as credit crunch conditions, decrease of internal demand and increased taxation created a difficult environment for manufacturing firms as well. Hence, manufacturing employment decreased by almost 25% from 2009 to 2016 and production by almost 30%. But compared to other sectors like Retail Trade, certain industries still rank among the strongest and most robust, even during the recession. Many manufacturing firms were exporters even before the crisis; they have managed to shift part of their turnover from internal to external markets. Therefore, they have managed to compensate to some extent for the internal losses, although the external prices were significantly lower. In any case, Greek manufacturing firms have further explored their distribution and networking channels with the foreign markets, because they were already exporters. Becoming an exporting company overnight is not an easy task. But manufacturing has already a long tradition and this shift has been supported during harsh times.

How do you comment on the creation of a national investment bank - to be supported by European Institutions - as announced by Government Vice President, Nikos Dragasakis?

Launching a National Investment Bank in Greece, was not a completely new idea. Back in 2012, efforts were made to set up an investment fund, following the example of the German government-owned development bank KfW. The target of that project was to create a bank, which would leverage private and State funds, in order to finance SMEs, via a less bureaucratic procedure than that for receiving support from the EU structural funds. Eventually, that project was not realized. Today, the mobilization of all the resources available is needed in order to enter a stable recovery path. In this context, the creation of a National Investment Bank is a good idea. What is crucial in such cases, is first to define the priorities of such a funding institution. Will it be SMEs, will it be innovative activities from all the sectors of economic activities, will it be something else? This is a decision that needs to be taken upon launching of the bank. Next, the selection criteria for the proposed projects must be defined. Will it be turnover created from the project, job creation, and certain types of innovation? Furthermore, the governing body of the new bank must be safeguarded against any possible political interference.  All these issues must be addressed, upon launching.

Read more: Entrepreneurship 2015-16: A turning point for the growth dynamics of the business sector 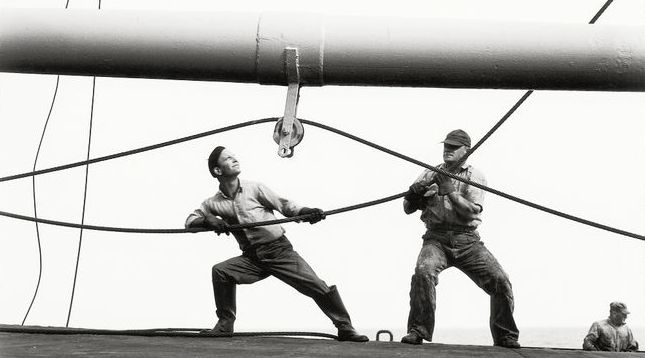 Greece. Images of an Enchanted Land, 1954- 1965. Photographs by Robert A. McCabe:http://mccabephotos.com/galleries.html