Study in Greece Masters of the Week: Professor Konstantinos Georgiadis presents the Msc in Olympic Studies, Olympic Education, Organisation and Management of Olympic Events at UoP

Study in Greece interviewed Professor Konstantinos Georgiadis, of the Department of Sports Organisation and Management at the Faculty of Human Movement and Quality of Life Sciences of the University of the Peloponnese (UoP), Director of the MSc in Olympic Studies, Olympic Education, Organisation and Management of Olympic Events, about the programme’s features and what it has to offer to international students. 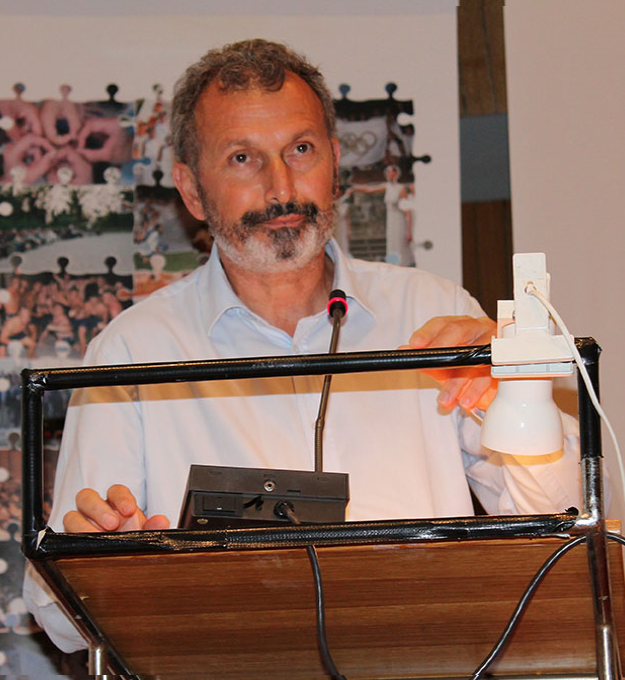 Mr Georgiadis, could you briefly describe us the teaching objectives and the vision of the MSc in Olympic Studies, Olympic Education, Organisation and Management of Olympic Events?

The Master’s degree programme in Olympic studies aims to promote knowledge and research in Olympic philosophy and Olympic education, the organisation and management of the Olympic Games, major sport events, and in Olympic and sport studies in general. It aims to specialise executives that will organise and direct Olympic and athletic institutions, promote the growth of programmes of Olympic education on an international level. These programmes will serve as axes for the development of societies, contributing to the creation of a scientific background for the development and organisation of sports, the eradication of poverty, respect for diversity, the promotion of gender equality, the improvement of health and the fight against disease, ensuring progress and peace. 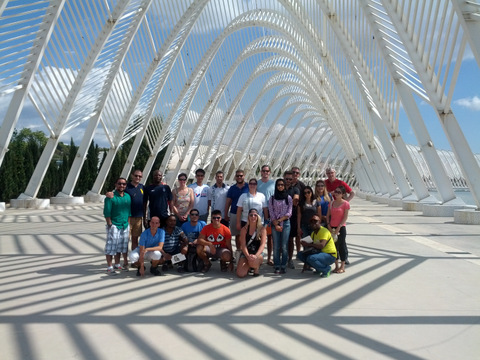 Please tell us about the collaboration with the International Olympic Academy. Which will be the benefits for the students?

The benefits of the cooperation between the University of Peloponnese and the International Olympic Academy for the students since the beginning of this programme until today, are multiple.

The presence of students in important IOA activities, such as the Session for the National Olympic Academies and the International Session for Teachers of Higher Physical Education Institutions, highlights the important role of the IOA in the academic field of Olympic studies.

Consequently, we achieve a high degree of academic specialisation in the subject of Olympism and at the same time gives students the opportunity to get acquainted with the modern Olympic reality and to transmit the values of Olympism in their country, acting as ambassadors of the International Olympic Academy in the international Olympic and sports network.

Lastly, the aforementioned interaction with the IOA also contributes to the future career path of students. It is characteristic that the majority of the graduates work in the National Olympic Academies and Committees, in international and national Sports Federations, in International bodies of the Olympic and Paralympic Movement and in the field of Physical Education and Sports Management.

Given the fact that your programme is taught entirely in English, which are the educational and professional opportunities offered to foreign students?

The Postgraduate Programme in Olympic Studies is an innovation for the Olympic Movement at an international level. It is a unique experience that combines knowledge and experiential learning, as students are trained in Ancient Olympia, the cradle of the birth of the Olympic Games.

The programme is pioneering in terms of acquiring the know-how in the development of international Olympic Education programmes and in the implementation of their educational goals. Existing methodologies and specialised methodological tools are being used in collaboration with international bodies, development and implementation of Olympic Education school programmes in developing countries, e.g. the International Olympic Committee's Olympic Values Training Programme Manual (OVEP toolkit) are part of the learning process.

The Olympic Movement needs executives who know its history and philosophy and promote its course in the future. This programme provides executives with appropriate training to carry out this mission. The specialised scientific staff will organise and direct Olympic and sports institutions. As the needs for covering the organisation and management of large sporting events (mega events) at national, regional and international level increase, the graduates of the programme can work towards this direction too. Graduates can also work with UNESCO schools to implement Olympic Education programmes and achieve UNESCO Sustainable Development Goals. 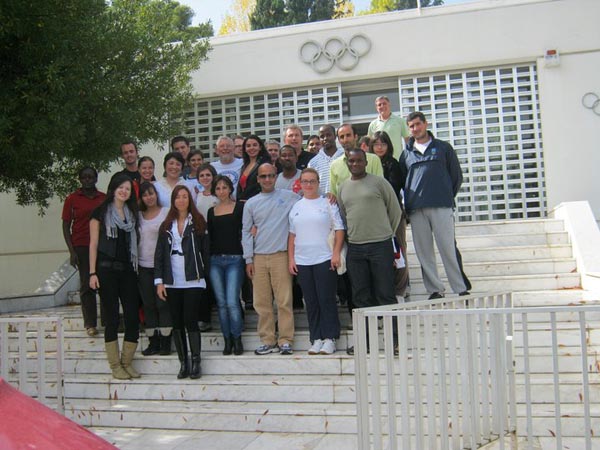 Bearing in mind that Greece, the country that gave birth to the Olympic Games, is the ultimate expert in promoting the Olympic spirit, values and sports around the world, is this an asset in attracting international students?

The philosophy and vision of the programme is based on the learning process in the environment of the International Olympic Academy. At the same time, the experiential learning at the Olympic Academy next to the Ancient Stadium and to Ancient Olympia, the cradle of the Olympic Games, is a unique experience that promotes the elaboration of further research in Olympic issues and is a channel of two-way communication with the scientific community, National Olympic Committees and educational institutions abroad. Additionally, the high level of service will be strongly supported by the use of the newly renovated IOA facilities, as soon as the pandemic allows.

Have you been satisfied by the output so far?

The Postgraduate Programme (MSc) entitled "Olympic Studies, Olympic Education, Organisation and Management of Olympic Events" operates since the academic year 2009-2010. The total number of students to date is 308 from 99 different countries. The majority of the graduates are working for National Olympic Committees and Academies, in sport federations and in the area of Physical Education and Sport Management. The contribution of the professors from the University of Peloponnese and from universities from all over the world who teach at the programme is priceless.

It is noteworthy that Olympic Solidarity (International Olympic Committee), has consistently supported the programme since 2013, providing scholarships to students, giving them the opportunity to cover the cost of their tuition fees.

Tell us a few things about the University of Peloponnese, its history, its departments and its tradition in scientific work.

The University of Peloponnese was founded by Presidential Decree in 2000 and started operating in 2002, based in Tripoli. It operates in five capitals of regional units in the Peloponnese Region (Tripoli, Corinth, Nafplio, Sparta, Kalamata) and in Patras. It comprises of 9 Schools and 22 Departments. It offers undergraduate, postgraduate and doctoral studies and also lifelong learning training courses. It has more than 20,000 students at all studies’ cycles.

The U.o.P. schools are the following ones:

School of Economics and Technology (Tripoli)

School of Human Movement and Quality of Life Sciences (Sparta)

School of Agriculture and Food (Kalamata)

At the research level:

About 160 competitive research projects are currently underway (participation in 7 Horizon 2020 and in 19 Erasmus+ projects). The 70 internationally funded and the 85 nationally funded programmes. The UoP collaborates with 8 Greek and 13 foreign universities from different countries, while it collaborates with 30 Greek and 3 international institutions. Finally, it offers a strong social contribution through the cooperation with the Peloponnese Region and the participation of staff, students and graduates in a wide range of activities.