Quo Vadis Europa? | Anastasia Poulou on the protection of social rights in the EU 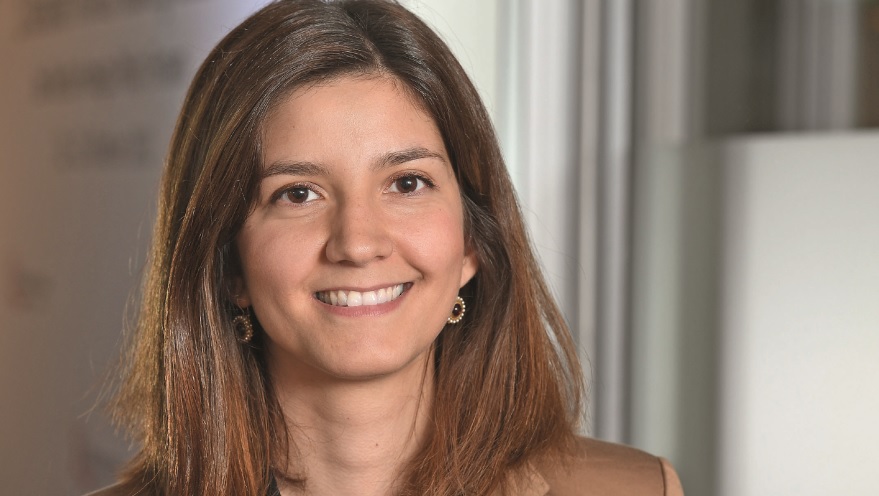 Anastasia Poulou is a Senior Research Fellow at the Max Planck Institute for Social Law and Social Policy in Munich. Prior to this, she was a Max Weber Postdoctoral Fellow at the European University Institute in Florence. Anastasia Poulou holds a PhD in Law from the University of Heidelberg, which addresses the impact of the Eurozone crisis on social rights in the EU and the role of courts adjudicating social rights in times of crisis. For her doctorate Anastasia received the second prize of the German Thesis Award by the Koerber Foundation. She received the award during a special ceremony at the German Bundestag in Nov. 13, 2016.

In her thesis, Dr Poulou explores the terms and conditions of financial assistance, as stipulated in the agreed MoUs between the countries’ government and EU institutions, as well as the domestic laws used to implement the agreements. She examines whether social rights, as guaranteed under the EU Charter of Fundamental Rights, in four countries affected by the economic crisis - Greece, Portugal, Ireland and Cyprus - had been violated, and who is to be held responsible. Anastasia Poulou’s current work investigates the new typology of European governance in the area of social policies and its impact on the design of national welfare systems.

Greek News Agenda* asked Anastasia Poulou to comment on MoU’s austerity measures and their consequences on social rights in Europe and the prospects of EU’s social policy:

MoU’s austerity measures in Greece and other European countries include cuts in labor rights and the right to free negotiation. Do these cuts violate social rights guaranteed by the Charter of Fundamental Rights of the EU? Who is responsible for these violations?

In all cases of European financial assistance, Eurozone countries received loans which were made dependent on their compliance with extremely broad in scope economic policy conditions. Even informally regulating economic policies, the conditions related to what one would call the core of social policy, namely healthcare and pension systems, education, and labour sectors. For example, in the case of Greece the minimum wage established by a national general collective agreement had to be reduced by 22%. This reduction, introduced by law and without the consent of the collective bargaining parties, constitutes an interference with the right of collective bargaining protected by the Charter of Fundamental Rights of the EU. This measure was so detailed and left no leeway to the Member State concerned, that the interference with the right of collective bargaining can already be attributed to the EU institutions proposing the measure. On the contrary, in the case of healthcare, the conditions entailed reforms, which aimed at the general objective of reducing public expenditure, but left a margin of appreciation to the national authorities with regard to their implementation. Hence, in this case a potential violation of right to healthcare could not be attributed to the EU institutions, but only to the Member State implementing the measures.

How can social rights be protected in times of crisis? Should social policy decisions be free from EU interference?

The development of the welfare state has been historically linked with the establishment of nation states. In this context, the enjoyment of social benefits is conceived as a key part of national identity and citizenship, and thus every Member State had, at least till the Eurozone crisis, some leeway in the allocation of social benefits. Even if one disagrees with the absolute confinement of the welfare state to the nation state, the question of who has the power to decide on the social benefits available to citizens should be considered carefully. Even though formally the EU has limited competences in the field of social policy, in times of crisis EU citizens feel left out of decisions that affect their ability to design and enjoy their welfare system. Given the fact that alienation from the European project is a real danger, an important challenge that EU social policy has to face is to reconsider ways in which EU citizens could meaningfully participate and co-determine decisions that directly or indirectly affect their social well-being.

Social policy regimes vary across Europe. What do austerity policies in the European periphery mean for the EU’s social policy as a whole?

A significant part of the European population, mainly in the European periphery, is sceptical about the European integration process because they feel that they have lost out in recent developments. The burden of austerity invariably falls on the most vulnerable populations, multiplying the disadvantages to which they had already been exposed. At the same time, the cuts in social benefits and assistance in countries, where social policy regimes have always been relatively weak, sharpens the inequalities between the European periphery and the rest of the Member States. Hence, the big challenge that EU social policy has to face after the financial crisis goes to the heart of what “Social Europe” means and how it can protect a minimum of social rights for all EU citizens.

Can European Commission‘s “Pillar of Social Rights” defend Europe’s values and social model in the context of the current fiscal orthodoxy/“rules-are-rules” policies?

The preliminary outline of the ‘European Pillar of Social Rights’, presented in March 2016 by the European Commission, should be welcomed as an attempt to defend European social values in a period when matters within social policy are framed primarily as a burden on public finances and an obstacle to economic success. Nevertheless, the preliminary outline of the Pillar presented is still far from the desired outcome. The draft text fails to give concrete suggestions on how to operationalize social rights in the framework of the new EU economic governance and treats social policy as subordinate to economic policies. These weaknesses will have to be overcome, if the Pillar aspires to become a weighty reference tool to drive social reforms in the EU and not just a simple reminder of the existing EU social “acquis”.

Read Anastasia Poulou recent articles: Towards A European Pillar Of Social Rights: An Opportunity Not To Be Squandered; Europe cannot ignore the social impact of economic “recovery”