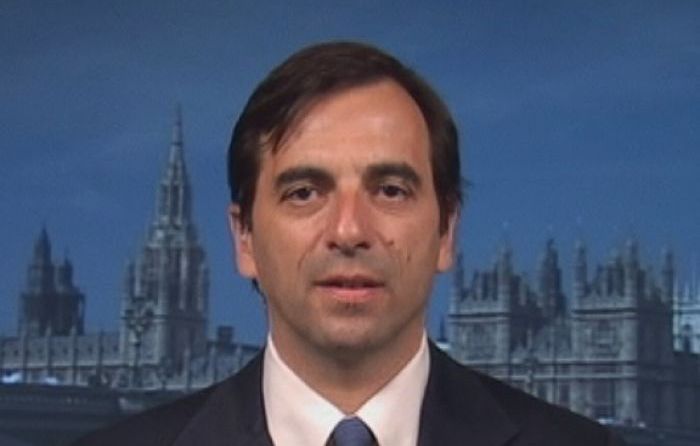 Spyros Economides is Director of the Hellenic Observatory, Associate Professor in International Relations and European Politics and co-ordinator of the LSEE - Research on the South Eastern Europe Unit at the London School of Economics and Political Science. His doctoral thesis at the LSE on “The International Implications of the Greek Civil War” received the Robert Mackenzie Prize. His subsequent work has concentrated on the international affairs of South-eastern Europe and EU external relations in the field of foreign and security policy, on which he has published widely. He has been writing on the EU's Balkan experience since 1991. Economides acted as Specialist Adviser to the House of Lords EU Committee in its report, 'Responding to the Balkan Challenge: The Role of EU Aid' and is a regular commentator in international media on issues relating to EU External Relations, South Eastern Europe and Greece.

Professor Economides talks to Greek News Agenda* about the implications of Trump’s presidency, Brexit and Greek debt negotiations on the European project and foreign policy. He also talks about the relevance of Europe in Greek and Western Balkan countries' foreign policies in the Trump era, European enlargement, and the possible effects rising tension in the Western Balkans would have on Greece.

As you have noted in 2013, “the Eurozone crisis has marginalised the attention given to the EU's foreign policy capacity”. What are the implications of recent developments (Trump’s presidency, Brexit, Greek debt negotiations) for the European project and the EU foreign policy debate?

The ‘European project’, meaning the process and future of European integration, has been heavily affected by the broader Eurozone crisis – as well as the specifics of the Greek situation within it – as well as by Brexit. Essentially these crises have caused great uncertainty about the viability and future of the Eurozone and the nature of the EU as a whole. What they indicate is that on the one hand there is ‘disintegration’ in the EU in the literal sense: the UK – after the Brexit referendum – has opted to leave the EU, which is a clear form of disintegration.

On the other hand, the Eurozone crisis has indicated that there is also a process of ‘fragmentation’ within the Union. A process by which different states have begun being categorised in different ways - e.g. ‘PIGS’. Scenarios such as the creation of a multi-speed Europe are discussed more readily and become more likely. Different speeds of integration are possibilities. The distinctions between those ‘who can’, those ‘who can’t’ and those ‘who won’t’ are becoming much starker. The refugee crisis has made these distinctions sharper. All of these factors have made the EU weaker as it highlights structural and political problems inherent in the European project. As a result there is less time and money for foreign policy and perhaps, most importantly, the EU’s credibility has taken a heavy knock in the view on states beyond its borders. Of course, crisis always leads to calls for further and deeper integration: a federal Europe for many is the only solution to the crises highlighted above. So, there is always the possibility that we may see a deepening of the EU project as a result of crises but the question will be who will this deeper project consist of?

The election of Donald Trump has had a unifying effect among European states but it raises serious issues for EU foreign policy. Essentially, the EU (along) with NATO fears US disengagement from the European theatre; it is suspicious of the Trump administration’s intentions towards Russia; and it is wary of the populist influence of ‘alt-right’ politics and the world of ‘alternative facts’ on the European political and cultural landscape. All in all, this uncertainty is debilitating for the EU and its foreign policy at a difficult time internationally.

LSE Hellenic Observatory closely monitors Greece and its relation to Europe. What is ‘The Relevance of “Europe” in the Foreign Policies of Greece and Balkan countries in the Trump era?

Greece and the countries of the Western Balkans are firmly fixed in the European project and their futures lie within the EU either as members or future members. Greece’s economic troubles cannot be dealt with in any other context but that of the EU in that sense, Europe is more relevant than ever to Greece. The current Syriza-Anel government has at times sought to find economic support from other actors (eg Russia), and at times has been seen to push US administration to support its positions, but the context always remains Europe and the EU. Greece’s future can only be guaranteed in that context and the beginning of a ‘Trump era’, with all its uncertainties, will only reinforce that.

This is equally true of the Western Balkans. Yes, there are ties between individual WB states and other countries – again like Russia and Turkey – which are deep and at times controversial. Indeed, the US through NATO still plays a significant role in the region and will do even more so in time of conflict (and nothing can change constitutionally in Bosnia or Kosovo without US approval). But the EU is by far and away the most significant economic, political and security actor in the region and this will only be enhanced by the ‘Trump era’.

Would you like to comment on the EU Enlargement process with SE European countries? Is what commentators refer to as a “rising tension” in Serbia, Kosovo, FYROM and Albania going to affect Greece?

Rising tension in Bosnia, FYROM or anywhere else in the WB immediately becomes a regional issue. And any regional issue immediately has implications for Greece both diplomatically and physically. But one thing above all is in Greece’s favour: it is a member of the most significant organisations in Europe, the EU and NATO. As such, it has guarantees which none of the other states beyond it do. As for enlargement to the region, it is difficult to see any further accessions in the short-term (beyond Montenegro).

*Interview by Florentia Kiortsi. Many thanks to Alexis Georgiades, Press and Communication Counsellor – Embassy of Greece in London