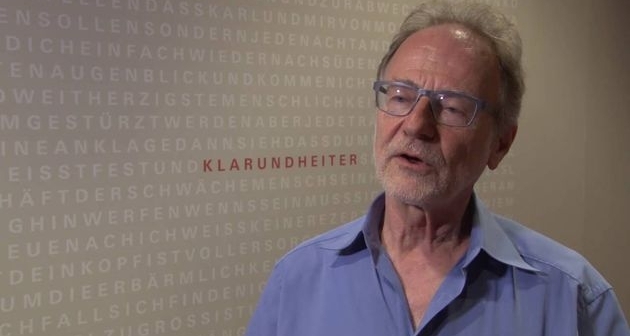 Steffen Lehndorff is an economist and research fellow at the Institut Arbeit und Qualifikation (Institute for Work, Skills and Qualification) at the University of Duisburg/Essen, Germany. His research focuses on employment relations and working time at organisational, national and international levels and includes comparative research into European employment models and industrial relations systems. Steffen Lehndorff was a keynote speaker at the 23rd Conference on Alternative Economic Policy in Europe, dedicated to the question: "Can the EU still be saved? The implications of a multi-speed Europe", held in Athens, 28-30 September 2017.

In an interview* with Tassos Tsakiroglou, political editor of the Athens daily "Journalists' Journal" (Η Εφημερίδα των Συντακτών), he estimates that Angela Merkel will be pressured from within to move right, while pointing out that EU-level alliances are needed to achieve progressive changes:

How do you see Germany's post-election political landscape and what can it mark for Europe?

It’s terrible, but in a way we are getting closer to what has become normal in numerous other EU countries. By German standards the situation is somewhere between complex and chaotic. It will take long before we have a new government. In the meantime, one may think that a weaker German government makes it easier for others, for example the French, to overcome the «democratic scandal» (as Moscovici put it) in the Eurozone. But on the other hand one should realise that there will be strong pressures on Merkel within her own party to shift more to the right. So honestly, I don’t know.

E.U, as you’ ve mentioned, has fallen into the trap of an “austeritarian regime”, from which it seems almost impossible to escape. What’s the future for the european peoples and what’s the task of the left and progressive forces?

Bottom-up pressure for progressive reforms at EU level must be rooted in stronger pressure for reforms at national levels, in particular in Germany but also in other EU countries. In the bigger countries we must be aware of the simple fact that we won’t achieve at EU level what we can’t achieve in our respective countries. Unfortunately there is still a long way to go because Social Democracy has weakened itself substantially in some politically and economically important EU countries like France, Germany, Italy or Spain, while large parts of left-wing parties can’t decide whether they want to focus on protest, propaganda, or change. The latter would require much greater efforts on real policy alternatives which would make it easier to form broader political and social alliances for democratic, social and ecological growth models in their own countries, which could become a basis for progressive changes at EU level, too.

Lately we have seen a multitude of "visions" for Europe, such as Jean-Claude Juncker’s or Emmanuel Macron’s, the common feature of which is that they express the political plans of the elites. We do not, however, see political plans or visions from the bottom-up. What’s your explanation?

For most people it’s too far away from their daily life and problems. In German we say, “my shirt is closer than my jacket”. You know this is something typical not only for Germany. As I have just mentioned we so far have not found a left-wing solution for that. Large parts of the left, as I see it, focus either on the EU level or on the national level, but even if they suggest reasonable progressive reforms they fail to link these two levels. Of course this is very difficult. But to give just one example: Even in Germany it would be necessary for progressive changes to form alliances at EU level for joint profit and wealth taxation standards. It is this link between the levels of conflict that will count in the future, I think. Let me add a short remark on the ‘visions’ for Europe you mentioned. The current debates reflect a deep insecurity as well as enormous fissures and cracks amongst the political elites. In his own country Macron has a neoliberal agenda, but at EU level he wants to escape from the iron austerity cage. We should not hesitate to take advantage of the smallest window of opportunity when we want to change the course of action in the EU.

Although the economic effects of the neo-liberal doctrine have increased inequality and poverty internationally, we are faced with “its strange non-death” (Colin Crouch). What about this contradiction?

Public debt which soared in the course of the financial crisis was used as a lifebelt by neoliberals. Before the crisis the rationale behind neoliberal policies was the “free market”, now it is the alleged need to reduce public debt. The justification has changed, but the policies and their outcomes have not.

Τwo years have passed since SYRIZA was defeated and capitulated to the lenders in 2015. What is your own assessment of the so far governance of Alexis Tsipras and how does it influence the developments in Europe?

All of us who fought in solidarity initiatives in Germany and elsewhere were also defeated two years ago. But to say the truth, at least in Germany many of us were disappointed but not surprised. We knew our government, and from the beginning we fully aware of the imbalance of powers in the EU. Of course we had hoped that social movements across Europe can outweigh to some extent this imbalance, but altogether we were simply too weak and none of our governments could be forced to be more flexible regarding the demands of the Syriza government. The Memoranda reflect the current political leeway of an isolated left-wing government in a small and economically weak EU country. I understand the turn of the Greek government in the summer of 2015 as an attempt to avoid the worst, and my impression is that they are trying very hard to find and use the smallest loopholes for moderations of the unevitable. I imagine how painful it is to suffer from the outcomes of these bad «compromises» in the MoU. But I have no doubt that the suffering would have been even worse, much worse, when ND or Pasok had still been in office. Even if it hurts, we should not forget who caused this terrible situation before 2015 — in Berlin, Brussels and elsewhere, but also in Athens.