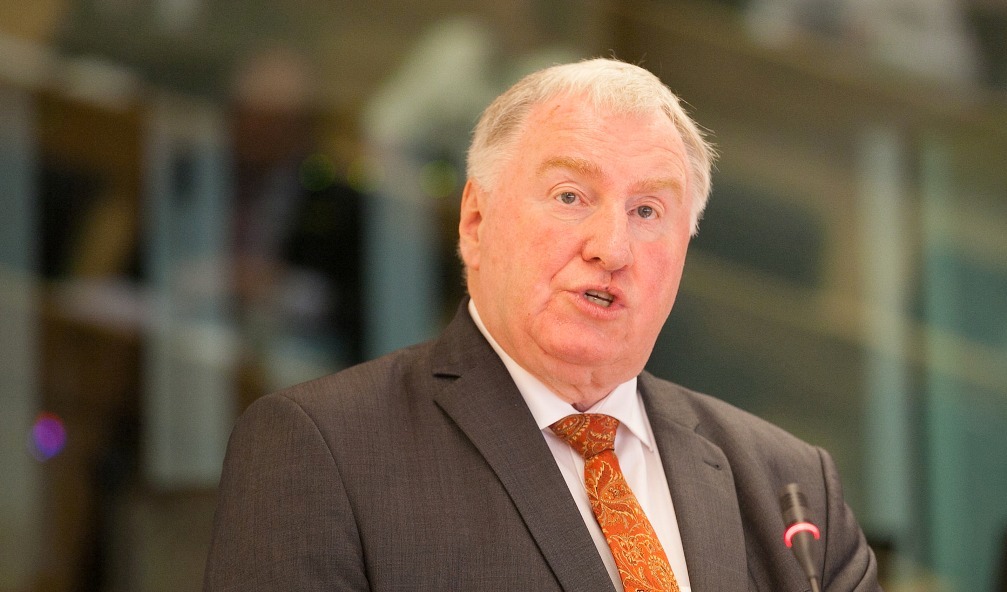 Last November, the European Committee of the Regions in partnership with the other EU institutions organized the 8th European Public Communication Conference (EuroPCom). The event (9-10.11.2017) brought together over 600 public communication professionals, including high-level political representatives, to debate current challenges in both EU and public communication, putting particular emphasis on how to engage citizens in the European project whilst examining the cross-over between communication and engagement.

Karl-Heinz Lambertz spoke to Greek News Agenda* about the need for a new narrative for Europe underlining that delivering results is the best way to communicate EU. He also stresses the importance of cohesion policy as an expression of European solidarity to the unprecedented challenges that the EU has recently faced, such as the economic and migration crisis, indicating that the EU should fulfill its promise of social progression by meeting the real needs of people. He is referring to the EU richness concerning regional diversity and how we can avoid regional nationalism, while he accentuates the need for a strong cohesion policy in the future inviting all interested parties and individuals to join #CohesionAlliance.

In your speech at the 8th EuropCom opening session you referred to the EU “double paradigm shift” describing a situation where citizens feel remote from an EU that does not bring hope. In your opinion, is there any responsibility of the EU for this sentiment? What do you think is the task of politicians and communicators?

The European Union is far too often viewed as something distant in Brussels, that doesn't matter to daily life, when in fact we need to remember that Europe is every region, city, town and village.  Whether it is creating jobs, improving transport, delivering public services or spurring innovation, demonstrating what the European Union is and why it matters must begin locally and regionally.

Delivering results is the best way to communicate Europe which is why EU policies and investment must be led by a simple criterion: does it improve the daily lives of citizens? The EU needs to bring hope and fulfill its promise of social progression by meeting the real needs of our communities but this means ensuring decision-making begins from the ground up and regional investment is protected. Politicians and beneficiaries must also take responsibility, contributing to a shared vision of Europe and giving credit to the EU when it brings about positive change.

Everyone working with and in the EU needs to re-think the way we communicate. We need a new narrative of Europe that listens to the aspirations, hopes and worries of citizens and actively responds. It means speaking out when it does improve lives but being honest when it fails. We need to break the communication gap that for too long has existed between Brussels and the citizens it serves through using new technologies, by continual engagement with citizens and talking about Europe locally.

More than 300 regions are embedded in the EU structures, in parallel with national governments. Is there any risk that this regional integration and “localization” may lead to regional nationalism?

By defending the role of local and regional authorities in the EU, the European Committee of the Regions is not calling for a European Union composed of 300 micro-states. The EU is rich in its regional diversity. Often regional and local identities are even older and stronger enrooted than national identities. This is a fact that needs to be reflected in European policymaking. If we want to avoid regional nationalism, we need to make sure that the EU is accepted by its citizens, which is to say that they believe in it as an added value and not as a threat. More autonomy is ideally something that renders regional nationalism redundant. The key is to strongly involve regional and local authorities in the implementation of political strategies.  Correctly applying the subsidiarity principle – through for example our Committee's participation in the recently launched EU Subsidiarity Task Force - are means to ensure regions and cities are involved and heard.

Greece in the last few years has experienced both a migrant and an economic crisis. What do you think is the role of cohesion policy in enhancing solidarity among EU citizens?

The European Union has faced unprecedented challenges in recent years and the insufficient response has made too many citizens questions its very purpose. We are starting to see our economy grow, yet in many regions and cities, unemployment remains stubbornly high. The migration crisis may have been stemmed, but it has placed further strain on many local and regional authorities, responsible for the reception and integration of refugees. EU cohesion policy – currently worth one-third of the EU budget – has softened the blow tackling economic and social disparities; supporting investment in training, education, employment, housing and health; and fostering cooperation across borders. In all its dimensions - economic, social and territorial - cohesion policy is an investment in people and the ultimate expression of European solidarity.  It needs to be strong, simpler and more visible in Europe's future.

What is the role of the European Committee of the Regions and cohesion policy in EU’s future, especially at a time when social inequalities in Europe have risen?

Given the potential economic implications of Brexit on the next EU budget after 2020 and changing political priorities, cohesion policy is under threat. As the EU's assembly of local and regional governments, our 350 members are united that cohesion policy must continue to be an integral pillar of Europe's future.  This is why, together with many other European territorial associations, our Committee launched the #CohesionAlliance – a growing coalition open to anyone who believes cohesion policy must continue to be the same percentage of the EU budget as it is today. It needs to be protected to add to the 5000 km of roads and 1500 km of railways that have been built; to ensure that not just the six million Europeans have access to better drinking water, but every citizen. A Union without cohesion policy is not the Europe we want.