Quo vadis Europa? | Panos Kakaviatos on the role of the Council of Europe concerning media and press freedom 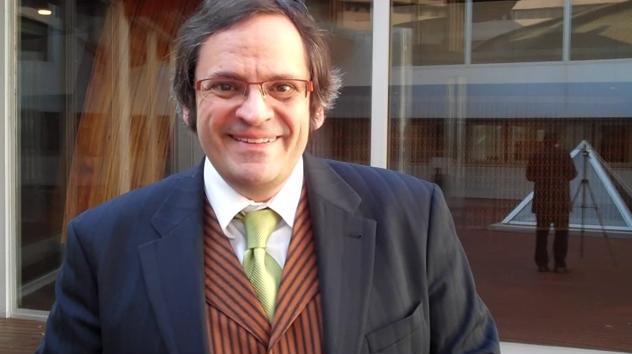 Social media have undeniably changed communication and journalism and discourse on fake news has become more intense, although fake news has always been part of the media landscape. Panos Kakaviatos*, media relations officer in the Council of Europe, who had also worked for the Associated Press as a European correspondent, talked to Greek News Agenda** about the actions taken by the Council of Europe to protect the right to freedom of expression and information, as it is described in Article 10 of the European Convention on Human Rights.

In terms of recent work, it is important to describe an online platform that alerts people – in real time – about media freedom and safety of journalists in Council of Europe member States, as guaranteed by Article 10.

The Platform for the Protection of Journalism and Safety of Journalists enables Council of Europe bodies and institutions to be alerted on time, in a more systematic way and to take timely and coordinated action when necessary. It helps the organisation identify trends and propose policy responses to violations of media freedom.

Based on a Memorandum of Understanding with partners (Reporters Without Borders, the International Federation of journalists, the European Federation of journalists, the Association of European journalists and Article 19), each partner posts alerts, subject to their own verification procedures. The Council of Europe and a member state directly referred to in information posted on the platform may post reports on action taken by their institutions in response to posted alerts.

The platform also highlights longstanding work carried out by the Council of Europe in the field of media freedom, such as relevant texts prepared by the Parliamentary Assembly, standards adopted by the Committee of Ministers and relevant case-law of the European Court of Human Rights.

Discourse on “Fake news” is gradually becoming more intense. What is the media, society and institutions’ reaction?

Fake news has always been part of the media landscape. From pamphleteers spewing party lines under the cover of “journalism” to the worst expressions of propaganda, as formulated by Nazi leader Josef Goebbels. But social media spreads misinformation most effectively. It does not mean however that misinformation is new in Europe – or in the world.

The Council of Europe’s recent publication Information Disorder got much media attention at the Internet Governance Forum in Geneva, Switzerland in December last year, with interviews in both Le Temps and Tribune de Genève.

The book includes practical advice to counter false news reporting. For example, to counter the claim that former President Obama is a Muslim, showing images of the Obama family going to church was more effective than just saying: “That’s not true” …

So far, so good. But what many elites fail to understand is that the news media – at least in Western societies and especially in the United States – has often been biased to the left. Conservative viewers of “mainstream media” over time felt alienated: often identified as “sexist” or “racist” or any other “-ist.” As a result, a huge market for so called anti-establishment news outlets came to exist. In the United States this began on AM radio in the early 1990s and then spread to television like Fox News. Some people believe these outlets came out of nowhere, but they did not.

With social media however comes the opportunity to create echo chambers where interpretations of news are sung to like-minded choirs – and this applies to both the left and to the right, the reasonable and the unreasonable. If you read, for example, Daily Kos, you get an entirely different spin on the same news event from, say, The Daily Caller.

The best way to be properly informed is to start with news agency reporting from the likes of the Associated Press, Agence France Presse and Reuters. To deepen one’s knowledge of a given story, one should read other sources, with more opinionated reporting, but – again – those “more in the middle,” including, for example, The Economist, The Financial Times, NPR, The Hill – and The Guardian (left leaning centre) and The Wall Street Journal (right leaning centre). Having the ability to read in other languages is a plus, so the same logic applies. And people should read foreign news sources also of domestic news, which sometimes cast a more neutral approach to those stories. 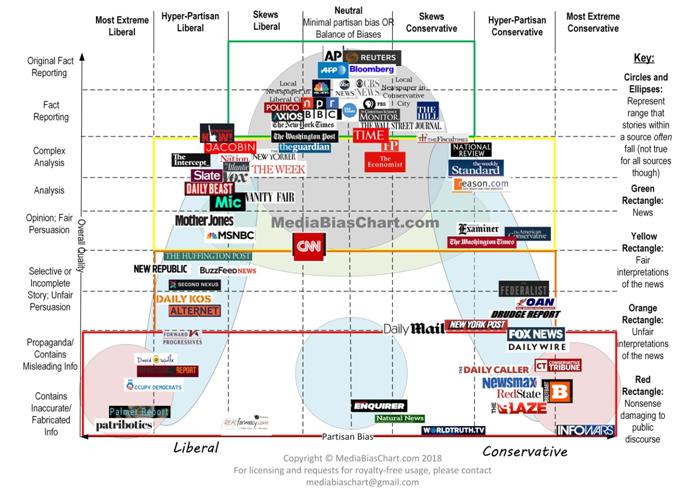 This is “treacherous terroir” for me. The very essence of a free press is an unregulated press. Too often the word “regulate” is a euphemism for “censor” … That does not mean that writers should not be held to a high standard of accuracy in reporting. Or that quacks on the Internet who pretend to be reporters should not be read with a large grain of salt. Indeed, the media should back reporting with named sources, as much as possible, rather than relying too often on unnamed sources. Of course sometimes a news story requires unnamed sources, such as coverage of national security in the United States.

But the danger there is that media can be (and have been) accused of bias because they use unnamed sources who could have a political agenda. This is one of the trickiest aspects of reporting: how to communicate what is really going on, if people in positions of power who know “what is going on” are not willing to be quoted directly?

The best way to go about it is to confirm what is being said by an unnamed source with another (reliable) source.

In any case, regulating the media could lead to government control of the media. We must never forget the fundamental watchdog role that the media plays in a democracy: keeping the public informed.

How can vulnerable groups (migrants/refugees, LGBTI, Roma etc) best be represented in media?

If by “representation” what is meant is the workforce, then hiring of people in “vulnerable groups” as reporters should never be based only in the fact that the candidate comes from such a group. It should be encouraged, but the candidate must have the qualifications to be a good reporter, for example.

In terms of coverage, it is important for media to cover vulnerable groups so as to ensure fair reporting. Much bias exists against LGBTI, Roma and migrants and refugees – to take the above examples – particularly in media that are extreme right wing.

But the media should report as well on the suffering of refugees and their need for assistance. That, too, is (major) news. The media should report also on noteworthy success stories of refugees being helped by host countries, and refugees trying to integrate properly into society – at least for the time that they are in the host country. There was a local report for example in Bavaria recently of refugees helping citizens deal with a flood from an overflowing river: good local news coverage showed that they were not about to rape a bunch of German girls. Reporting on the path of Syrian refugees to Germany was done in a four-part series on the BBC, for example, to illustrate an escape from bloody war, the danger of travel on an overcrowded boat and the challenges of crossing part of Europe to Germany.

By the same token, discrimination against Roma communities must be reported by the media. Stories of Roma children being put into “special schools” that effectively separate them from other pupils only because they are Roma must be reported. Profiles of successful Roma business people, teachers or other such success stories should be run on occasion in the features section of outlets, so as to illustrate positive news.

Having said this, negative news – such as cases of Roma children used by their parents to beg, or Roma girls married as children – should not be ignored, and should be reported, too.

The media’s job is to report the news. It is not meant to be a cheerleader for this or that cause, at least not in the news section. It can lead such cheers in the comments section.

* The above are individual opinions of Panos Kakaviatos, media relations officer in the Council of Europe. They are not meant to reflect official Council of Europe media policies or programmes.

** Interview by Ioannis Andrianopoulos, Head of the Press and Communication Office at the Permanent Representation of Greece at the Council of Europe.