One of the milestones of 20th century Greek national narrative is the Asia Minor Catastrophe, i.e. the defeat of the Greek Army in the Greek-Turkish war (1919-1922) and the resulting wave of refugees of Greeks from Asia Minor to the Greek state. Literary representations of life in Asia Minor and of the refugee experience played a crucial role in that. 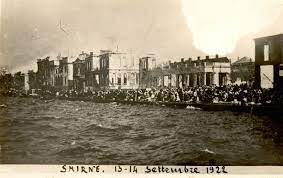 Indeed, a significant number of widely-read and influential novels and short stories concerned with Asia Minor and the Asia Minor Catastrophe have appeared since 1922. Some of these texts are central to the canon of modern Greek literature. Their importance should not be underestimated, since they are among the texts primarily responsible for instilling the myth of Asia Minor in the Greek consciousness.

Αccording to Peter Mackridge, there are three thematic strands in these novels and stories, and each text concentrates on one or more of them: (i) peacetime life in Asia Minor before the Catastrophe; (ii) the experience of war, captivity and/or expulsion; and (iii) the resettlement of the refugees in Greece, with the economic, social and psychological difficulties that this entailed.

The authors attempt to reconstruct the events themselves through a vertical deepening in memory and in the furnace of history. The result is not a narration of historical events, but mediated and edited in a literary recomposition of them. Moreover, these proses can be read as representative works of "literature of trauma", a personal trauma and collective simultaneously, which can be healed through public expression and collective treatment process. At the same time, they can join in another aesthetic category of texts that record the horrors of war, a literature that tries to describe the "indescribable" and verbalization the "unspeakable."

Among the most emblematic works of literature related to the Asia Minor Catastrophe are the following:

Land of Aeolia, Number 31328 and Serenity by Ilias Venezis

Life in Asia Minor was among the central literary themes of major Greek novelist Ilias Venezis. Land of Aeolia (Greek title: Αιολική γη) describes the lost Eden of his childhood summers, Number 31328 the horrific experiences of slavery following the Asia Minor Catastrophe, while Serenity (Greek title: Γαλήνη) follows the journey of a group of Greek refugees who were displaced from their homeland in Asia Minor and settled in the summer of 1923 in a desolate corner of the coast, depicting their struggle to adjust to living in Greece.

Number 31328 (Greek title: Το νούμερο 31328) is one of the earliest literary works that discuss the events surrounding the Asia Minor Catastrophe. It is an autobiographical testimony detailing the author’s experience as a prisoner enslaved in a work battalion following the Asia Minor Catastrophe. The prisoners were marched into the interior, but few arrived at the destination since most of them were either killed on the way or died of their hardships. 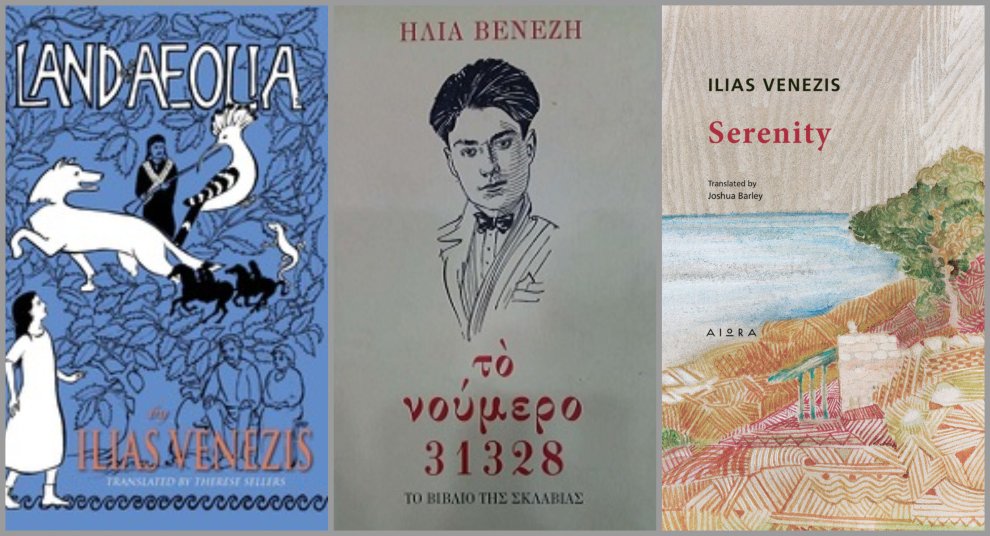 The life of the captives, as seen through the eyes of one who lived through these horrific experiences numbs the spirit of the reader too. The few bright sparks of humanity in a wasteland of inhumanity are treasured, as people are treated as if worthless: struck to death with hammers, lethally wounded and left to die alone, raped and then killed. All hope and all light is lost, despite the occasional effort by the prisoners to help each other—sincere at first, then worn down and half-hearted, until at last utter indifference.

Dido Sotiriou’s novel Farewell Anatolia [Greek title: Ματωμένα Χώματα), first published in 1962,is one of the most famous books about the Greek population of Asia Minor, chronicling the last years before their final exodus and arrival in Greece as refugees. It tells the story of Manolis Axiotis, a poor but resourceful villager, through the eyes of whom we witness the forced labour camps during the First World War, reserved for the non-Muslim subjects of the Ottoman Empire, the defeat of the Greek army in 1922, the burning of Smyrna and the Turkish war prisoners’ camps.

According to literary critic Eri Stavropoulou, the writer manages to create "a vast mural of the hard life of Greek farmers in Anatolia" and a hymn to a land blessed with an abundance of natural beauty and resources. Anatolia is depicted as a paradise lost, but the blame for this loss does not simply fall on the enmity between the two peoples but on a number of political and international factors, such as the economic aspirations of the Great Powers, the poor choices in foreign policy and the increasing nationalistic fervour of the New Turk regime.

A Prisoner of War’s Story by Stratis Doukas

Doukas’s A Prisoner of War’s Story (Greek title: Iστορία ενός αιχμαλώτου) – first printed in 1929 – is one of the most powerful literary accounts of the ordeal of those Greeks who were unable to escape in time across the Aegean to mainland Greece after the Asia Minor Catastrophe in 1922. It is based on the true story of Nikolas Kozakoglou, a Greek solider left behind and taken to the Turkish inland, whose physical and moral pain and suffering Doukas manages to depict in a vivid and powerfully direct manner.

At the same time, the dispassionate portrayal of bare events removes the story from its wider historical context, rather emphasizing the epic struggle for an individual’s survival. It is a testimony to sheer human versatility and resilience and indirectly reveals how, although Greeks and Turks lived together on the whole peacefully in earlier times, they also remained deeply ignorant and suspicious of each other's religious practices.

At Hadzifrangou by Kosmas Politis

Written when Kosmas Politis was seventy-five years old, in At Hatzifrangou (Greek title: Στου Χατζηφράγκου), Smyrna becomes a city of the mind, where Politis at last found his home through memory, imagination and writing. The book is set at the 1900s and describes everyday life in a working-class neighbourhood of Smyrna. Nevertheless, there are many external prolepses in the narrative, the most extensive being a chapter set in 1962. This creates an awareness of the fate of the world described in the text.

It is narrated in the third person, focalised through various characters and it is probable that Politis drew many of his ‘memories’ from various publications by other Smyrniots about their town. One could say that just as Smyrna is the novel’s collective protagonist, so its collective narrator too is Smyrna (or at least working-class Smyrna).