On the spiritual path in Greece 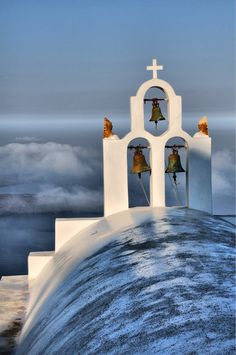 As in other countries, there are two sides to Christmas in Greece: one is festive and glamorous, while the other is spiritual, with religious worship at its core. Whether at Christmas or any other time of the year, Greece attracts considerable numbers of visitors who are interested in religious - spiritual tourism, as the religious centres and sites of the Greek orthodox faith are an integral part of the national heritage. Thus, they can offer a journey through a different side of Greece, aiming to build a deeper understanding of the country, as well as to promote cultural dialogue and friendship.

For those interested in a religious-spiritual trip, the web service “Religious Greece”, created by the Archdiocese of Athens, invites people to religious travels exploring the nature, tradition and history of the country throughout the year. The platform offers comprehensive information on religious destinations and monuments all over Greece and suggests various tours and routes, from city walks to island excursions. Some of Greece’s most important religious and cultural sites featured in the platform are the impressive monasteries of Meteora, the pilgrim destinations of the Madonna (Panayia) of Tinos, the Panayia Soumela and Panayia Ekatontapiliani, as well as the places where Apostle Paul preached, such as Philippoi Kavalas and the hill of Areopagus in Athens.

Another place with intense spiritual character is Patmos, famous as the island of Apocalypse. According to tradition, it was in a cave in Patmos that Saint John the Divine was inspired the Book of Apocalypse.

The Religious Greece platform also contains information on the great celebrations of faith in Greece, such as Christmas, the Resurrection and much more. Various celebrations throughout the year on every corner of the land preserve customs and traditions of significance to the locals, as for the Greeks a life without celebrations resembles a really long road without stop for a rest.

their neighbor’s door to sing Carols (“Kalanta” in Greek) on Christmas and New Year’s Eve. Another is the Custom of the Holy Cross taking place on the 6th of January (celebration of the Epiphany or “Theofaneia” in Greek, which means “Vision of God”): A priest throws the Cross in the sea and brave congregants defy the cold, diving into the icy waters to retrieve it and be blessed. In areas not close to sea, the Cross is thrown in rivers, lakes, etc. Customs and traditions may of course vary depending on the region. For instance, in Kastoria, Epiphany day marks the start of the two-day celebration of Ragoutsaria. The city welcomes a lot of people who wish to celebrate the carnival with plenty of alcohol and local dishes, bringing the festive period of Christmas to a fitting end.