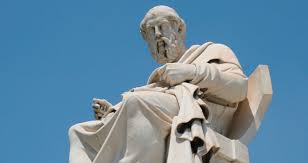 “Hope is a waking dream” and “knowing oneself is the beginning of all wisdom” are only two examples of thoughts, representing universal and eternal truths expressed over 20 centuries ago by the Greek philosopher and scientist Aristotle (384 BCE -322 BCE). The famous philosopher from ancient Stageira,wrote as many as 200 treatises (of which 31 survive) on all aspects of life and human existence, from biology and physics to theatre and music, as well as politics and ethics.

Acknowledging Aristotle’s unquestionable universal significance - since he was one of the most emblematic and influential philosophers of humanity, who helped shape the intellectual life of Europe and laid the theoretical foundations for the idea of Democracy and the establishment of the Constitutions in Europe and in the United States - 2016 has officially been proclaimed by the 38th session of the UNESCO General Conference (Paris, November 2015) as “Aristotle Anniversary Year”.

The original idea for the celebration of this great anniversary came to life back in 2013, when the “Interdisciplinary Centre for Aristotle Studies” of the Aristotle University of Thessaloniki – which aims at promoting internationally the work of Aristotle and its ongoing contribution to the cultural heritage of the Western civilization - took the initiative to organize a World Congress, in May 2016, for the 2400 years since the birth of the great philosopher and scientist. The initiative was warmly adopted by the Hellenic National Commission for UNESCO, which officially submitted to UNESCO, in January 2015, the proposal for the proclamation of 2016 as the “Aristotle Anniversary Year”.

The Aristotle World Congress, which is under the auspices of the President of the Hellenic Republic, will be the highlight of all events to be organized worldwide in 2016 for the celebration of the “Aristotle Anniversary Year”, with the support and cooperation of the Research Centre for Greek Philosophy of the Academy of Athens, of the International Federation of Philosophical Societies of the Hellenic National Commission for UNESCO, and of many other educational institutions of Greece. Over 400 academics and scholars from 40 different countries have submitted their papers for presentation. Among the invited speakers, and members of the Honorary Academic Committee, are included the most prominent Aristotle scholars worldwide. The Congress will open with an official ceremony on May 23, 2016 followed by congress sessions that will be held until May 28, 2016 in the main venue of the Aristotle University in the city of Thessaloniki, as well as in ancient Stageira, the birthplace of Aristotle, and in ancient Mieza, the place where the Macedonian philosopher taught Alexander the Great. The aim of the event is to advance scholarship on all aspects of Aristotle’s work, especially interdisciplinary and multidisciplinary approaches, as well as approaches investigating its relevance today.

In the meantime, from January 2016 to January 2017, there will be Multiple International Congresses on “Aristotle Today -2400 Years Anniversary 2016” held in Heidelberg, Leuven, Padua, Paris, Helsinki, Lisbon, Notre Dame (Indiana), Moscow, Córdoba and Athens.