Water sports are very popular in Greece, a country of seas with emerald waters and wonderful subaquatic worlds. There is plenty of options here for visiting water sports lovers, who found themselves surrounded by awesome natural attractions in the Aegean and Ionian Sea, while enjoying top-notch quality services on the islands and around the mainland. Here are some of the most important water sports events taking place around Greece this summer. Plunge in and enjoy the fun! 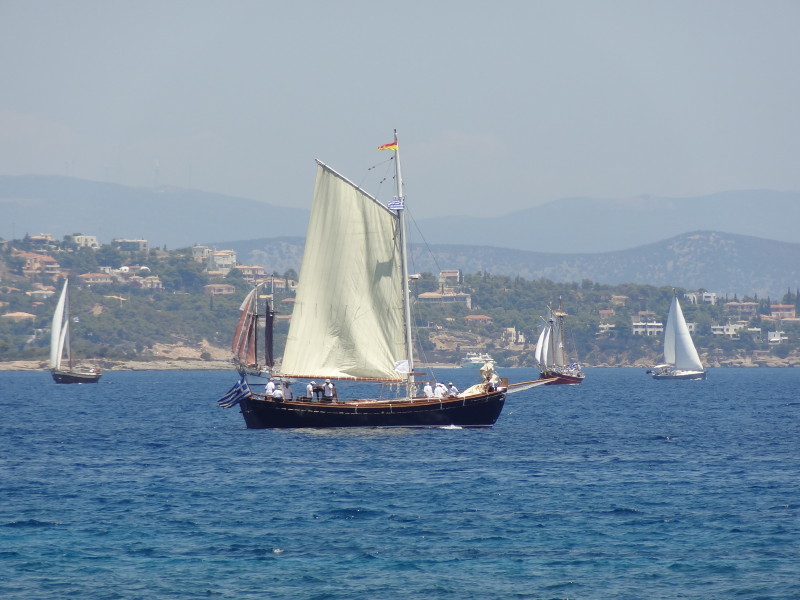 After five successful years of record breaking, Spetses Classic Yacht Regatta is considered the greatest Classic Sailing event in Greece, attracting legendary boats from around the world. The Regatta includes Classic Boats (with three sub-categories Vintage ( – 1947) Classic (1948 – 1974) Spirit of Tradition (1976 – ); Traditional Caiques; Lateens and the Dragons (2014 being the first year for this category).   The event will be held between June 30 and July 3.

2nd Greece On Board Festival

The Greece On Board Festival returns in Schinias beach (Marathon, Attica) on July 2 and 3. The 2-day activities are not limited to the spectacle offered by paddlers. The public will have the opportunity to get acquainted with the magical world of water board sports with complimentary SUP lessons. The festival includes SUP racing for the Elite class, less demanding races for the Amateurs and Juniors class and fun team relay races with XL boards for all. 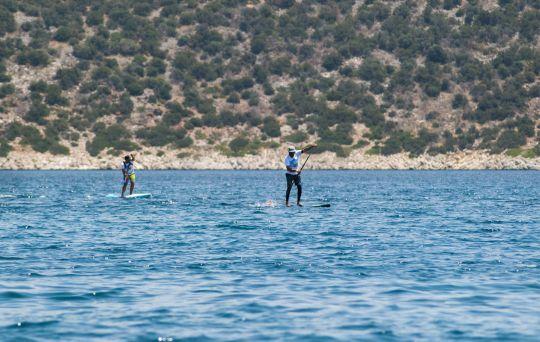 From July 2 to July 10, the 22nd International Sailing Race "Cyclades Regatta 2016" will take place inviting both Greek and foreign boats of all recognized categories (ORCi, ORC Club, ORC Club Non Spinnaker and IRC) to participate in the race. The islands included in this year’s race are Kea (Tzia), Naxos, Kimolos, Sifnos and Kythnos.

The Kitesurf Festival, a major athletic event focused on this impressive water board sport, takes place for the fifth year in Cape Drepano (Peloponnese) on July 9 and 10. Last year’s kitesurf festival was attended by more than 4,000 people while 110 athletes from Greece and abroad participated in the races. This year, the festival is expected to be far more impressive; the beach will be transformed into a kitesurf venue ready to host numerous kitesurf races as well as various parallel events for the spectators. 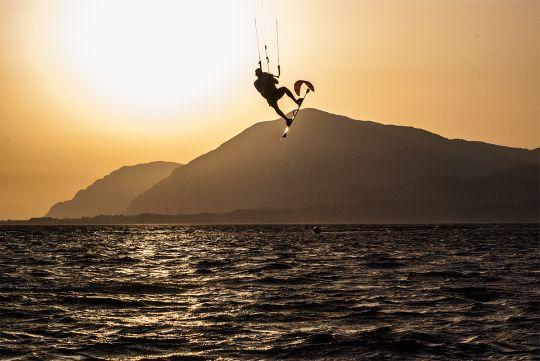 The Aegean Sailing Rally, the oldest and most prestigious sailing event in the Greek seas, takes place for the 53rd year from July 16 to 24 with the participation of the biggest names in sailing and the best offshore racing yachts. Departing from Faliro bay, the yachts will navigate the Aegean waters to reach the island of Patmos, the first leg of the race. On July 20 the yachts will depart for the island of Milos where they will remain until July 23. From there, they will follow a northern course towards Sounio to finish the race under the temple of Poseidon. In every stopover-island the stay of yachts is accompanied by local events and prize-giving ceremonies to the winners of each race.

For the 20th consecutive year, an international sailing week titled “Rodos Cup 2016” will take place on the island of Rhodes between July 17 and 22. The aim of the event is to promote Offshore Sailing by uniting as many sailors as possible, giving them the opportunity to enjoy the wind, sea and sun of the Greek islands.Setting sail from the island of Kos, the race will also include the islands of Nisiros, Tilos and Symi.

Between August 1 and 8, the "International Ionian Sailing Week" aims not only to develop the sport of sailing in the broader region of the Ionian, but also to promote friendship between the region's Sailing Clubs and local societies. Greek athletes of international status and distinctions, as well as foreign athletes from the Balkans, Italy, Switzerland, England, France, the US and Russia will take part in the race. 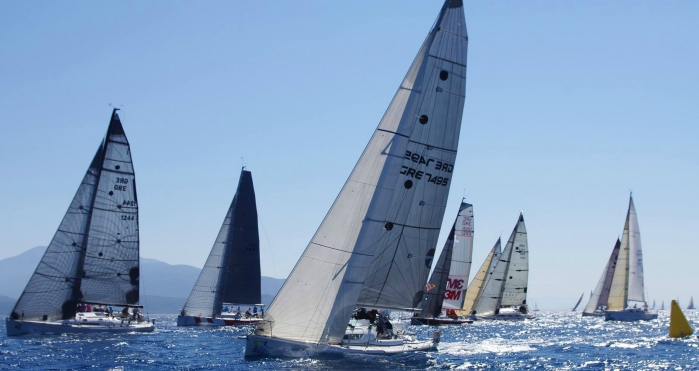 The 3rd WAVE running coastal race takes place on the beach of Avdera-Keramoti (Northern Greece) on August 21, offering participants the opportunity to run by the sea, while enjoying the region’s amazing beaches. WAVE running includes four coastal races: the 28km race (Ancient Avdera – Keramoti); the 10km race (Monastiraki – Area of Nestos Delta – Keramoti) being part of the 28km race’s route; the 5km race, which is ideal for athletes of all levels; the 500m race suitable for children up to 12 years old.

The Aegean Regatta will take place from 19 to 27 August in the area of North and Northeast Aegean organized by the General Secretariat of Aegean and Island Policy with the Offshore Commission of the Hellenic Sailing Federation. The starting port is the marina of Porto Carras in Halkidiki and the finish will be in the island of Lesvos. 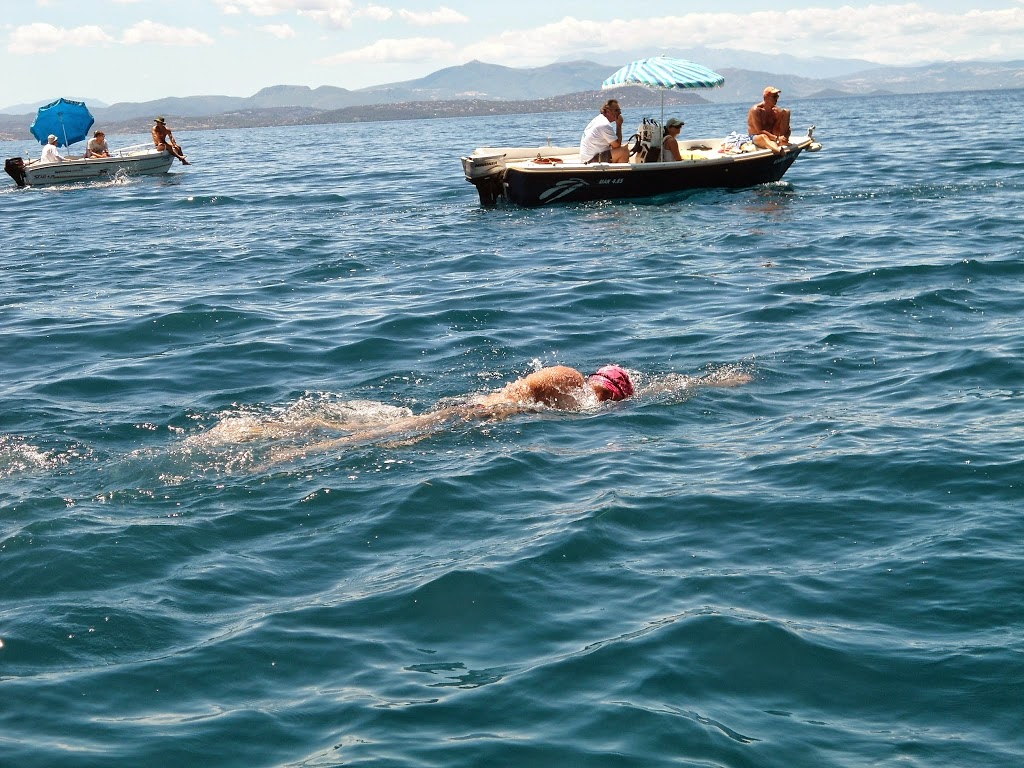 The 6th North Evian Gulf Crossing “Skyllias 2016" will take place in the island of Evia on 27 August, honouring the first known long-distance swimmer in Ancient Greece, whose swimming performance and underwater action played an important role in the victorious battle of Artemision 480 (b.C). The event also aims to raise public awareness of the protection of the Evian Gulf from human intervention and has taken the initiative to declare the «Kantili Shores» as a region of great environmental and ecological importance that requires protection.