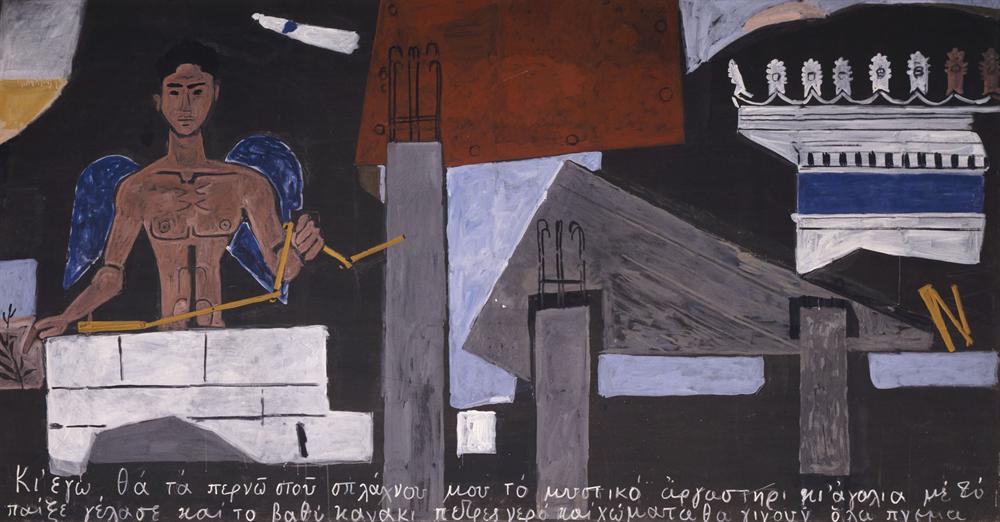 One of the most important representatives of the Greek "Thirties Generation", painter Yannis Tsarouchis (1910-1989) embodied in his work the ideal of "Greekness". With a multiplicity of influences from Hellenistic and Byzantine art, the art of the Renaissance and more modern times, the work of Matisse, Theophilos and Kontoglou as well as the figures of the Karaghiozis shadow puppets, he created a unique personal style and depicted landscapes, still lifes, nudes and allegorical scenes. His interest was primarily focused on the human figure, creating isolated portraits, as well as scenes with sailors and soldiers, which make up a characteristic part of his work.

A new exhibition (Yannis Tsarouchis: Illustrating an autobiography. Second Part (1940-1989) is now hosted by the Benaki Museum from 16.12.2016 in its Pireos Street Annexe. The exhibition is part of a group of themed presentations of the holdings of the Yannis Tsarouchis Foundation collection.

“Illustrating an autobiography” has been scheduled to be shown in two parts, the first of which (1910-1940) took place in Benaki Museum from October 2013 to July 2014.

The second part (1940-1989) presents the history of Yannis Tsarouchis’ painting through chronological groupings, re-creating the environment in which he lived and investigating the manner in which he was influenced throughout his artistic progress. The visitor follows Yannis Tsarouchis trails, starting at the Albanian front on the declaration of the Second World War in 1940, to occupied Athens and the troubled days of the civil war. Through Tsarouchis’s work one can wander the decades to follow, discovering the transformation of his painting, his influences, his connections, his surroundings and his collaborators. The visitor will encounter individuals such as Alexander Iolas, Alexis Minotis, Maria Callas, Manos Hadjidakis and many more, in a tour led by the artist himself, through his texts as well as rich photographic documentation.

The exhibition is curated by Niki Grypari, Chairman of the Yannis Tsarouchis Foundation.

Yannis Tsarouchis studied at the Athens School of Fine Arts (1928-1934) under Spyros Vikatos, Georgios Jakovides, Thomas Thomopoulos, Yannis Kefallinos and Konstantinos Parthenis. At the same time he spent four years (1930-1934) in the workshop of Fotis Kontoglou who initiated him into Byzantine painting and music.

Along with Kontoglou, Dimitris Pikionis and Angeliki Hatzimichalis he pioneered the request of his time regarding the Greekness of domestic art. During 1935-36 he traveled to Istanbul, Paris and Italy, where he became closely acquainted with Renaissance art, Impressionism and contemporary artistic movements as well as and the work of Theophilos from the Teriade collection. In 1938 he held his first solo exhibition in Athens moving the interest of critics. In 1940 he was conscripted and served in the Albanian Front. After the war he traveled to Paris. He held solo exhibitions in Paris (1951), London, Rome, Bologna, Thessaloniki, New York (1953).

He started his professional involvement with set design in 1928 and this was to make up an important part of his artistic creation and includes cooperative undertakings with the National Theater, the State Opera, Karolos Koun’s Art Theater, the Ancient Theater at Epidaurus, Covent Garden in London, the Dallas Civic Opera of Texas, the Theatre National Populaire of Paris and Teatro Olympico in Vincenza. He also worked with important Greek and foreign artists such as Maria Callas, Katina Paxinou, Alexis Minotis, Michael Kakoyannis, Jules Dassin and Franco Zeffirelli. During the period 1960-1962, moreover, he taught stage design at the Doxiadis School (Athens Technological Organization). He was also involved with book illustration while in the context of his broader interest in art, he wrote texts and reviews which were later published in books.

In 1967, because of political developments in Greece, he went back to Paris and returned home once and for all in 1980. Two years later he launched the "Tsarouchis Foundation" housed in the artist’s house in Maroussi and containing both his works and those of other artists. 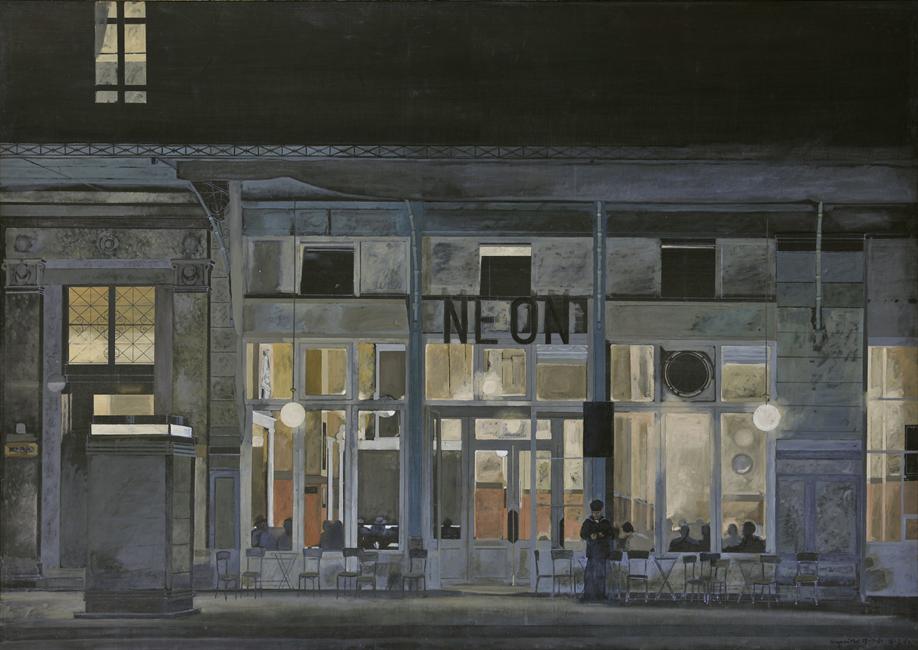