“Έλλην”, “Ρωμηός”, “Γραικός” (Hellene, Romios, Graikos [Greek]): Three terms which by and large refer to the identity of the Greeks in the long course of History. The Greek people have been identified by many ethnonyms, with the most common being "Hellene" (Greek: Έλλην), while the name "Greeks" (Latin: Graeci) was used by the Romans, which gradually entered European languages through its use in Latin. Roman or Rhomaios or Romios is the name by which the Greeks were known in the Middle Ages, since virtually all Greeks were Roman citizens after 212 CE, whilst during Ottoman rule the name of the Orthodox Christian community was Rūm millet (Roman nation).

The proceedings of the international conference “Έλλην”, “Ρωμηός”, “Γραικός”: Collective Identifications and Identities, which took place from 19 to 21 January 2017, shed broad light on the complex process of the construction of these collective identifications.

The speakers of the Conference, which was organized by the Department of History and Archaeology of the National and Kapodistrian University of Athens (NKUA) and was one of the celebratory events for the 180 years since the establishment of the NKUA, noted in particular the overlapping and the intermittent changes in the meaning of these identifications in the stretch of time and the longue durée: from ancient Greece to the Hellenistic and the Byzantine world and then to the Latin/Venetian and the Ottoman periods as well as the first century of the Greek nation-state and in the stretch of a space that exceeds the limits of metropolitan Greece and includes the Diaspora and the Balkans.

Overall, 43 papers were presented at the conference, which were divided into three main focus areas: a. Identifications and identities in the ancient world; b. The empires and c. The long nineteenth century. The discussion that followed the presentations of each panel of speakers contributed substantially to the approach and better understanding of the multiple identifications in the Greek world.

The subject of the conference followed extensive reflections on issues of ethnic identity brought about by the drastic political and economic changes, as well as the surfacing of new social and cultural phenomena that have taken place in the last decades. “These issues were found at the epicenter of scholarly interest and Public History, thus provoking a strong discussion and a particularly interesting production of academic works. The pertinent research on primary sources has enriched our knowledge, has sharpened our historical vision, and has led to new critical perspectives, which have broadened our way of thinking on the historical process of concepts that have been used as collective identifications both in international and in Greek academic literature, as the conference organizing committee has mentioned.

The organizing committee comprised members of the academic staff of the Department of History and Archaeology. Conference participants consisted of members of the NKUA as well as universities and research institutes of Greece and other European countries (Austria, Bulgaria, Cyprus, Germany, Italy and Romania) and the USA. 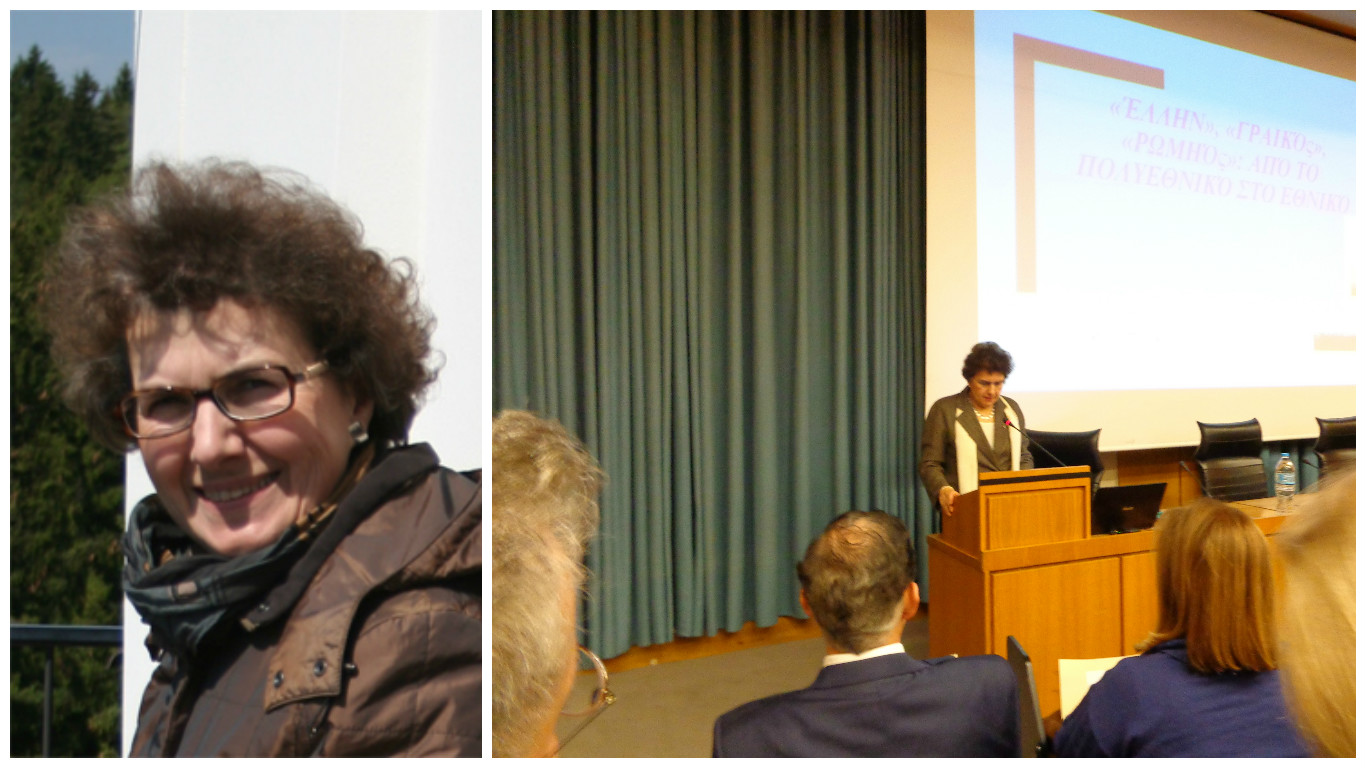 Keynote Speaker and Chairwoman of the Conference, Professor of Modern History in the Department of History and Archaeology, Olga Katsiardi-Hering, asked by Greek News Agenda* what the dominant connotations of the terms Hellene, Greek and Romios were, answered as follows:

“As shown by the Conference announcements - and depending on the time and place in question - these terms described national, political and religious identities in antiquity, but in multinational political groupings of the Hellenistic, Roman, Byzantine and Ottoman eras too, as well as in the Diaspora. The term Greek/Greco/Grieche for a long period and up until the mid 18th century also referred to the Eastern Orthodox faithful. In the same vein, according to Ottoman and Ecumenical Patriarchate historical sources, the term Romios/Rum could have referred to the Orthodox Christian subjects of the Ottoman Empire as well as to the Patriarchate faithful. Gradually however and mostly from the 17th century onwards, the terms Hellene/ Greek/ Romios largely became synonymous, describing Greek identity. From the time of the Greek War of Independence (1821), Hellenic Republic and Hellene became the dominant terms defining the fledgling Greek nation-state and its nationals”.