Rebetiko music: From the margins to the mainstream 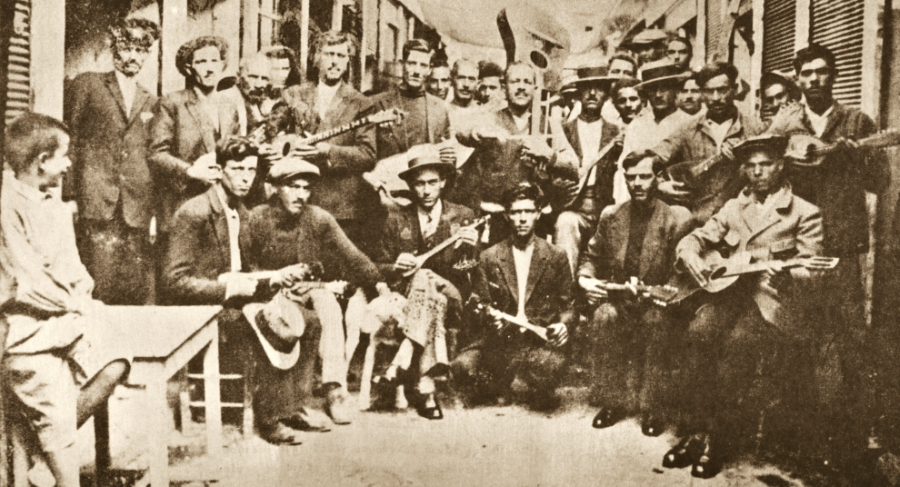 Rebetiko is the urban popular Greek music of the poorest classes of the first half of the 20th century. As of December 2017, rebetiko is inscribed on the Representative List of the Intangible Cultural Heritage of Humanity created by UNESCO. The list is made up of elements that help demonstrate the diversity of the world heritage and raise awareness about its importance. Rebetiko was chosen by the Intergovernmental Committee who deemed it “a living musical tradition with a strong symbolic, ideological and artistic character”. As an intricate cultural concept, it is linked with music, song, dance and -especially in the past- with a particular attitude and way of life: the life of the outcast, the vagabonds and the displaced, but also of the labouring classes in large cities of newly industrialised Greece of the early 20th century.

Rebetiko is basically an umbrella term, comprising several forms of music that evolved in Greece and Greek speaking parts of the Ottoman Empire during the mid and late 19th century, until they unified in the early 20th century to form the distinctive sound that is associated with the rebetiko today. It is largely based on oral tradition has been accurately described as “Greek urban blues”.

The term was coined relatively late in the evolution of the genre, and was basically popularised by scholarly studies in later decades. It derives from rebétis (pl. rebétes), a word of uncertain etymology, denoting a person (usually a man) of the prewar era, with a certain aspect and attitude, often involving a disregard for the law and a life in the margins of society. This type of character was usually dubbed mángas, koutsavákis, aláni, vlámis or mortis at the time – also depending on the region. Their music was more often referred to as laïká (urban folk), from the word laós (the common people).

The origins of this music are indeed closely linked with outcast life and subculture, since they can be traced back to the prisons of Athens at the time of the Bavarian government, in the 1830’s. This type of music, based on the sound of the famous bouzouki – a modern variation of the byzantine string instrument tambouras – gradually gained popularity among the poorer, lower social classes of the big (chiefly port) cities, like Piraeus. At the same time, the Greek populations of Constantinople, Smyrna and other major cities of Anatolia had created their own popular music, based on traditional Greek and oriental rhythms, often performed in music parlours called Café Aman.

The Young Turk movement and the Greco-Turkish War (1919-1922) led to a huge influx of Greek-speaking refugees and migrants in major Greek cities. Thus, the 1920’s mark the time when various musical traditions and styles merged together, creating the typical sound of what became known as rebetiko. By that time, this was basically the music of the common folk in large cities, not having yet completely shed its ties to underground culture. They were performed in taverns but also in tekédes (hashish dens), hence the drug and jailbird references in many song lyrics.

In the late 20’s and early 30’s, however, more and more music labels began recording rebetika songs. The genre met with increasing popularity, and was gradually assimilated by the mainstream, making rebetika and laïká the most popular type of music in Greece to this day. Many consider the 30’s to be the “golden era” of rebetiko in its most authentic form, especially considering that this was the time when some of the greatest musicians wrote, performed and recorded some of the classics that are still treasured today.

Zeibékiko, aptálikos, karsilamás: Some of the most common styles of dance and, by extension, music within the rebetiko genre.

Peniá: A musical phrase, corresponding to a guitar riff. It derives from pena, the word used for a flatpick.

Taxími: A musical improvisation – often a bouzouki solo. From the Turkish word taxim.

Ópa, ála, yala, yássou: Exclamations linked with singing and dancing, often directed to the singer of musician as a form of approval, or uttered by the musicians themselves (similar to English c’mon, oh yeah, etc.)

For an introduction to the sound of Rebetiko listen to our selection of Rebetiko songs below:

Panagiotis Toundas - "Barbayiannakakis": Toundas was a composer hailing from Smyrna and his songs are typical examples of the Eastern influences of rebetiko.
Kostas Skarnelis - "Go ahead, alani": Singer Roza Eskenazi -here performing a song by Skarvelis- came from a poor Sephardic Jewish family of Constantinople. She was arguably the most iconic female performer of rebetika songs.
Vassilis Tsitsanis - "Gloomy Sunday": Tsitsanis was a prolific creator and seminal figure in the evolution of the genre, also collaborating with composers such as Mikis Theodorakis.
Markos Vamvakaris - "All of the world's rebetes": Born in the island of Syros, Vamvakaris was the patriarch of rebetiko, forming part of “the Famous Piraeus 4”, the most renowned rebetiko music ensemble.
Giannis Papaioannou - "Before the dawn": Born in a city on the coast of Marmara Sea, Papaioannou came to Greece as a refugee. His music encompasses elements from serenades together with the music of the Greek islands and Minor Asia.
Apostolos Hatzihristos - Tramp's grievance: Born in Smyrna, Hatzihristos (dubbed Smyrniotáki) came to Greece as a refugee after the Smyrna Catastrophe. He performed the songs of many composers, as well as his own.