Architect Ernst Ziller and his rich legacy in Greece 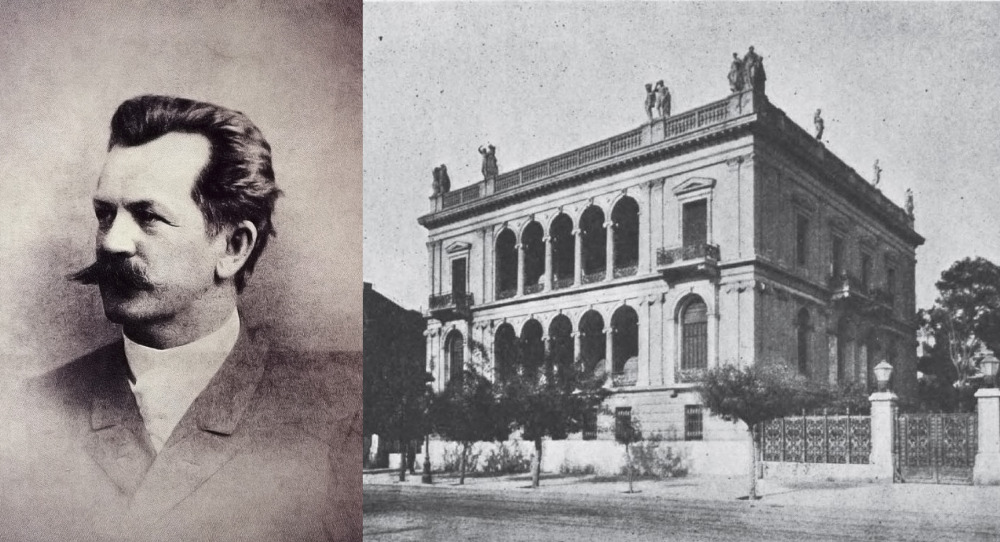 Not many other architects have left their imprint on the urban landscapes of Greece like Ernst Ziller. Known for buildings such as the Presidential Mansion and the National Theatre of Greece, he not only played an important part in shaping the city of Athens, but also left his mark in many cities across the country between 1870 and 1914. He designed, built or supervised more than 500 public and private buildings, and helped transform the Greek capital from a village into a bustling metropolis.

When Greece declared its independence following the Revolution of 1821, its official capital was the city of Nafplion in the northern Peloponnese. In 1832, Greece was established as a Kingdom under Otto, son of Ludwig I of Bavaria. The Bavarian administration decided to forge a modern identity for the country rooted in the glory of Ancient Greece. They thus moved the capital to Athens, due to its illustrious past as the greatest city in Greek classical antiquity.

At the time, it had a population of roughly 4,000–5,000 people, located mainly in is now the district of Plaka. Architects assigned Gustav Eduard Schaubert and Stamatios Kleanthis were assigned the task of creating a city plan, which was then modified by Leo von Klenze, court architect of Ludwig I. Among the most important public buildings erected during those early years are the University of Athens (1837-1950), the Old Royal Palace (now the Greek Parliament Building, 1836-1843) and the Old Parliament Building (1858). 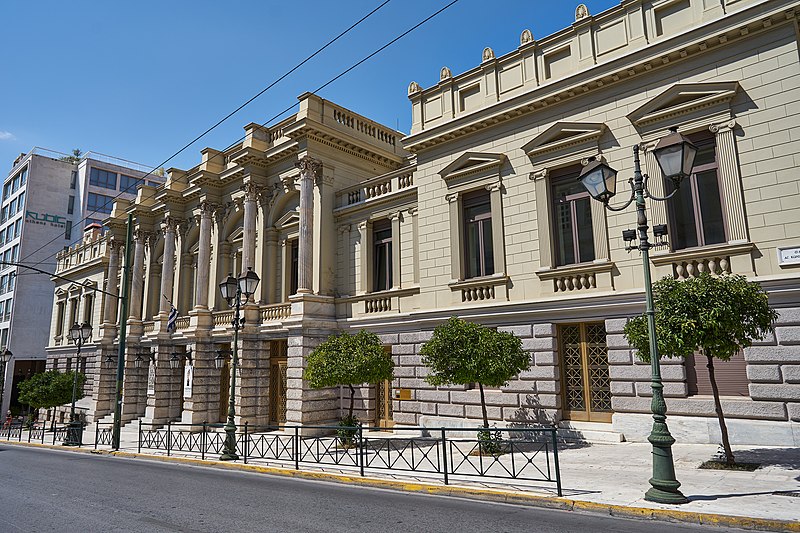 The building of the National Theatre of Greece in Athens (by George E. Koronaios via Wikimedia Commons)

Ernst Ziller was born in 1837 in a small village in Saxony near Dresden. After graduating from the Dresden Academy of Fine Arts in 1858, he went to work for Danish architect Theophilus Hansen. Theophilus and his older brother, Christian, were prominent representatives of the Greek Revival style, also known as Neohellenic Classicism; they designed one of the Greek capital’s most famed architectural landmarks, known as the Athenian Trilogy, comprised of the original main building of the University (1837-1950), the Academy of Athens (1856-1885) and the National Library of Greece (1888-1902), with the latter two being designed by Theophilus.

Theophilus Hansen invited Ziller to Athens in 1861, to supervise the construction of the Academy, which was funded predominantly by Greek-Austrian banker and benefactor Simon Sinas. The building was constructed using Pentelic marble, drawing influence from the architecture 5th c. BC Classical Athens. Through his collaboration with Hansen and Sinas, Ziller made the acquaintance of most of his future clients. Ziller would also later supervise the erection of the National Library and the Zappeion Hall, also designed by Hansen. 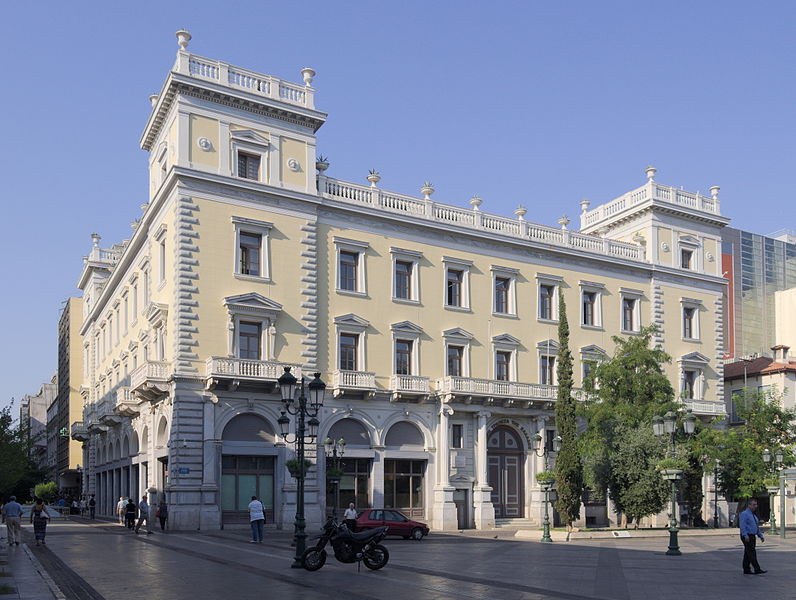 The Melas Mansion in Athens (by C messier via Wikimedia Commons)

The young architect was fascinated by the city’s ancient past. In 1864, he presented a study propounding the notion of the deliberate use of curvature in the Parthenon’s construction; his idea was controversial at the time, but has since been vindicated by research. During the late 1860s he conducted archaeological excavations on the site of Kallimarmaro, where a Roman stadium built by Herodes Atticus used to stand; the current Panathenaic Stadium is a reconstruction of the earlier stadium, based on his excavations and designs. He also conducted archaeological research on various other sites, including the sites of Rhamnous and Thiseio in Attica, the Temple of Aphaia on the island of Aegina and the site of ancient Troy in Turkey, and was among the first to point out the original polychromy of ancient sculptures and buildings.

Ziller would use his findings in his own buildings, drawing inspiration for the design of decorative elements, using polychromy in his façades and the interior of his buildings, and even applying his theory on curvature in the construction of the Academy. He developed a personal, eclectic architectural style incorporating elements from Greek antiquity along with Byzantine, Renaissance and northern European architecture, all within the context of the then-dominant Neoclassicism. 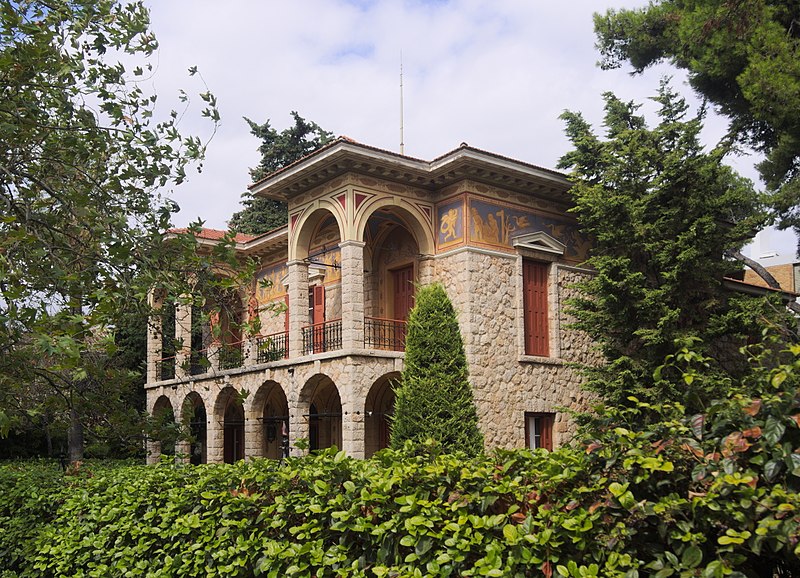 View of Vila Atlantis, in Kifissia (by C messier via Wikimedia Commons)

In 1885 he designed a three story mansion (now known as the Ziller-Loverdos Residence) where his family resided until 1912. Some of his important buildings such as the Municipal Theatre of Athens, the original Royal palace in Tatoi and the Thon Mansion have not survived to this day. He was also the third and final architect to supervise the erection of the National Archaeological Museum of Athens (on designs by Ludwig Lange), making significant modifications to the façade. 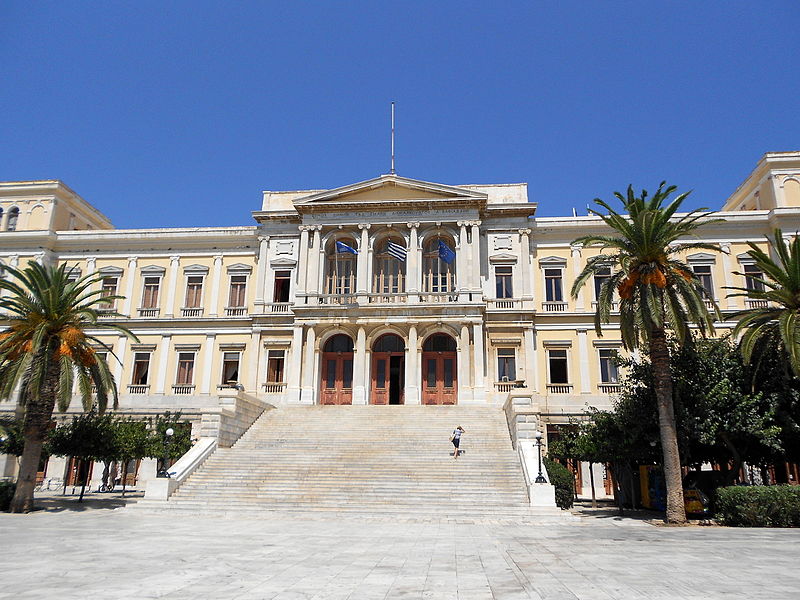 Among his works are many churches, including the Metropolitan Church of Saint Gregory Palamas in Thessaloniki, the St. George Church of Xatzikonsta Foundation in Metaxourgio (Athens), the Church of Luke the Evangelist in Patisia (Athens), the Transfiguration of Jesus church in Vilia (West Attica), the Cathedral Church of Panagia Faneromeni and the Churches of St. Andrew and of the Presentation of the Virgin Mary at the Temple in Aigio. 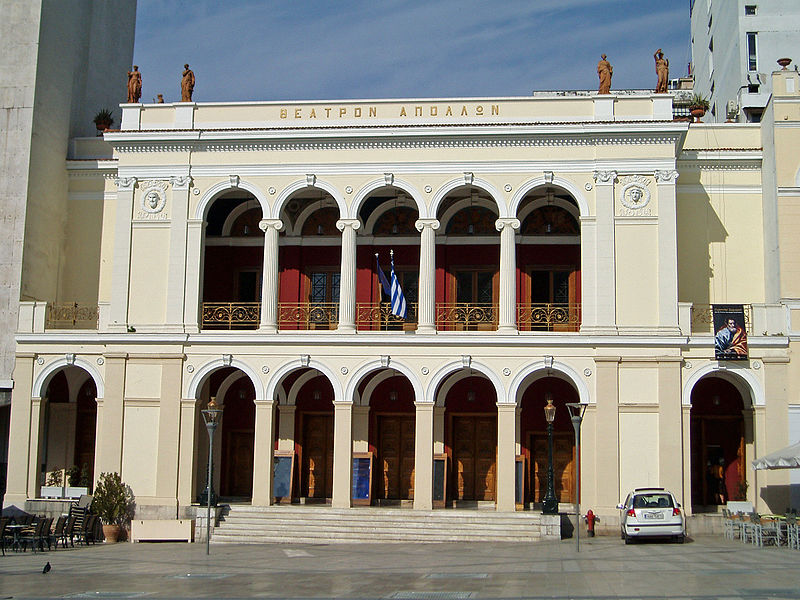 Apollo Municipal Theatre in Patras (by Conundrum via Wikimedia Commons)

In 1872, Ziller was made Professor of Architecture at the School of Arts (now the Athens School of Fine Arts) and taught there until 1883. In 1884 he was appointed Director of Public Works at the Ministry of the Interior, thus becoming Master Builder to King George I, a position he held until 1893. He was married to pianist Sophia Doudou, daughter of a Greek merchant, since 1876. They had five children, among which Iosifina Dimas-Ziller (1885-1965), who went on to become an impressionist painter. He died in Athens on 4 November 1923 and was buried at the First Cemetery of Athens.

Ernst Ziller’s name is linked to some of the most iconic spots in the modern city of Athens, and in many of the country’s urban centres. He stands out for having been able to adapt the central European trends of his time to the character, aesthetic, climate, dimensions and proportions of Greece, incorporating elements from its history and identity. His role in shaping the visage of the contemporary city of Athens, especially its historic centre, is indisputable.

Based on an article by E. Grigoriou in Griechenland Aktuell. Adapted into English by N. Mosaidi. (Intro image: Ernst Ziller; the Iliou Melathron in 1896)

Read also via Greek News Agenda: The Chapel of Agios Nikolaos Thon repaired to its former glory; Arts in Greece | The First Cemetery of Athens, an open-air "museum"; The Fourth CIAM Congress of 1933 in Athens and the foundations of Western urbanism; Athens School of Fine Arts celebrates 180 years