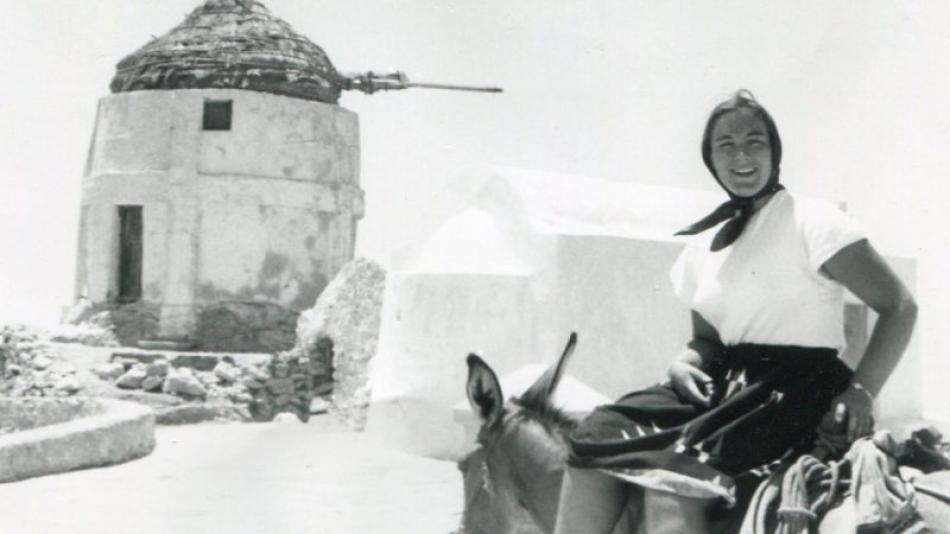 “Weaving Histories: Margaret Kenna and Anafi” is an exhibition dedicated to the work of anthropologist and researcher Margaret Kenna, running in Athens until 11 September 2021. This project, organized by State of Concept Athens in collaboration with Association Phenomenon, aims to bring together the colossal work of an anthropologist with contemporary artistic practices, with the aim to enact a dialogue between anthropology and visual arts.

Margaret Kenna is a retired social anthropologist, who has taught at Swansea University for 40 years and has devoted most of her academic work to the island of Anafi. Her lifelong love of the island began with her first visit in May 1966, almost a year before the imposition of the military dictatorship in Greece. She visited Anafi to conduct research for her doctoral thesis on the island pattern of naming children, children’s rights to property (a dowry house for a daughter; land for a son when the father died) and their obligation to carry out ceremonies for the souls of those from whom they had inherited.

Her fascination with the island and its people has endured for more than fifty years. In 1973 she carried out research on the Anafiot migrants in Athens, and on their Migrants Association; in later years she investigated how technological and infrastructural changes on the island impacted the development of tourism and life on the island. Anafi also used to be a place of exile, and the study of the life of political dissidents in the 1930s and 1940s took her research in a completely different direction, and she was able to interview former exiles in the 1990s. Her numerous publications on sociopolitical issues pertaining the island of Anafi can be found on her website at academia.edu. She has also authored books on Anafi, such as Greek Island Life: Fieldwork on Anafi (2001, Routledge) and This Organization of Exile: Greek Political Detainees in the 1930s (2001, Routledge). 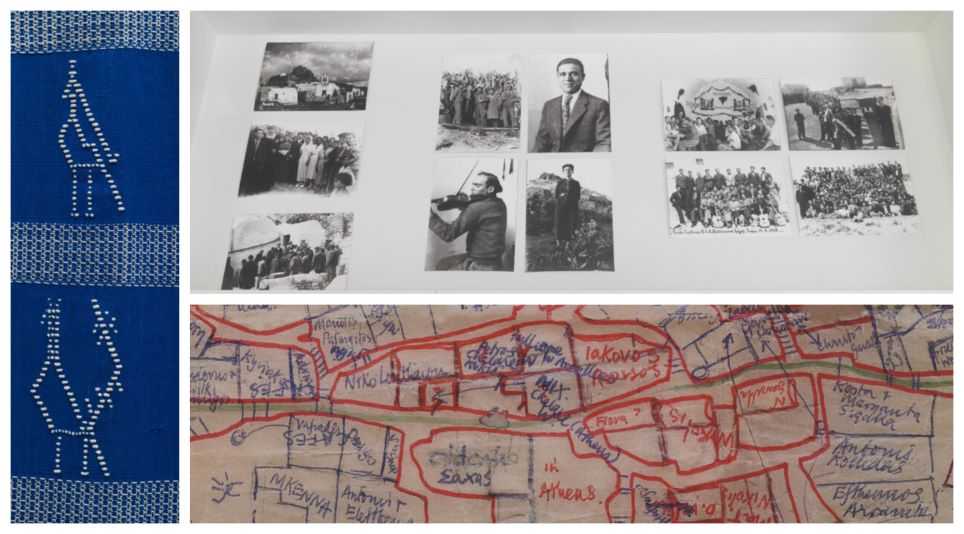 Images from the exhibition Weaving Histories: Margaret Kenna and Anafi

Kenna's devotion was rewarded in 2006, when the Municipality of Anafi declared her an honorary citizen. Her research on the rapid technological and socioeconomic changes that occurred between 1960 and 1990 in Anafi, can be viewed as a case study of how these changes impacted the whole of Greece. In 2012 Kenna has donated a great part of her photographic archive to the Benaki Museum in Athens. As she decribes it: "Over a number of years I have taken to the Benaki Photographic Archives in Athens negatives and photos taken during various research visits to Anafi and Anafiots in Athens. The director of the Photo Archive comes from an Anafiot family and made me promise to do so [...] The weight of the negatives and photos taken during research in 1987-88 was about 19 kilos!" In 2019, Kenna decided to donate the rest of her research material to the British School at Athens.

This exhibition affords an opportunity to see a small part of her diligent work and research for the first time. It is a unique perspective on a remote social organisation and how it has radically changed through the decades, posing many questions in relation totradition, the ties between citizens in small communities, the role of women in them, but also the isolation in remote islands such as Anafi, decentralisation, modernisation and the relations between locals and tourists, or as Kenna herself eloquently puts it, “how our lives are knitted together”.

Three artists were invited to respond to Kenna’s work and produce new commissioned works that will be presented for the first time together with fragments of Kenna’s archive. Hellen Ascoli, Zoe Hatziyannaki and Maria Varela, have each focused on specific aspects of the varied research trajectories Kenna’s academic work has taken throughout these last fifty years.

The exhibition is also organised in tandem with the Benaki Museum Athens, and is supported by the British Council and the British School at Athens. It is the third exhibition State of Concept Athens hosts as part of their research platform “The Bureau of Care” (following Chto Delat and Kader Attia) that looks into the politics and ethics of care. The exhibition is accompanied by a publication with texts by iLiana Fokianaki, Margaret Kenna, Piergiorgio Pepe & Iordanis Kerenidis.

State of Concept Athens was formed in 2013 by art critic and curator iLiana Fokianaki and describes itself as "the first non-profit contemporary art institution with a permanent location and a yearly program to operate in Greece. Based in the neighbourhood of Koukaki at the centre οf Athens, it is an independent platform that fosters the appreciation for local and international contemporary art and the growth of artistic and curatorial practice."

Phenomenon is a biennial project for contemporary art held in the Aegean island of Anafi, Greece, that includes a residency with performances, lectures, video screenings and other events, as well as an exhibition throughout the island that has been running since 2015. It is organized by the Association Phenomenon and the Collection Kerenidis Pepe.

The exhibition will run from Sunday 27th June to Saturday 11th September 2021 between 4-9 pm. For opening times during August please consult State of Concept Athens  and their social media platforms.

See also: The Anafi Photo Archive at Swansee University, a fascinating collection of over 160 photos developed from glass and celluloid negatives, dating from between 1935 and 1942 and showing the lives of a commune of political exiles living on the island. 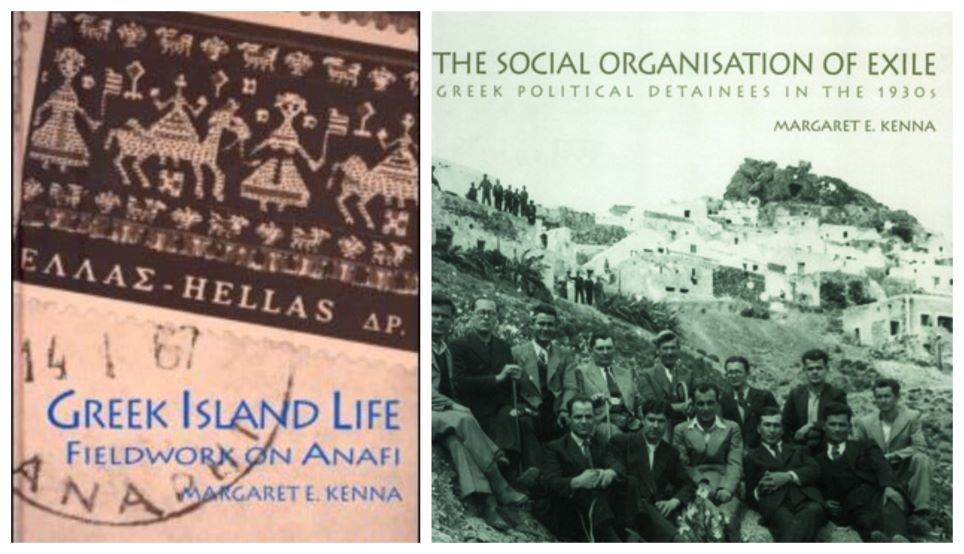