Greek Prime Minister Alexis Tsipras at a Sunday rally (24.1) to mark a year of left-wing Syriza party in power defended his coalition government struggles with creditors and the conservative establishment in the past year and set the tone for the difficult battles coming ahead, mainly on pension reform.  Syriza rode to power on 25 January 2015 with a 36.3 percent electoral win pledging to renegotiate the terms of Greece's international bailout and was re-elected 9 months later with 35.5 percent -after a compromise and a third bailout agreement with the international lenders- forming a second straight coalition with the nationalist Independent Greeks (ANEL) party.

Speaking to a big crowd of Syriza officials and supporters under the slogan "One year Left, One year battle. We proceed" at the Tae Kwon Do stadium in Athens, Tsipras defended his government’s “daily struggle for change” in a year that "we gave Greek people a breath of dignity […] challenged history and assumed historic responsibilities for the European and the international Left”.   “We are proud of the battles we fought, we will carry on against the adversities” proclaimed the Prime Minister reiterating that that they clashed with the conservative establishment that dogmatically insists on wrong austerity recipes and fought against corruption, the oligarchy and all those that brought the country in this crisis. 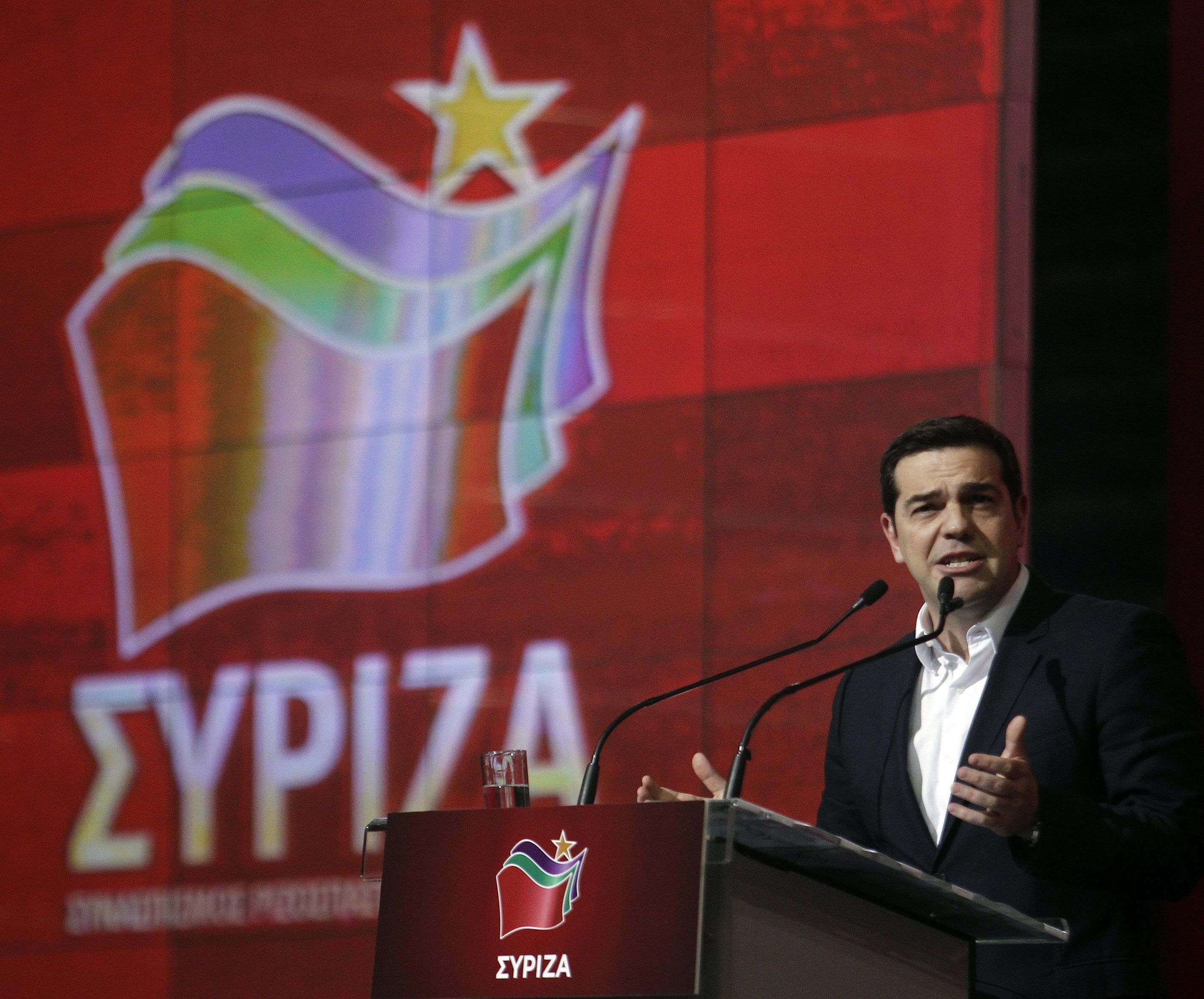 The PM set out two paths ahead for the country highlighting the differences between the left-wing Syriza who is in favor of the many and the right-wing ‘New Democracy’ which favors the few. Tsipras argued that his government aims to bring an end to the old status quo and corruption in Greece and lashed out the opposition leader Kyriakos Mitsotakis for his neoliberal beliefs, asking him to clarify his party’s stance on the critical and highly controversial issue of pension system reform, whether he stands for raising employer contributions or slashing main pensions once again.

Regarding the social security system reform, the SYRIZA leader commented that the there is room for improvement, but the reform must go ahead as planned since the whole system is in danger of collapse, due the mismanagement over the years. "The dilemma is about reforming the system or letting it collapse," he said, promising however to exhaust every bit of dialogue and flexibility to help those affected most and bring fairer changes.