After a period in which immigration to Greece has monopolised public attention, media discourses, state policies and academic research - and rightly so – a shift appears to be underway as emigration is back in the agenda. Shrinking opportunities and life chances have pushed many Greeks out of the country, especially youth, persons with higher educational attainments, as well as increasingly people in need. A new LSE Hellenic Observatory Paper "Greece’s new Emigration at times of Crisis" (May 2016) by Lois Labrianidis* and Manolis Pratsinakis, contextualizes the recent resurgence of emigration within Greece’s changing migratory landscape:

At the dawn of the new millennium, the crisis signals a turnaround of Greece’s migration transition, as emigration flows in the post - 2010 period appear to be comparable in size with those of post - war decades yet with significant differences from those taking place in previous decades. Even though the majority of the migrants are young university graduate adults, the emigrant population overall is considerably more diverse than that of previous decades. The emigrants are people of various income groups, educational backgrounds and specializations and of various age groups. They are heading to a wide array of destinations spanning the globe, with the EU, and particularly Britain and Germany, attracting the bulk of them, followed by the USA and Australia. Free movement within the EU makes emigration an easier mobility strategy to pursue, as people increasingly move spontaneously and provisionally, looking for potential opportunities mostly in Western and Northern Europe. More than half of the total outflow of professionals recorded in the post war period took place after 2010 and more than two out of three of the post-2010 emigrants are university graduates. The post-2010 majority emigrated  mostly due to feelings of lacking any prospects in their home country and due to an overall disappointed with the grim socio-economic situation in Greece which often went hand in hand with a deep disillusionment with the political establishment in Greece and with state institutions. At the same time people are not supported by state institutions in their emigration trajectories as was the case in the post - war period, and their socio - economic background and social capital shape their emigration trajectories. 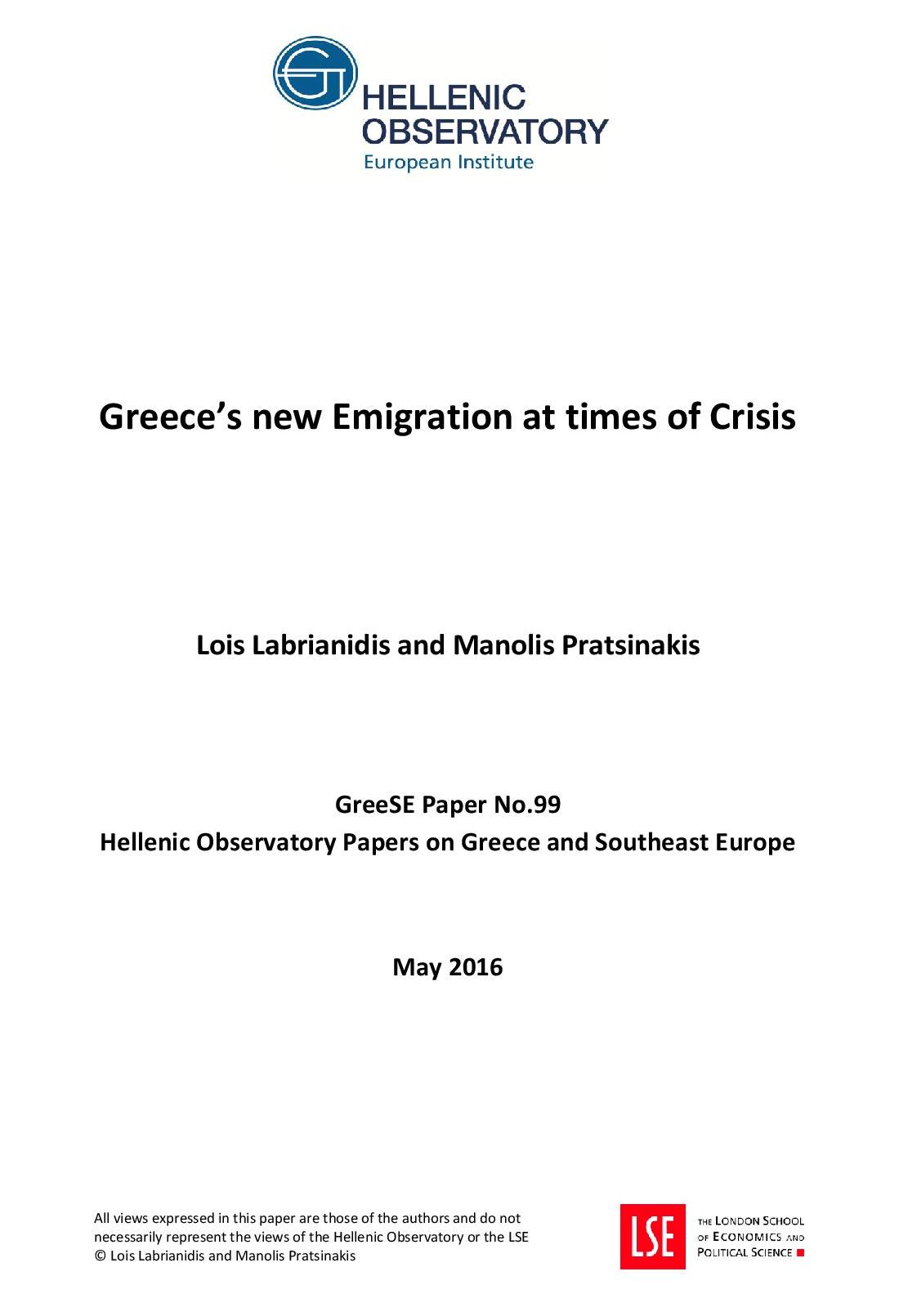 People specialized in fields for which there is high demand can easily secure employment abroad, in many cases even before they actually emigrate. However, people with lower education, or education that are not valued highly in the labour market of their destination countries, or for which fluency in the language of that country is needed, find it much more difficult to find employment that matches their qualifications. If they lack the necessary economic resources to invest further in their training and education or to support themselves until they build their social networks in the receiving country and better their language skills, they may end up working for extended periods in jobs below their skills.

Through time, however, the broad picture is one of progress, as the vast majority of the migrants eventually do upgrade their living conditions while acquiring new experiences, skills and knowledge. They constitute an extremely valuable human capital resource for the Greek society and economy upon which the Greek governments could capitalize. In the current circumstances, this could not be done focusing on a repatriation policy, since return within the near future forms not a plan neither a wish for most of them. Rather, it could be accomplished by facilitating the establishment of means of cooperation, which could lead to development of viable and sustained transnational ties between them and the Greek society and economy.

*University of Macedonia Professor Lois Labrianidis is General Secretary for Private and Strategic Investments at the Ministry of Economy, Infrastructure, Shipping and Tourism. 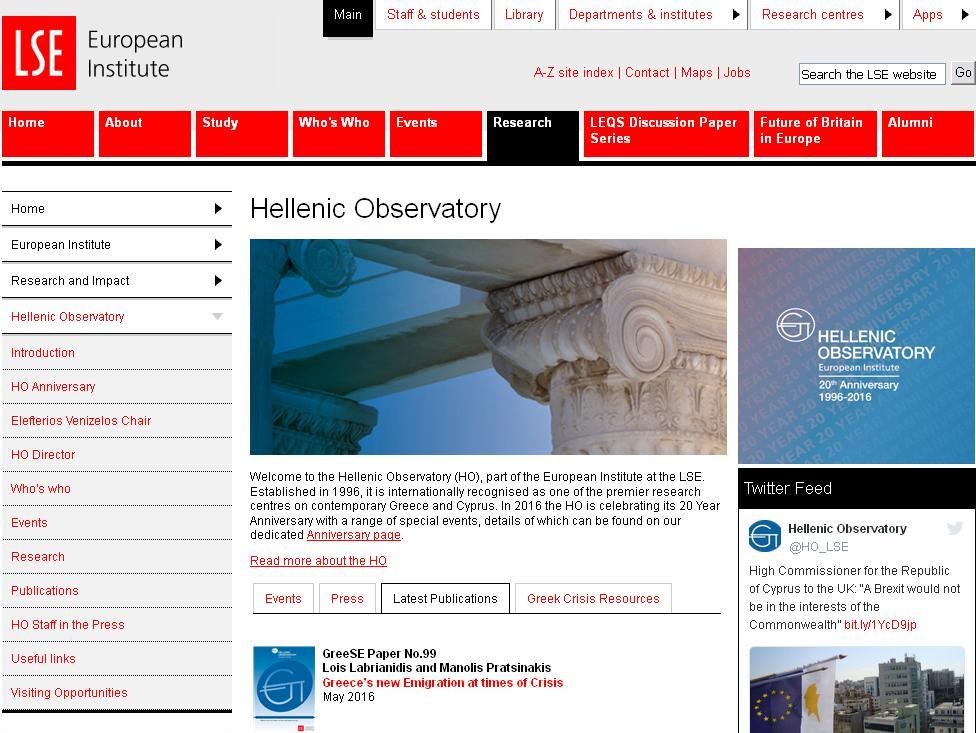