The week-long Holy and Great Council of the Orthodox Church that convened in the town of Kolymvari in Crete on June 20th, the first of its kind in more than 1,200 years, concluded its work yesterday (26.6) with the official announcement by his All-Holiness Ecumenical Patriarch Bartholomew, who sent a message of unity amongst Orthodox Churches.

Speaking from the town of Chania, were he presided over the Patriarchal Concelebration of the Divine Liturgy for the Sunday of All Saints (June 26th), the Ecumenical Patriarch noted that the “Holy and Great Synod has shown that the One, Holy, Catholic and Apostolic Church united in the faith, the sacraments and the testimony of its world, embodies and expresses genuinely the central ecclesiological authority and truth of conciliarity. That it lives as a Synod. In holy spirit of truth and true freedom.” He added that the Church should be understood as “substantially Synodical” and that the Synodical Decisions should be introduced in the life of the local Orthodox Churches, emphasizing on the word “conciliarity” as the main characteristic of the “unity, holiness, catholicity and apostolicity of the Church”. 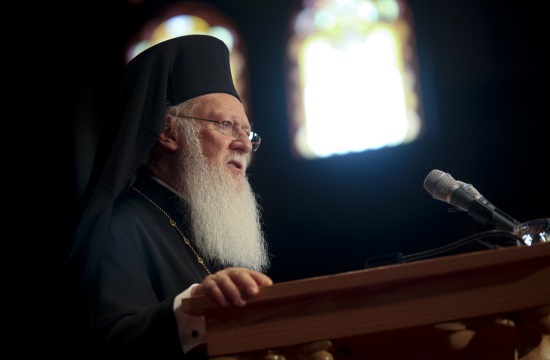 The Head of the Church of Constantinople who is placed first among equals in the world’s Christian Orthodox autocephalous Churches (self-headed or administered), presided over the works attended by the 10 Orthodox Leaders (out of 14) and 400 bishops representing 300 million Orthodox Christians in a historic meeting which was marked by the unanimous decisions to promote unity in the Orthodox World and specifically in the sacraments, the faith and the canonical structure of the Church. Clerics, theologians, observers and academics, gathered from around the world in a monumental meeting, the first since the East-West schism in 1053.

The six Pre-Conciliar documents that were in the agenda: The Mission of the Orthodox Church in today’s World, the Orthodox Diaspora, The Autonomy and the means by which it is proclaimed, the importance of Fasting and its observance today, The Relations of the Orthodox Church with the rest of the Christian World and The Sacrament of Marriage and its impediments, were extensively discussed and ultimately unanimously agreed upon with the adoption of various suggestions and clarifications proposed by the Primates and individual Hierarchs of the local Orthodox and Autocephalous Churches.

The Primates of the Local Orthodox Autocephalous Churches who participated in the Council also expressed their joy and support for the Council in their addresses, reaffirming their commitment to work together in unity and deepen their co-operation in the future, stressing the historical significance of its convocation. They also expressed their confidence that the Council opens a new era of ‘conciliarity’ for the Orthodox Church to express its positions on the contemporary problems of man in the world. 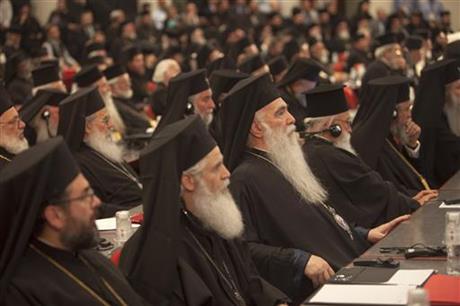 But the long awaited Synod (which was in preparation for decades), despite its positive results, gathered a lot of media attention mainly due to the last minute absence of the Patriarchs of Antioch, of Moscow, of Bulgaria and of Georgia, Primates of their respective autocephalous churches, for which Patriarch Bartholomew expressed his pain and regret at the inaugural session of the Council. Despite this abstention however, the Council concluded its works yesterday in a festive spirit, with the 10 Orthodox leaders stating their plans for the Council to become “a regular institution to be convened every seven or ten years”, while a message of support came also by the head of the Catholic Church Pope Francis, who had dispatched a senior delegation of observers to the council, and who praised it as a “step forward”.

The Greek state, headed by the President of the Hellenic Republic Mr. Prokopis Pavlopoulos and the representative of the Government Deputy Foreign Minister Yannis Amanitidis, honored and facilitated the works of the Council. Days ahead of the inauguration of the Council, Mr. Amanatidis had described the Great and Holy Council as an historic event, underlining the importance of the message of unity conveyed by the Council and pointing the support of the Greek government in the preparation of an “event of global importance”.