On 24 April, at the invitation of Foreign Minister Nikos Kotzias and his Chinese counterpart Wang Yi, a Ministerial Conference of ten countries is being convened in Athens to officially establish the "Ancient Civilizations Forum".

Apart from Greece and China, the countries invited are Egypt, Bolivia, India, Iraq, Iran, Italy, Mexico and Peru. The ten countries, which will meet around the same table for the first time, represent ancient civilizations such as the Egyptian, the Roman, the Persian, the Chinese, the Mesopotamian, the Mayas, the Incas, and those of the Indus Valley. Participating countries represent more than 40 percent of the world population and are at the center of international political developments in the Americas, Europe, Asia and Africa.

The conference aims to develop a broad and multifaceted positive agenda of joint actions and synergies of the participating states. It also aspires to act as a cultural diplomacy initative and initiate a broader debate on the role of culture as a key driver of a modern and multidimensional foreign policy also highlighting the international cultural cooperation as a factor for economic growth.

The Foreign Ministers of Greece and China stress in their invitation their common vision to utilize cultural heritage to promote friendly relations, international cooperation, peace, stability and prosperity: "It is a common conviction that the achievements of the past continuously gain in value, not when one rests on them, but when they are used to shape a better today and a more hopeful tomorrow".

The Forum is is a Greek initiative and yet another important link in the chain of initiatives a "multidimensional" Greek foreign policy has taken over the past two years, including the Conference on Religious Pluralism in the Middle East, the Rhodes Conference on Security and Stability, and the Quadrilateral Meeting of Greece, Albania, Bulgaria and FYROM, in Thessaloniki, on cross-border cooperation, as well as the Cooperation of the four EU member states of the Balkans.

During the Forum, in parallel with the Ministerial Conference, there will also be an academic conference at which distinguished professors from all of the Ancient Civilizations Forum countries will exchange views on the importance of culture as a source of soft power and on ways to utilise culture as a factor for economic growth.

The forum will be held at Zappeion Mansion in central Athens. The Forum proceedings will conclude with a press conference. Journalists accreditation is available here 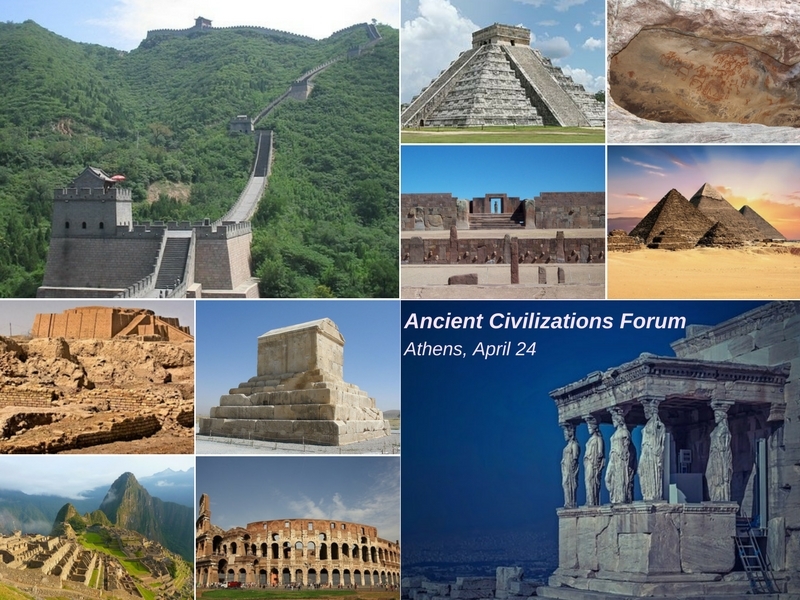